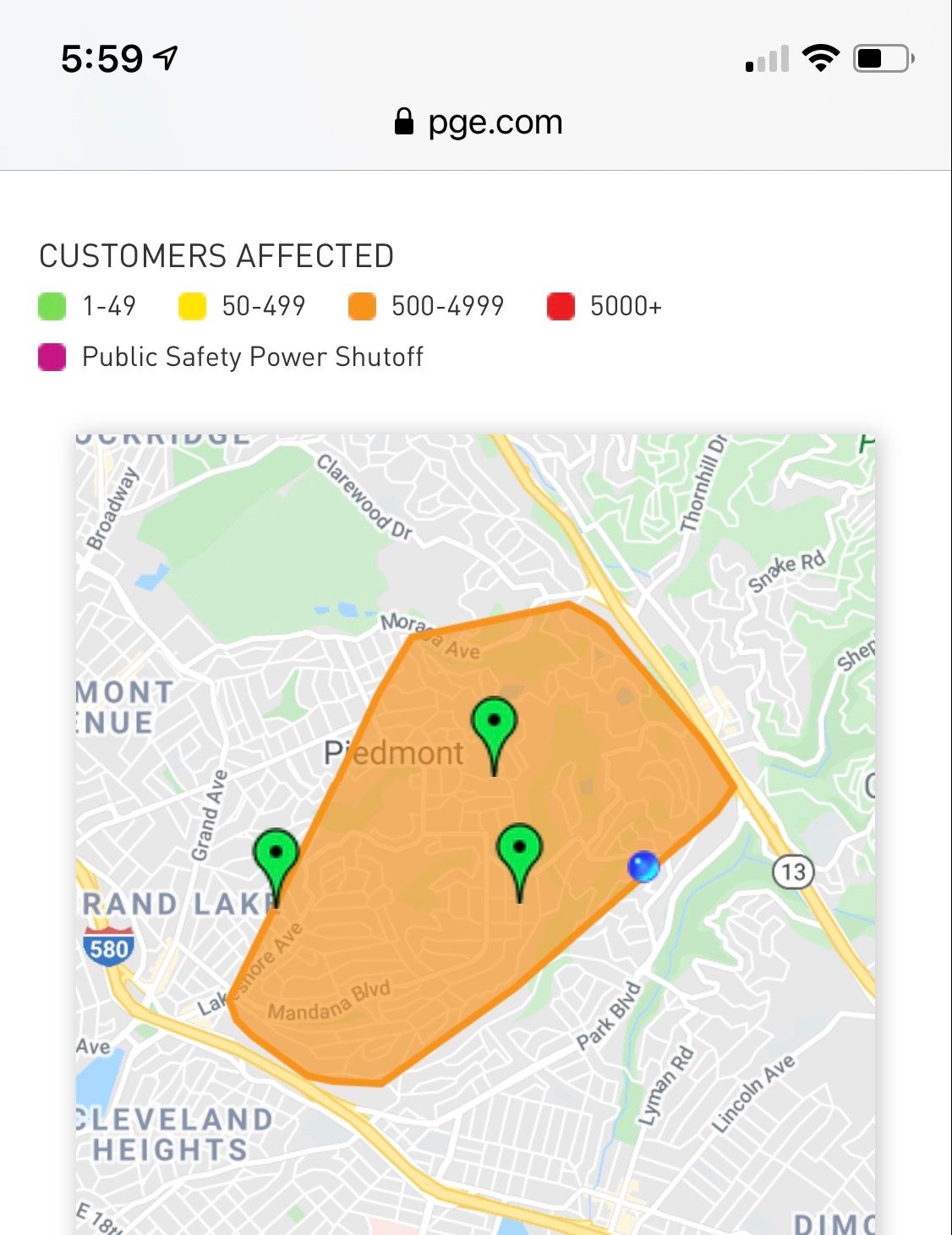 Almost 3,000 homes across a wide swath of Piedmont were without power Monday night from approximately 5:30 p.m. to 8:15 p.m., according to PG&E and homeowner reports on social media.

Residents near Estates Drive as well as homes in Oakland near Mandana Boulevard reported hearing a large explosion right before the blackout. Christine Brozowski, who lives on the corner of La Salle and Sea View avenues, reported on NextDoor.com that a large bird landed on a power line and touched another line, causing the large explosion across the street from their home and subsequent outage in town. The explosion was so large that it shook her house, she said.

“We literally thought a bomb had gone off,” she told the Exedra.

No power lines fell to the ground and smoking was all above the tree line — the Piedmont Fire Department came by and found no fire danger.

“The large bird (literally fried) was removed shortly” after the fire department assessed the scene, she said.

Six PG&E trucks and crew worked to repair the damage for much of the night, she said.