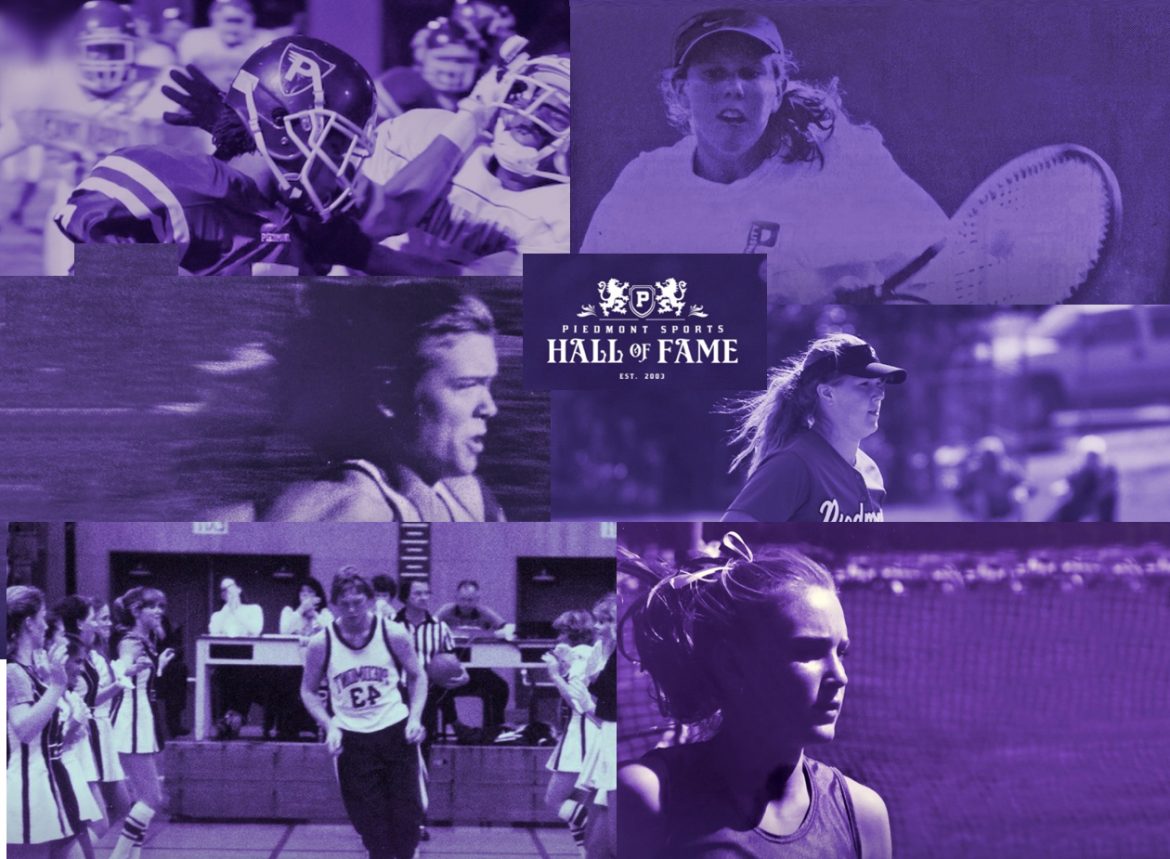 The inductees will be enshrined at a ceremony to be held at Claremont Country Club on Saturday, February 26, 2022 from 6:00 p.m. to 9:00 p.m. Details for the event, including how to purchase tickets, can be found on the Piedmont Sports Hall of Fame website www.PSHOF.org.

Kerri graduated PHS in 1999 and led the Girl’s tennis team to NCS all 4 years, highlighted by winning the team championship in 1998.  Kerri played doubles with Meghan Wardlaw and reached the semi-finals one year and finals another year.  As PHS team captain (’98) she won the CIF sportsmanship/citizenship award. Kerri was ranked in the top 20 USTA NorCal during juniors and was nationally ranked her senior year. At UC Davis, she was named the Western Conference D-II Rookie of the Year for 1999-2000.

Devin graduated from PHS in 2009 and was a dynamic athlete in football, basketball and baseball for the Highlanders. On the Gridiron, he was a three-year starter on both sides of the ball. As a senior, he led the State with 13 interceptions and earned 1st Team All-League honors, All-Area by both the San Francisco Chronicle and Contra Costa Times, and was named to the All-State 1st Team Defense by MaxPreps. Additionally, he received All-League in basketball in 2008 & 2009. After graduation, Devin took his athletic talents to the University of Massachusetts football program where he was a UMASS Scholar Athlete of the Year.

Lauren is a 2001 graduate. A Track and Cross-country standout, Lauren was the recipient of the Track MVP award all 4 years at PHS, a 4-year qualifier for NCS (North Coast Section), broke PHS records in the Triple Jump, 4×400 relay and 100 Hurdles, and qualified for the California State Meet. At Cal, Lauren competed in both Cross Country (2 years) and Track (4 years) where she was named Academic All-Pac 10 for Track and Field.

James graduated in 1981 and was a 3-sport star in football, soccer, and track. In Soccer, after his MVP year, James led the Piedmont team to its first North Coast Section Championship appearance, while earning Piedmont’s first North Coast Section Individual Player honor in 1981. He broke the school record for the Triple Jump and was the 1981 track Optimo winner. James was distinguished as team captain and a 1st Team All-League recipient in each sport. He received 10 total varsity letters at Piedmont High.