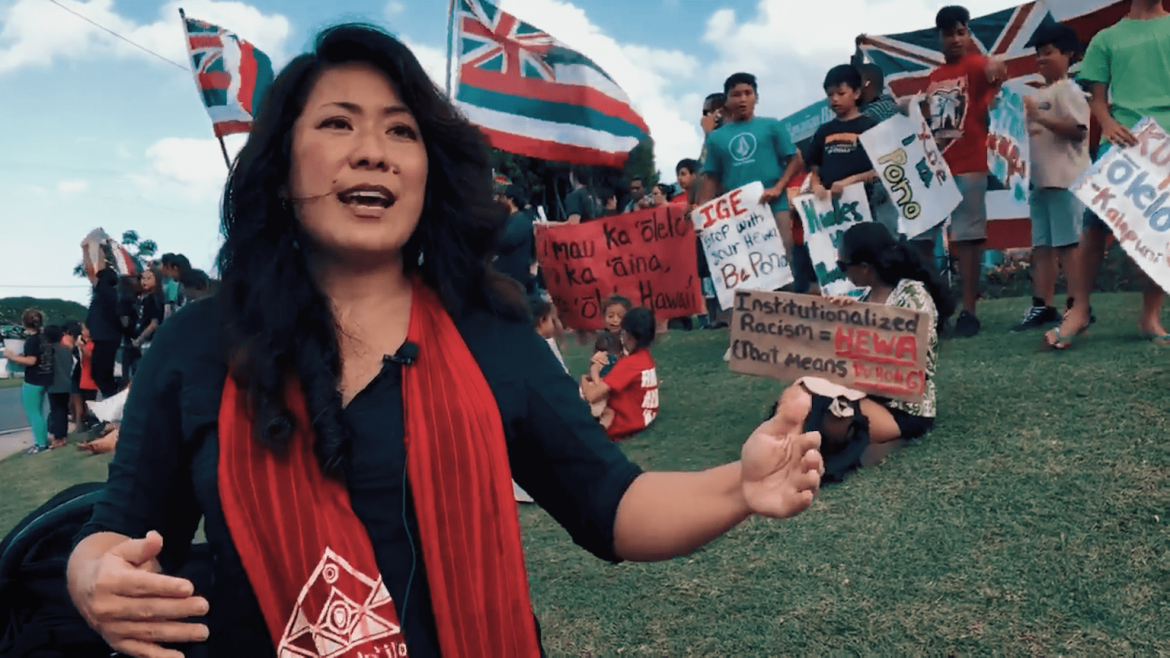 What distinguishes SF DocFest from the pack of other film fests is its firm commitment to showcasing regional filmmakers while spotlighting other outstanding nonfiction fare.

This year’s lineup reflects that and also presents viewers with two ways for checking out the goodies. Not only will the entire slate be made available to stream during its run, but there will also be 36 in-person screenings at San Francisco’s venerable Roxie Theater.

DocFest certainly opens Thursday on a high-energy note with Questlove’s remarkable “Summer of Soul,” a Sundance Film Festival winner that is both a tribute to influential Black musical performers as well as an incisive commentary on the underreporting of the 1969 Harlem Cultural Festival. Keeping in tune with “Soul’s” spirit will be an Opening Night Party that boasts a “Summer of Soul” roller disco. The party rolls from 8 to 10 p.m. at Church of 8 Wheels, 554 Fillmore St., San Francisco.

Closing out the festival June 20 is Jasmine Stodel’s “Kid Candidate,” her take on a 24-year-old’s unexpected campaign run after his tongue-in-cheek video, inspired by Bolinas director Harmony Korine, goes viral.

In between, there will be three world premieres — two with Bay Area connections — and the ceremony for the fest’s highly regarded annual Vanguard Award, presented this year to innovative filmmaker Keith Maitland, director of the powerful animated feature “Tower” and “Dear Mr. Brody,” one of the best films in the lineup (more about it below).

For a full lineup and to order tickets, visit https://sfindie.com/.

Here are a few notable features in the lineup.

“The Lucky Ones”: Schizophrenia remains one of the most misunderstood mental illnesses, an incurable condition wherein hallucinations and delusions are commonplace, which is often unexplored in the public sector.

Oakland director Debra A. Wilson creates a bridge to better understanding by following Oakland couple Alexander Hampton and Timothy Reed Hampton, both of whom are schizophrenic, through daily routines. We watch them go to work, deal with bed bugs, move and, most of all, support each other.

This poignant 25-minute immersive experience beautifully, convincingly captures the devotion each feels for the other. “The Lucky Ones” is receiving a world premiere. (https://sfdocfest2021.eventive.org/films/6062346843b4fa005adfa1c8)

The answer, for Murguia — the first Latino Poet Laureate of San Francisco — at least, is that those eloquent words have power to carry on an attack on unjust conditions. It’s a philosophy that’s been a guiding force in Murguia’s career and his personal life as the 33-minute “Keeper of the Fire” substantiates through Murguia’s words as well as those of others such as the late Lawrence Ferlinghetti, writer/co-founder of San Francisco’s City Lights Bookstore.

“Keeper” sprinkles in vintage images to illustrate all phases of Murguia’s life. But best of all, besides the cute-as-could-be childhood photos, are the shared memories of the Bay Area Beat poets and ’70s Mission arts scene. That lights up “Keeper of the Fire,” which is also receiving a world premiere. (https://sfdocfest2021.eventive.org/films/606235ba647742004c4c1526)

“Fruits of Labor”: By adopting a fly-on-the-wall perspective of the hardworking life of Ashley Solis, a California teen farm laborer and senior high school student, Oakland director Emily Cohen Ibañez accomplishes two significant goals. Foremost, she creates a portrait of a smart, determined and courageous young Latinx woman confronting ICE raids within her community. Secondly, Ibañez and Ashley invite us into the daily routine and the exhausting balancing act Ashley manages by both caring for her family and pursuing her own dreams.

“Fruits of Labor” covers both with conviction and clarity through Ashley’s actions and intentions. It shouldn’t be missed. (https://sfdocfest2021.eventive.org/films/603e88c7fea5210045160dc5)

“False Alarm”: When an emergency alert mistakenly got blasted out in January 2018 and stated that nuclear missiles were heading toward Hawaii, 38 minutes of panic and fear put a stranglehold on the islands.

In his interview-heavy look back at that unfortunate event, Oakland director Nick Lyell mulls not only what happened that day but also our own responses and reactions to the false alarm.

Lyell’s film takes an intriguing look beyond the outraged talking points and ponders deeper issues on fearmongering, politics and the failure to provide safety shelters, should this have been an actual attack. (https://sfdocfest2021.eventive.org/films/60808c7eef6051004c4fe07e)

Callahan obviously gained the confidence and respect of his subjects, Josh and Cassidy, who share their triumphs and relapses without holding anything back. We root for these two guys, participants in a Christian recovery program in the South, as they try to achieve a dream together and keep their demons at bay.

Callahan’s film is a hopeful testament to the power of both friendship and recovery, but it also importantly stresses the idea that there are no shortcuts when going clean. (https://sfdocfest2021.eventive.org/films/607dd3f3bd39f00029120e7e)

“Dear Mr. Brody”: If you’re wondering why filmmaker Keith Maitland is receiving this year’s Vanguard honor, watch this, his latest outstanding documentary that takes a refreshingly unjaundiced view of a notorious event.

Maitland’s oeuvre never shies away from risk-taking approaches. His 2016 “Tower” used animation to relay harrowing accounts of survivors from the 1966 shooting at the University of Texas at Austin. With “Brody,” he again dips into his creative bag of cinematic tools for this tragic yet uncynical American tale of the late margarine heir Michael James Brody, Jr. The self-described millionaire shocked the nation in 1970 when he offered to give away his millions, triggering a spectacle and a flood of letters, many of which remained unopened.

“Brody” revisits the troubled heir’s grand gesture and his fall into disgrace, but Maitland sees something inspiring in those letters that transcend a request for wealth, resulting in one of 2021’s best documentaries. (https://sfdocfest2021.eventive.org/films/6062295fa1c1cb003ec49a8e)