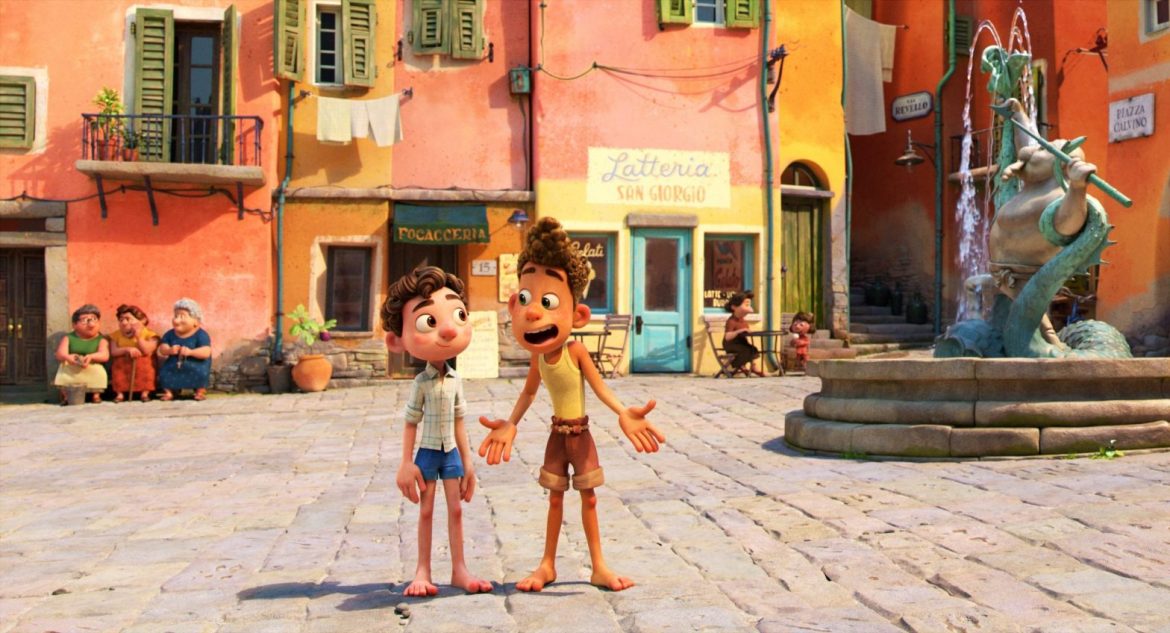 Pass the Remote is ready to hit the beach or, at the very least, hang out by the pool — with sunblock on, of course.

This week, we’ve caught the summer vacation bug so bad we’ve packed our cinematic bags and are traveling vicariously by basking in films that sprint us off into exciting new directions.

“La Piscine”: If you’re looking for something hot and sexy, saunter your way over to a Bay Area theater showing this sumptuously restored version of Jacques Deray’s 1969 neo-noir. It’s a decadent delight as gorgeous people with questionable morals and spiffy swimwear face their comeuppance at a villa near Saint-Tropez.

Deray’s film isn’t explicit, but it is intensely sensual with the camera all but caressing the toned, bronzed torsos of stars Alain Delon and Romy Schneider. They play lovers who start toying with each other while house-sitting at a South of France villa. Those games turn deadly with the arrival of two unexpected houseguests, a former flame (Maurice Ronet) with brusque confidence and his pouty 18-year-old daughter (Jane Birkin). You can see evil lurking under the sun from the get-go, and Deray and his cast keep us deliciously entertained as crimes of passion happen.

“Luca”: Even though Pixar’s 24th animated feature takes us to the sunny Italian Riviera, this delightful sea-monsters-out-of-water fable couldn’t be more Bay Area. Not only is it from the Emeryville-based animation studio, but also the director Enrico Casarosa lives in Berkeley while producer Andrea Warren hails from Alameda and one of its voice actors — Emma Berman — lives in San Francisco.

Besides all that Bay Area love, “Luca” is a celebration of Italy — its cuisine, people, scenery and tall tales. The easygoing story about a formative friendship between two sea-monster boys (Jacob Tremblay and Jack Dylan Grazer) who magically transform into humans on land is sweet and moving. “Luca” is not only a love song to important young friendships, but to Italy itself.

“Sublet”: Eytan Fox’s latest is a perfectly calibrated drama about the generational gap that exists but doesn’t hinder the relationship between two gay men: one a middle-aged New York Times travel journalist (John Benjamin Hickey) and the other a harried but hopeful filmmaker (Niv Nissim).

What could have been a standard-issue clash between old and new molds into something more substantial as these men discover a common bond; both are nursing hurts. Set in Tel Aviv, “Sublet” is wonderfully human and humane.

“Anaconda”: Who could resist a big-screen revisit featuring J.Lo tangling with not only a gargantuan anaconda but also a chew-up-the-scenery Jon Voight? The Smith Rafael Film Center puts some creative bite into its “Science on Screen” programming with this one-night screening of the 1997 cult classic, a howler about a supersized snake on the Amazon River that’s taking a cue from the shark in “Jaws.”

Despite the pleasure of seeing this guilty pleasure on the screen again (for some, like me), you’ll be treated to an engaging, informative conversation with Petaluma Wildlife & Natural Science Museum’s Phil Tacata, who is also the director of the marine science program at Petaluma High. He’ll separate the truth from the fiction here about anacondas. I suspect it will be weighted to the fiction.

The Sundance winner “Ma Belle, My Beauty” whisks you away to France where polyamorous passions reignite and a songbird melts your soul.

If you want a good old-fashioned historical romance about star-crossed hunky lovers, “Firebird” will make you swoon.

And if you’re in the mood for a good cry, don’t miss “Dear Tenant” from Taiwan. It’s a lovely heartbreaker about a grieving gay piano teacher who becomes the parent to the son of his dead lover.

For the full schedule, dip in here: https://www.frameline.org/festival/film-guide-x7877.

“Changing the Game”: Speaking of Frameline, the nonprofit organization has selected a standout one for its 2021/2022 Youth in Motion Film — Michael Barnett’s exceptional documentary on the triumphs and challenges that get thrown in the paths of high school athletes who are trans.

The acclaimed film is available now on Hulu and relates the stories of three athletes. One of the most high-profile athletes profiled is Mack Beggs, a wrestler from Texas who made national headlines when parents expressed outrage about him being placed in the girls category. Beggs’ story is particularly moving, given the support he found from his grandparents. It’ll make you tear up.

Frameline and the film’s producers are currently creating a film guide and will come up with resources that could then be used in schools. It couldn’t be more needed.