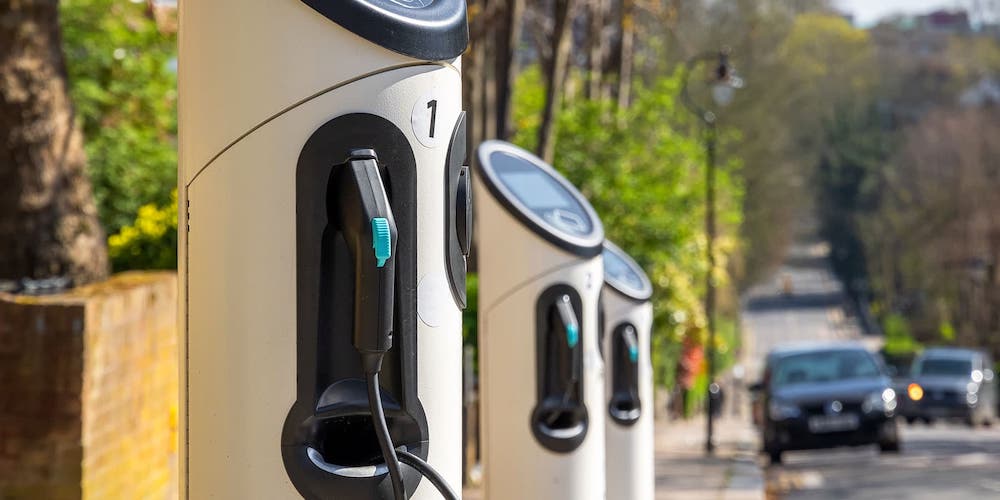 The council discussed a potential 10-year agreement with East Bay Community Energy to install two dual-port fast-charging stations — which could charge up to four vehicles at a time — on Bonita and Vista Avenue near City Hall and Piedmont High School. The two stations would be installed, owned, maintained and operated by EBCE at no cost to the City of Piedmont. Anyone with an electric vehicle could use them.

Council members said they strongly support the idea of vehicle chargers, but several members (Vice Mayor Tim Rood was absent from Monday’s meeting) had questions about how long vehicles would be allowed to use the four designated spaces. EBCE representative Jessie Denver said the energy firm favors a one-hour time limit, which would encourage turnover at the charging stations.

Acknowledging that internal-combustion vehicles would not be allowed to park in those four spaces, Piedmont police Capt. Chris Monahan said it would likely fall to police to cite violators, and even possibly impound some vehicles.

Acting in City Administrator Sara Lillevand’s stead, Piedmont special assistant Paul Benoit suggested delaying a vote to approve the 10-year agreement with EBCE until the above issues could be clarified. Council members embraced that idea, saying the matter could return to the council in a month or two.

“We want this (agreement) to be in the best shape it can be,” Councilwoman Conna McCarthy said.

There’s no question city leaders want to get EV chargers in place as soon as practical. One goal, said city Planning and Building Manager Kevin Jackson, is to help make it easier for Piedmonters to own electric vehicles. Several potential locations for future charger locations are being considered, he said.

A random sample survey of 400 Piedmont residents done in June 2020 showed 79 percent of them support a program for public chargers in Piedmont; 49 percent said they would probably use the chargers, and 48 percent said availability of chargers could convince them to buy an electric vehicle.

Margaret Ovenden of Piedmont asked whether a reservation system is possible, or whether there could be an app that shows whether the four spaces are occupied.

“We probably need more chargers, for city employees and school employees,” Ovenden said. “But this is a start.”