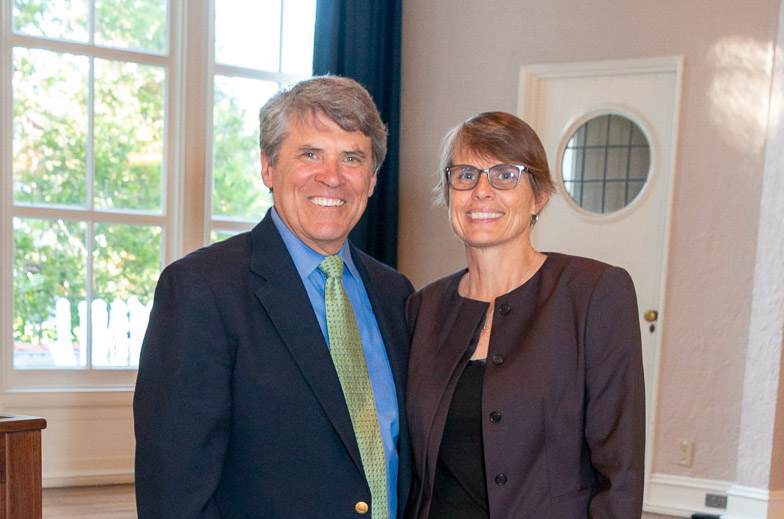 In addition to helping to manage the pool project, Paul Benoit is also pinch hitting for city administrator Sara Lillivand who is on a 7-week leave to care for family.

Paul Benoit was the city’s top administrator from 2014 until 2019, when he retired to Oregon. He came back — via Zoom, anyway — in January to work as a special assistant to the city helping usher the city’s big swimming pool construction project.

And on June 7, the Piedmont City Council amended Benoit’s special assistant contract seeking “additional assistance,” as City Administrator Sara Lillevand takes an anticipated seven weeks off to care for her mother, who is battling an illness.

“I’m willing to do it for the City of Piedmont, and for Sara,” said Benoit, who has returned — physically — to Piedmont, working out of City Hall, to fill in for Lillevand. “I’m happy to be in a position to help the city and Sara out.”

In light of Benoit’s expected seven weeks of work performing Lillevand’s usual duties, the City Council — as a “consent calendar” item on June 7 — voted to amend Benoit’s contract to pay him $116 an hour, up from $111 an hour — with no benefits — both to cover what is called the “City Administrator Assistance Project” and the pool project-related work. Even with the newly added duties Benoit is taking on, he will still be paid for a maximum of 960 hours of work. The amended contract will pay Benoit a maximum of $4,800 in additional compensation.

Lillevand, meanwhile, is taking accrued vacation time to care for her mother.

Benoit said he will stand in for Lillevand at City Council meetings, too, starting Monday night, June 21.

He is familiar with much of the work, and with most of the people. He said he worked with many of Piedmont’s staffers while he was city administrator, and has met several others in the course of his pool project work.

As for his temporary return to Piedmont, Benoit said, “I feel like it’s a nice soft old glove that fits you perfectly.”