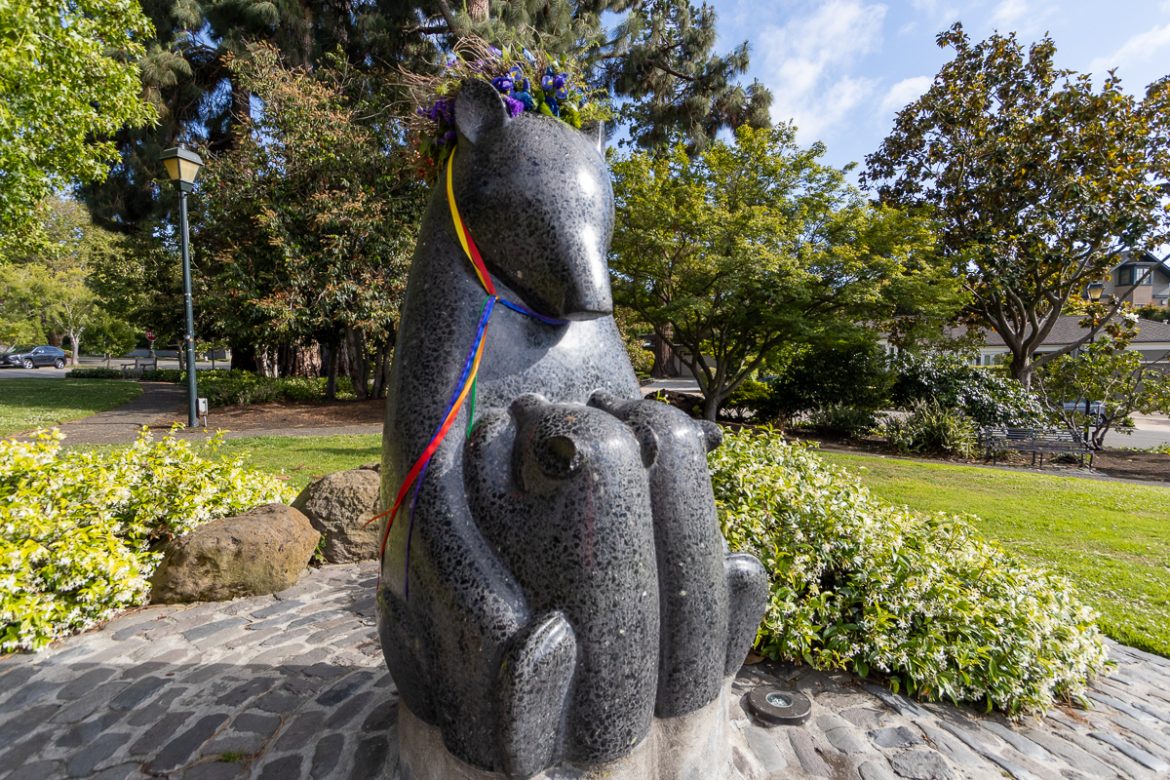 Thanks to Piedmont Beautification Foundation, Public Works and PHS sophomore Eve Tellegen, rainbow colored arrangements were spotted around town this past weekend.

The Pride Month-themed floral pop-ups were the inspiration of Tellegen, who came up with the idea for her Girl Scout Silver Award project that she started on in June 2020.

“The idea of the award is to find a root problem in your community and work towards a solution,” Tellegen said in an email. “When I was trying to think of ideas, I noticed all the city decorations for Pride Month in places like San Francisco, Emeryville, Alameda and Berkeley. I haven’t noticed Piedmont doing as much as some other surrounding cities and I thought it would be nice to see if the city could implement some additional decorations during Pride Month,” she said.

“I had the opportunity to speak at the city council meeting about my project and my hope that the city could implement decorations in future years. Shortly after, Gayle Lambert and the Piedmont Beautification Foundation reached out to me with an idea for flash floral arrangements. I had sent my proposal to them before, and they were very supportive. The city was also very supportive with this plan. I am so grateful for the Piedmont Beautification Foundation and everyone who helped put the flower caper together,” she said.