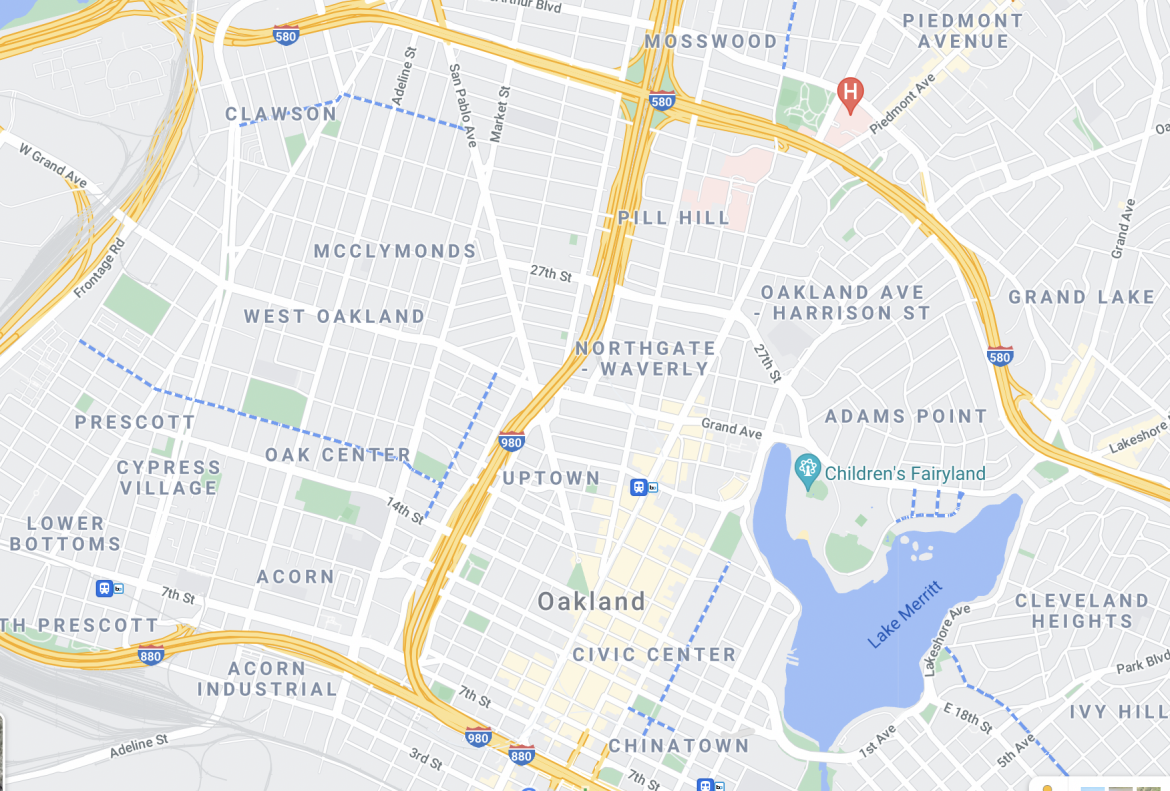 Jerry Brown, who had served two terms as governor of California and had run unsuccessfully for president three times and the U.S. Senate once, re-entered politics in 1997 by declaring his candidacy for mayor of Oakland.

Brown delivered the last segment of the radio talk show that had occupied him after his third and final White House run, walked downstairs in his home-workplace-auditorium in Oakland’s Jack London Square and announced his mayoral run to a clutch of waiting political journalists.

As Brown laid out ambitious plans to revive Oakland, he sharply criticized what locals called the Grove-Shafter Freeway — formally known as Interstate 980 — for dividing poverty-stricken and largely Black West Oakland from the shabby downtown he hoped to resuscitate, and suggested that it should be demolished.

As Brown railed against the freeway as a quasi-segregationist wall, one journalist interrupted to ask, “Didn’t you build that freeway?” Rather sheepishly, Brown acknowledged that he had, indeed, sanctioned its construction as governor two decades earlier.

Oakland’s business and political leaders of the era saw I-980 as a conduit that would bring affluent suburban shoppers into the city and as an approach to a long-planned (but never built) bridge that would connect Oakland’s airport to San Francisco’s airport across San Francisco Bay. Even West Oakland’s leaders supported the project after winning promises for more housing and other civic improvements that Brown incorporated into his construction order.

Brown’s mayoral election in 1998 was his first step back up the political ladder. He went on to become California’s attorney general for four years and then recapture the governorship for two more terms. Meanwhile, back in Oakland, the decades-long local debate over whether I-980 should stay or go continued to rage.

Schaaf’s administration is studying how it could be demolished and how the vacant land left behind would be used. She has said that in its place, “we want livable infrastructure that creates local economic opportunity, reconnects neighborhoods, and connects the region.”

An organization called ConnectOakland has suggested a tree-lined boulevard flanked by a “livable urban environment” of residences, open spaces and neighborhood commercial facilities.

I-980 is also on a list of the nation’s 10 most obsolete and divisive freeways drawn up by the Congress for the New Urbanism, called “Freeways Without Futures.”

“Freeway construction was a disaster for city neighborhoods in the 20th Century,” the report says. “Many neighborhoods were divided in two — their main streets demolished and businesses closed, disproportionately in minority communities.”

The newest wrinkle in the Grove-Shafter saga is a chance that President Joe Biden’s immense infrastructure plan might supply demolition money.

California’s new U.S. senator, Alex Padilla, has joined those seeking its removal as part of a larger nationwide effort to erase some freeways that have lost local support.

“For far too long, some Californians have faced historic barriers to mobility and economic opportunity due to highway construction,” Padilla said in a statement. “This injustice has deliberately targeted communities of color by demolishing homes and small businesses. In Oakland, California, local leaders are considering opportunities to repair the inequities caused by the I-980 freeway and reconnect West Oakland to the city’s downtown.”

If, indeed, the demolition becomes a reality, Oakland should invite Brown, its former mayor, to the concrete-busting ceremonies. His presence would close the circle.