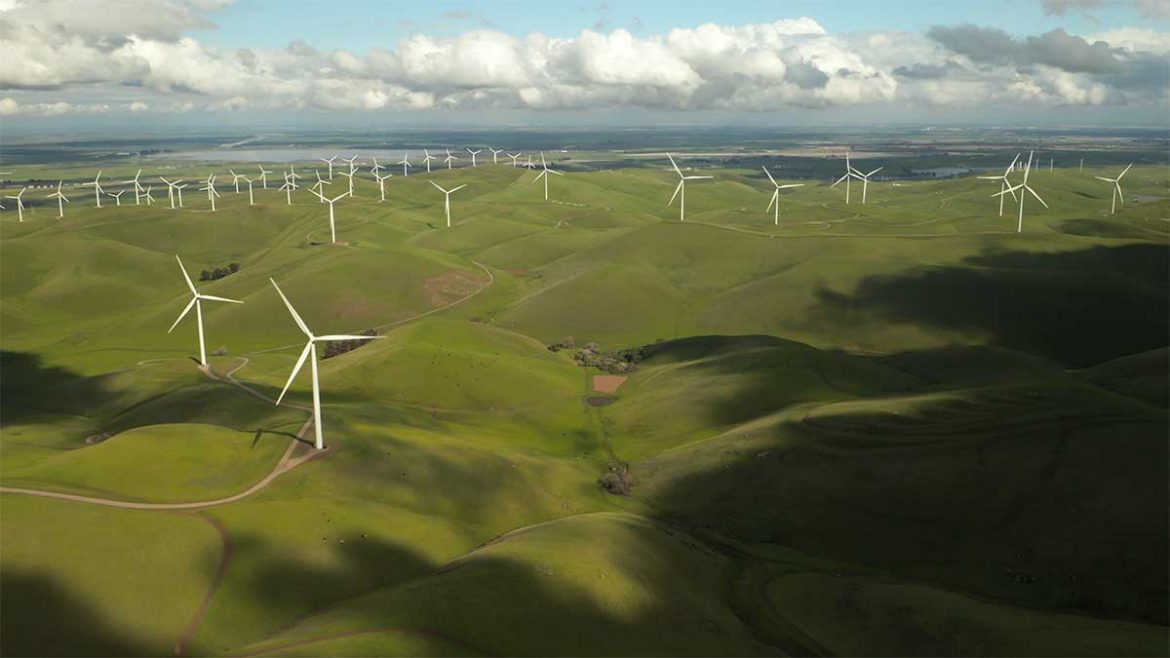 Windmills line the Altamont foothills near the Alameda-Contra Costa county border. A new study finds that while California could generate millions of new green-energy jobs over the coming decade, disruptions to the fossil fuel industry could have a dramatic impact on Contra Costa County in particular. (Photo by Tyler Casey/Unsplash)

As California’s economy reopens, numerous labor union representatives at a recent news conference demanded a safe and equitable transition to the green economy for workers.

Union members made their demands virtually Thursday, also sharing their thoughts on a new related report on California jobs by researchers at the University of Massachusetts at Amherst.

“Our study shows how to get there,” Pollin said.

As California transitions to a greener economy, new jobs can be created while other jobs will be lost.

Pollin said about 112,000 workers are employed in California’s fossil fuel and bioenergy industries and about 58,000 are expected to lose their jobs by 2030 as those two industries contract and coal use ends.

The damage may be most severe in Kern, Contra Costa, and Los Angeles counties, where 50 percent of all fossil fuel job losses will occur when the state’s fossil fuel industry contracts, according to the study.

But about 350,000 a year can be created with the investments that Pollin’s team suggests.

About 320,000 of those will be created in Los Angeles County.

Some of the money from the $138 billion to be invested would go toward helping those out of work train and relocate, if needed, to new jobs, according to the report.

If President Joe Biden gets the American Jobs Plan passed, it could provide $40 billion a year for clean energy and infrastructure investments in California, covering about 60 percent of the $70 billion that may need to come from public funding.

“The Congressional THRIVE Agenda would provide about $100 billion per year for the clean energy, infrastructure/manufacturing and land restoration/agriculture programs we describe,” the researchers said.

Also, the state can borrow to supplement federal funding.

Union members who spoke at the news conference were excited about the prospect for one million new jobs, but they want them to be good-paying, union jobs.

Some union members were sober about the prospect of the fossil fuel industry coming to an end.

Norman Rogers, vice president of the United Steelworkers Local 675 said working at a refinery it’s hard not to see the writing on the wall with cars like the Prius and Teslas on the road.

“Now is the time for an equitable transition,” he said.

He wants to make sure workers nearing retirement, those at the mid-career level and newcomers are taken care of.

Dave Campbell, secretary-treasurer for Local 675, said they are prepared to take Pollin’s work to Gov. Gavin Newsom to discuss “securing the funding for this disaster relief and recovery package for fossil fuel workers, in this budget cycle.”