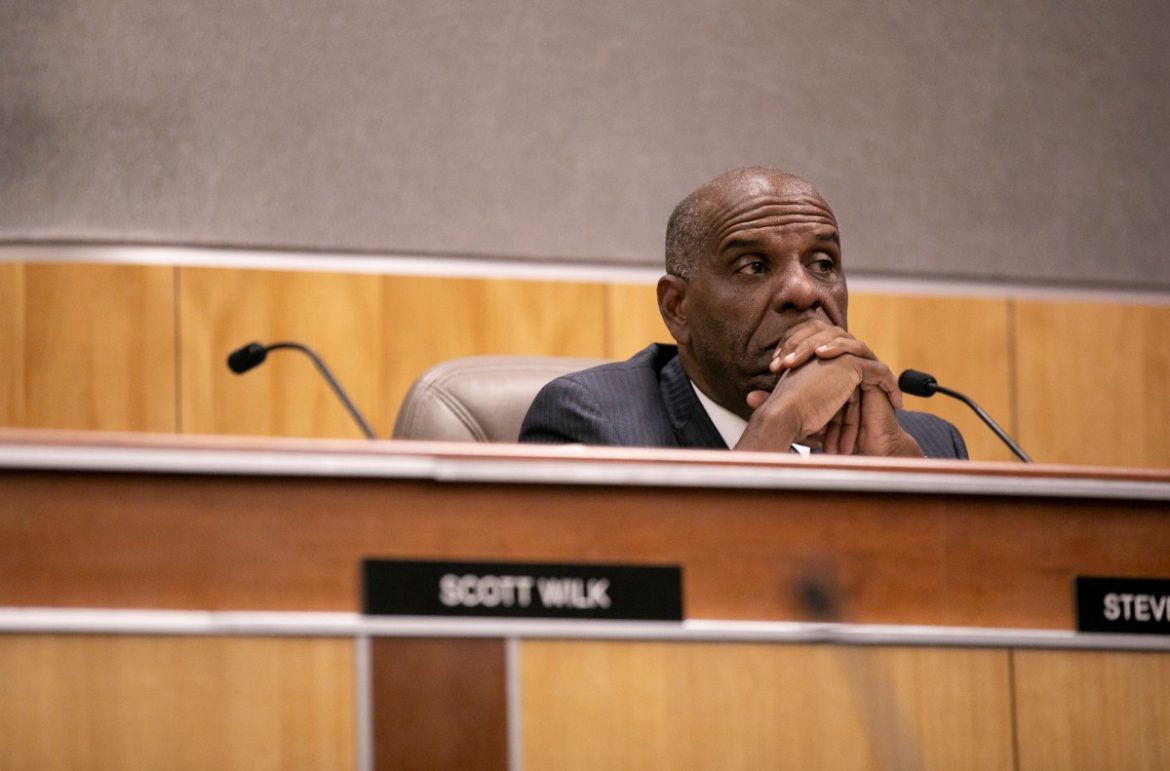 Sen. Steven Bradford, now a member of the state's reparations committee, listens to testimony during a Senate hearing in 2019. Photo by Anne Wernikoff for CalMatters

California kicked off a two-year study into how the state might compensate African Americans for slavery and its lingering effects on Tuesday, when a newly formed reparations committee met for the first time.

The first-in-the-nation committee is the result of Gov. Gavin Newsom last year signing a bill authored by then-Assemblymember Shirley Weber, whom he subsequently appointed as California’s first Black secretary of state. The nine-member task force will draft an apology to Black Californians and recommend ways the state might make up for discriminatory policies, which could include issuing direct payments to the descendants of enslaved people or passing laws to close racial disparities.

State lawmakers have zeroed in on homeownership as one of the main ways to close the wealth gap between Black and white Californians. On Tuesday, the Assembly and Senate unveiled a joint spending plan — which they’ll use to negotiate with Newsom ahead of the June 15 deadline to pass a budget — that proposes developing a program in which the state would pay for, and own, up to 45% of a home. That would cut the purchase price nearly in half, allowing more families to buy homes and build wealth, lawmakers say. Both Newsom and legislators also proposed setting aside $200 million to facilitate homeownership for first-time buyers and low-income Californians.

President Joe Biden also announced a series of initiatives to expand Black homeownership during a Tuesday speech in Tulsa, Oklahoma, commemorating the 100th anniversary of the Tulsa Race Massacre.

The state Legislature also wants to funnel $115 million annually into community-based health equity and racial justice efforts and $63 million into the California Reducing Disparities Project. Newsom’s budget proposal had been slammed by California health groups for its “unfortunate absence of investments towards health equity.”