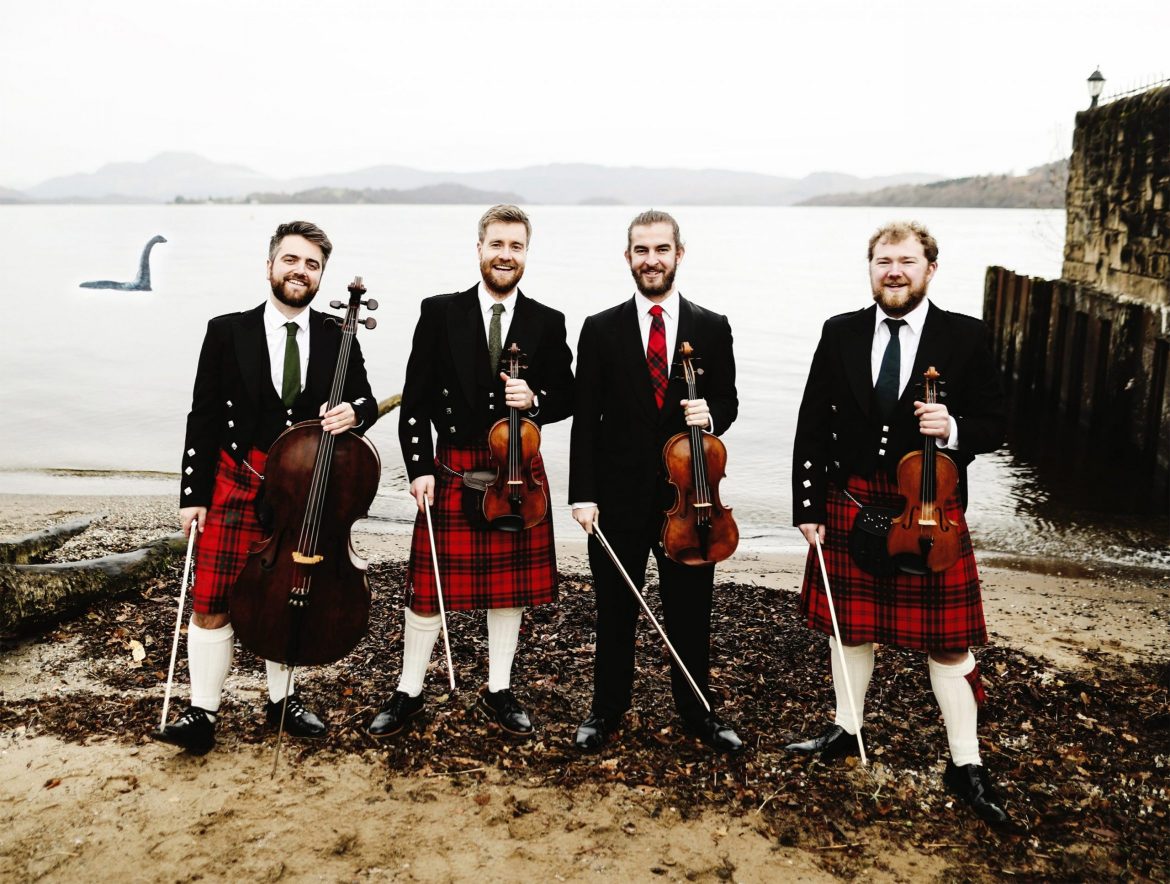 Musical gems from Monteverdi: The incomparable Jordi Savall, the conductor, composer and multi-instrumentalist who has done more than anyone to re-popularize the Renaissance-era viola da gamba in the modern world, is a familiar and beloved figure to Cal Performances audiences.

On Thursday at 7 p.m. the Grammy-winning musician and the vocal ensemble he founded, La Capella Reial de Catalunya, will perform selections from Monteverdi’s “Madrigals of Love and War” in a full-length, professionally produced concert filmed in his native Catalonia, Spain, and streamed to viewers via the Cal Performances at Home digital series. The program, which includes the hauntingly beautiful song “Lamento della Ninfa” (https://youtu.be/XQZ83THDMBk), begins with a “watch party” and will remain accessible to ticket buyers through Sept. 1.

Four bonny bearded lads from Scotland: We heard they absolutely kilt at their last performance, so settle in at your digital screens and give a look-see and a listen to the Maxwell Quartet.

These prize-winning string players, formed in Glasgow in 2010, are up next on the Music at Kohl Mansion’s roster of performers, giving virtual recitals at 7 p.m. Sunday with a repeat at 6 p.m. June 10. The guys are well-versed in both the classical repertoire and high-spirited Scottish folk songs (witness here: https://youtu.be/cwCoX_1MC2c), and their Kohl Mansion programs will comprise both Dvorak’s String Quartet No. 13 in G Major, written shortly after he returned home to Prague after his long and fruitful sojourn in America, and transcriptions of popular Scottish folk tunes.

Musicologist Kai Christiansen will provide insights into the chamber program a half hour before its start. Tickets are $20, available at musicatkohl.org or by calling (650) 762-1130.

ODC fest returns: ODC/Dance Company’s annual summer festival is back beginning this week, and while organizers opted to keep it virtual for 2021, they sure lined up an impressive cast of performers and choreographers.

The opening session on Thursday features two past ODC works, “Love on the Run,” from 2011, and “Walk on Air (Against Your Better Judgment),” from 2020, as well as new works from three recipients of ODC’s Opportunity Fund grants. Works touch on everything from Japanese and Mexican mythology and gender-reveal party disasters to a drag performer’s take on feminism and Robert Moses’ musings on a world on edge. Single tickets are $10-$75 and festival passes, which include bonus content and invitations to virtual receptions, run $70-$100. Go to https://odc.dance.

Fighting hate with laughs: In a response to the distressing rise in hate and violence directed at Asian Americans and Pacific Islanders, TheatreWorks Silicon Valley, with the help of a bunch of its friends, is presenting a reading of a Filipino American comedy.

The livestreamed reading of “Writing Fragments Home” by Bay Area playwright and TheatreWorks casting director Jeffrey Lo, takes place Friday and will be carried by more than 40 participating theater companies in the Bay Area and beyond. Donations (cleverly categorized with titles taken from popular Filipino dishes such as “Lumpia Tray” and “Chicken Adobo”) will benefit Compassion in Oakland, a new nonprofit created in reaction to the anti-AAPI attacks and dedicated to promoting safety and healing in Asian communities.

Lo’s “Writing Fragments Home” touches on family customs, the arts and Asian culture, and follows a writer’s attempts to discover his voice while being exposed to various forms of racism. Performers include Jomar Tagatac as the central character, as well as Bay Area actor and “Gilmore Girls” alum Emily Kuroda and several others directed by Victor Malana Maog.

The reading livestreams 7 p.m. Saturday and will be available on demand through June 9. Access is free, but suggestion donations range from $15-$100. Go to theatreworks.org.

Catch 2 theater titans: Sir Derek Jacobi is one of the world’s most distinguished stage and screen actors going, with an astoundingly rich history in Shakespearean performances. It would be easier to list which of the Bard’s plays he has not starred in. His partner of more than 30 years, actor, director and producer Richard Clifford, also has a deep resume of performing and helming works from Shakespeare and other literary heavyweights.

You can catch the pair together, unscripted, on Saturday in conversation with California Shakespeare Theater resident dramaturg Philippa Kelly. They’ll discuss such matters as their thoughts on a variety of stage and film classics, which new works they enjoy and perhaps the most burning theatrical question of our times: Did Shakespeare totally scam us into thinking he wrote all those awesome plays, or what?

Check into Cal Shakes’ website, calshakes.org, at 11 a.m. Saturday to catch the Zoom interview, which will run about 30 minutes before turning the questions over to the audience. Access is $20. The interview will also be made available on demand at a later date.