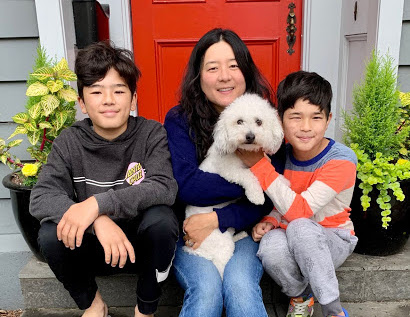 Amy, Teddy, and Charlie with Yogi

Adoption Story: He came from Antioch Animal Services. He was found on the street and originally named Belford, for the street he was picked up on. He was filthy and matted everywhere when we first met him, but his spirit was evident. We wanted him immediately.

Interesting Facts: He survived after his hind legs were paralyzed due to a spinal injury common in long, low to the ground dogs. He had spinal surgery and recovered. Now, he can’t get down certain stairs and jumping is off-limits, but overall he’s back to his spunky self.