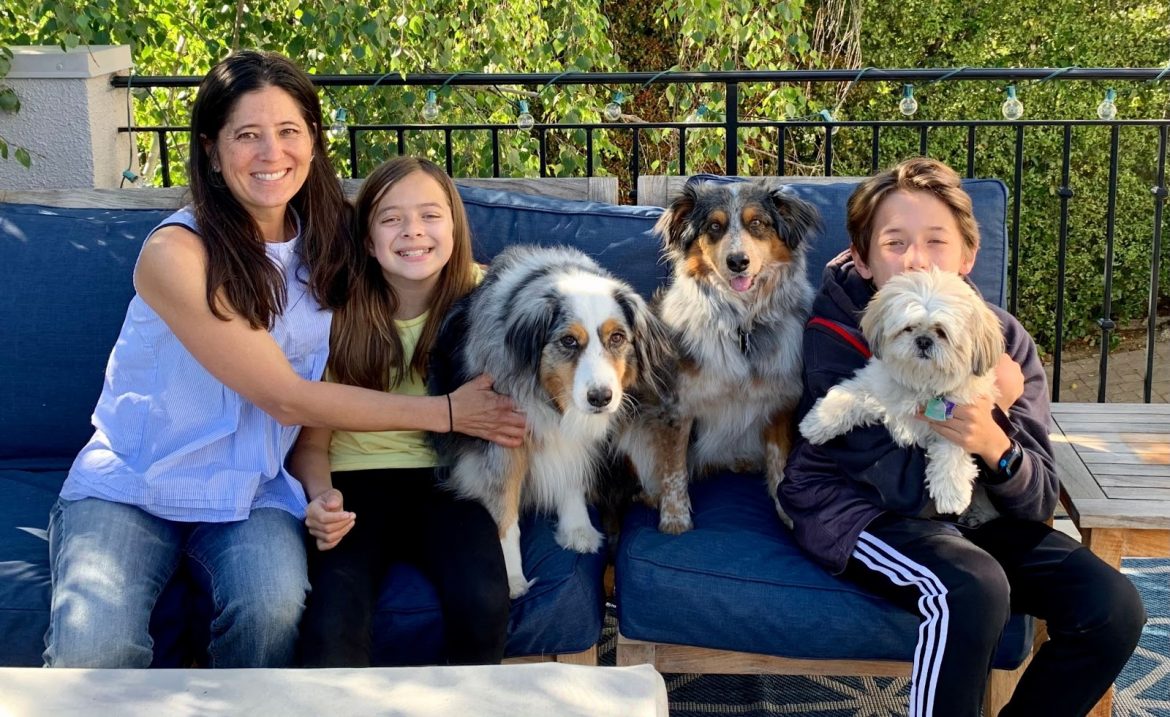 Cindy Hinman, far left, with her canine and human family, from left to right: Juliet, Hope, Piper, Will, and Poppy

Age: Hope is 8 years old, Piper is 6 and we aren’t sure about Poppy’s age, we guess around 10 years old.

Breed: Hope is an Australian shepherd, Piper is an Aussie cattle dog mix and Poppy is a shih tzu.

Adoption Story: Hope was supposed to be a show dog. Her previous owner didn’t want to show her anymore and were looking to re-home her. We adopted her when she was a year old.  We adopted Piper as a puppy from a rescue organization called Stonecliffe Animal Rescue in the Central Valley. Finally, we adopted Poppy three years ago from Contra Contra Animal Services. She was in terrible shape – very matted fur and several rotting teeth. She is now the most high maintenance of the three dogs!

Likes: The two big girls love off leash dog hikes, the beach and playing in snow. The little one always wants to join but oftentimes needs to be carried. Our dogs are also very food motivated.  Hope and Piper know several tricks and will do anything for a treat. Mostly, our dogs love hanging with their family.

Dislikes: They don’t like being separated from each other or being left home alone.

Interesting Facts: Hope thinks she’s the boss and Poppy also thinks she is the boss!