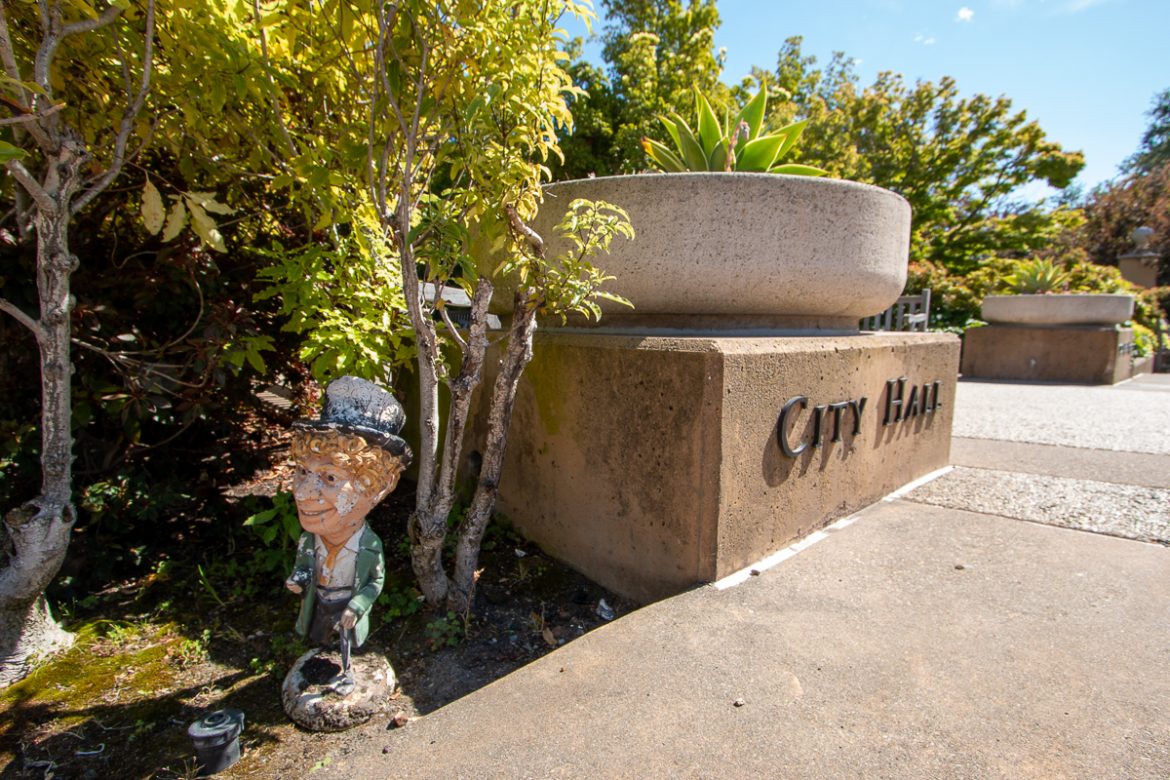 We’re launching an occasional series to highlight hyperlocal curiosities our readers are wondering about. Curious about an old plaque in a public park? Want to know what’s up with an unusual street marker? Send your queries and suggestions to news@piedmontexedra.com and we’ll either try to get an answer for you — or hope that a reader can solve the mystery.

Thanks to resident Todd Sotkiewicz who first suggested this feature and sent us some ideas to get started.

First up: This cheerful leprechaun statue guarding the doors to City Hall appeared seemingly out of nowhere recently. We’re making calls to city staff, but so far no one seems to know its story. If you have an inkling as to his origin, let us know in the comments below.

One thought on “What’s the deal with …?”