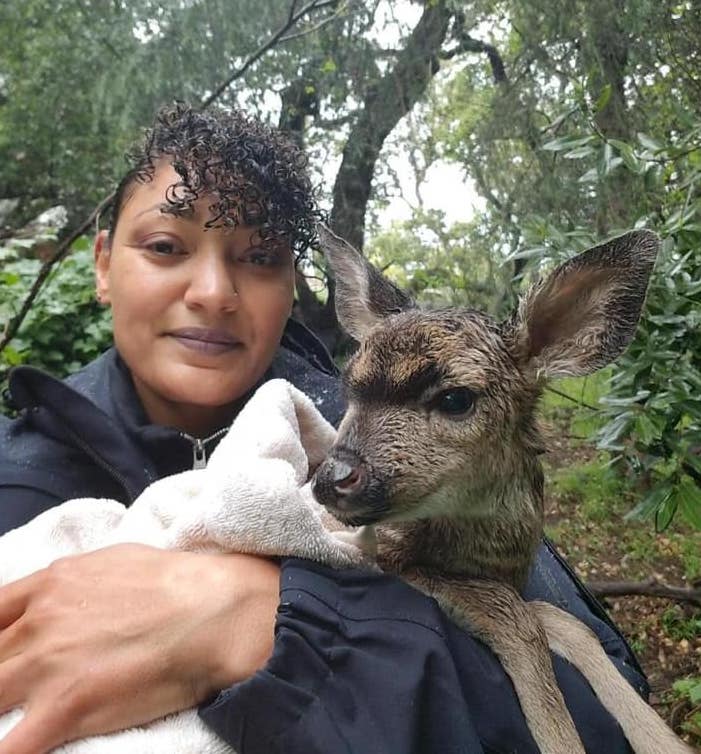 Two baby deer were found and sent to a fawn rescue facility in Loomis after their mother was found dead in the backyard of a home in Piedmont.

On April 25 at 12:59 p.m., a dead deer was reported behind a shed in the backyard of a house on Oakmont Avenue. A baby deer was found alive next to the mother. However, the deer fled before Piedmont Animal Control arrived. It was found later that day.

It turned out there was another baby that had already left the scene. That deer was found the next morning in the backyard of a house on Requa Place. The resident put a blanket on the deer and called police at 6:46 a.m.

It’s unclear how the mother deer died, according to Piedmont Police Department Captain Chris Monahan. Police worked with Animal Control and Yggdrasil Wildlife of San Francisco to get the deer to safety.

In other crime news, the recent rash of auto burglaries around town have led the Piedmont Police Department to ask residents to “Light up Piedmont” by leaving their outdoor lights on overnight to help discourage the crimes. Residents are also told to park vehicles in well-lit areas, not leave valuables in vehicles and do not ignore car alarms.

Police have increased overnight staff, according to the department. If people hear or see something, they are encouraged to call 510-420-3000.

Piedmont Police did interrupt a group of four auto burglars in the past week. The group had a stolen car and crashed near Piedmont Park, according to Captain Monahan. The suspects escaped but the car is being processed for evidence.