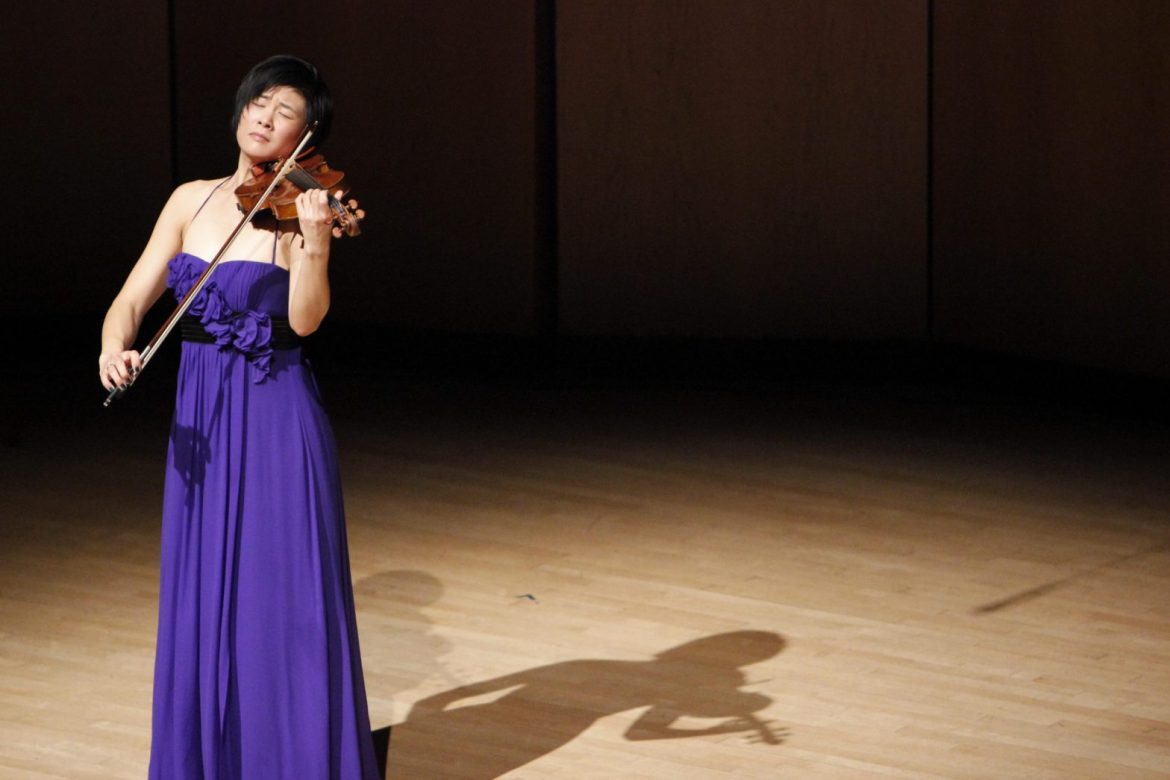 As the threat posed by COVID-19 continues to recede, several arts organizations are putting toes in the water to explore options for safely returning to live, in-person presentations. San Francisco Performances, it appears, is ready to dive right in.

On Wednesday, SFP president Melanie Smith announced that her organization, for the first time in its 41-year history, will launch a summer season of music concerts, to be held live in its longtime venue at the Herbst Theatre, with no digital components whatsoever.

Called the “Summer Music Sessions,” the series of guitar, piano and chamber performances will kick off on July 14 and run through July 24, bringing artists to the stage, whose previously scheduled appearances in the fall-to-spring seasons of 2019-’20 and 2020-’21 were postponed due to the pandemic. As an added inducement, three of the 11 programs will introduce world-premiere works, one of them also including the North American debut of Sting and Dusan Bogdanovic’s “Prism – Six Songs by Sting.”

Measures will be taken to promote the safety of both performers and audience members. They include required mask-wearing, reduced audience sizes and assigned seating, increased ventilation and air filtration, no intermissions or food service and contactless ticketing.

The lineup of events is definitely on the eclectic side, and Smith is making no apologies for that, releasing this statement: “While we don’t have a particular musical theme for these events, the idea of coming back together to share real live performances feels like the most important unifying event right now.”

Here is the complete schedule for the “Summer Music Sessions”:

7:30 p.m. July 14: Israeli pianist David Greilsammer, who seems to have “innovative” and “adventurous” permanently attached to his name, makes his SFP debut with a century-spanning program of music by Leoš Janáček, C.P.E. Bach, Mozart, Ofer Pelz and Jean-Féry Rebel. Greilsammer’s rendition of Rebel’s “Le Chaos” on his 2020 album “Labyrinth” made the New York Times’ list of the 25 best classical music tracks for that year.

7:30 p.m. July 15: The redoubtable Garrick Ohlsson, a San Francisco resident and great favorite of SFP, returns to complete the two-year survey of the complete solo works for piano by Johannes Brahms that he began in 2019.

7:30 p.m. July 16: SFP resident ensemble the Alexander String Quartet, with new violist David Samuel, teams with William Kanengiser of the Los Angeles Guitar Quartet to perform a “British Invasion”-themed recital that includes the world premiere of the guitar-quartet version of Ian Krouse’s “Labyrinth” on a theme by Led Zeppelin, works by Leo Brouwer and John Dowland, plus the North American premiere of the Sting-Bogdanovic “Prism,” which reconstructs these six songs by Sting: “Every Breath You Take,” “Message in a Bottle,” “Shape of My Heart,” “Fields of Gold,” “Roxanne” and “Desert Rose.”

7 p.m. July 18: Guitarist Kanengiser returns as a soloist, performing the world premiere of Iranian composer Golfam Khayam’s “Lost Land,” one of seven new works Kanengiser has commissioned as part of his “Diaspora Project.” He’ll also play music by Santiago de Murcia that he has arranged and works by Dionisio Aquado, Frank Wallace and Bryan Johanson.

7:30 p.m. July 20: Canadian piano virtuoso and 11-time Grammy nominee Marc-Andre Hamelin, a longtime SFP collaborator, returns to perform works by C.P.E. Bach, Beethoven and the world premiere of his own piece, “Nowhere Going Fast,” for which he will be joined by the Alexander String Quartet.

7:30 p.m. July 23: Composer-pianist Timo Andres, who put together two of SFP’s virtual “Front Row” programs during the pandemic, is back in person to perform works of his own and those by Ned Rorem, Duke Ellington, Robert Schumann, Ann Southam and Claude Debussy.

7:30 p.m. July 24: Andres returns to the stage with violinist Jennifer Koh and cellist Jay Campbell of the JACK Quartet to close out the “Summer Music Sessions” with his own music and works by Leoš Janáček.