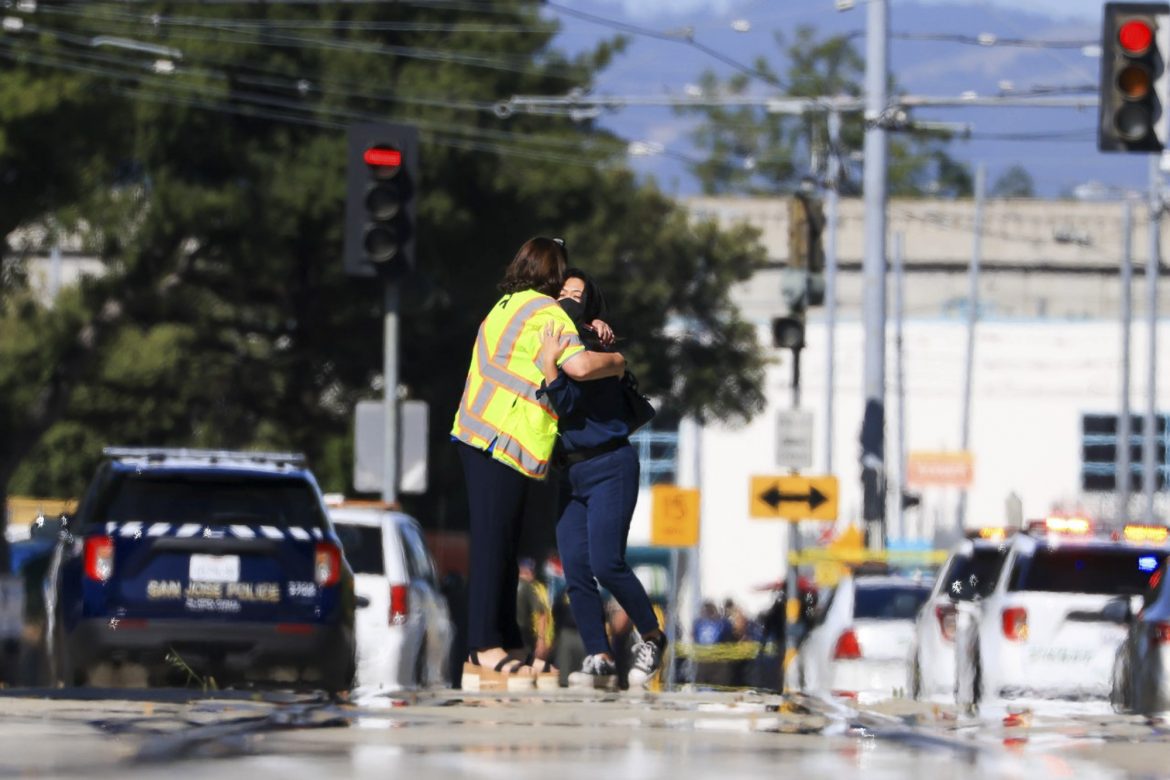 Two people hug near the scene of a mass shooting at a Valley Transportation Authority light rail yard in San Jose on May 26, 2021. Photo by Randy Vazquez, Bay Area News Group

A Wednesday mass shooting at a San Jose rail yard that left nine people dead, including the gunman, has revived what seems to be an endless cycle: calls for immediate action that eventually peter out until the next crisis hits.

President Joe Biden, condemning America’s “epidemic of gun violence,” urged Congress to pass stricter gun control laws. Gov. Gavin Newsom, who had planned a trip to Los Angeles to unveil “major new efforts” incentivizing Californians to get vaccinated, instead traveled to San Jose, where he called for “real action to curb the gun violence crisis in our country.”

The mass shooting, which is California’s deadliest so far this year, comes amid a surge in gun violence that has caused homicide rates to skyrocket in major cities like Los Angeles and Oakland. It will also likely prompt a reevaluation of the Golden State’s gun control laws, which are already the strictest in the country. Assemblymember Marc Levine, a Marin County Democrat, called on Newsom Wednesday to support his proposal to tax guns and ammunition to fund gun violence prevention programs.

The uptick in violence has complicated California cities’ attempts to slash police budgets in the wake of George Floyd’s murder, with both Oakland and Los Angeles proposing to reverse some of the cuts made last year. But other reforms are forging ahead: The state Senate on Wednesday passed a bill that would allow bad cops to be decertified after watering down some of its provisions last week.

Concerns over public safety will likely play a central role in next year’s election for California attorney general, with contender Anne Marie Schubert and 43 other district attorneys suing the Newsom administration Wednesday for giving 76,000 inmates the opportunity to shorten their prison sentences. Also Wednesday, the state Senate passed a bill — co-authored by Attorney General Rob Bonta as an assemblymember — that would eliminate cash bail for most criminal offenses. Voters last year rejected a proposal to end cash bail.