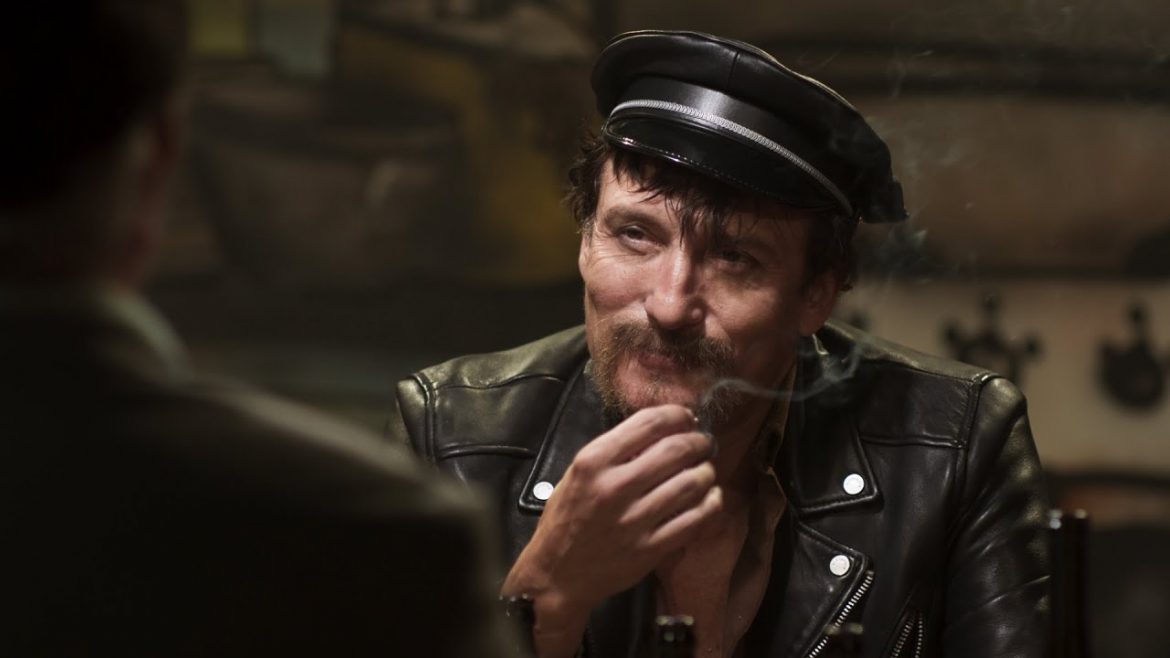 This week, Pass the Remote does a deep dive into the Berlin & Beyond Film Festival program as well as spotlights other hot tickets that are tucked into other Bay Area fest programs.

For the complete Berlin & Beyond Film Fest program — which consists of two drive-in screenings, select in-theater experiences at the Vogue Theatre in San Francisco and numerous streaming options — visit https://berlinbeyond.com/25/. It runs from May 25 to May 30.

“Sisters Apart”: The festival kicks off May 25 with a drive-in screening of Daphne Charizani’s gripping heartbreaker about the complex family dynamics of the Xani family.

When Rojda (Almila Bagriacik), a native Kurd and soldier who’s been living in Germany since she was a child, reunites with her mother, Ferhat (Maryam Boubani), at a Greek refugee camp, she receives the news that her sister Dilan is remaining in Iraq. With her mom living in Germany with her now, Rojda makes it her cause to locate her sister and does so by pushing to be redeployed to Erbil in Iraq.

Charizani handles the multipronged scenario with delicacy, spending time on making her characters real while continually building intensity. “Sisters Apart” is a thoughtful and thought-provoking piece of filmmaking with a powerful message. It will also be available to stream. (https://berlinbeyond.com/25/movies/sisters/)

“Enfant Terrible”: The debauched, certainly R-rated career/life of German director Rainer Werner Fassbinder gets turned into a splashy, colorful pastiche to the unforgettable icon who gave us outstanding features such as “Querelle,” “The Marriage of Maria Braun” and “The Bitter Tears of Petra von Kant.”

Director Oskar Roehler gives Fassbinder a surreal and lively biopic, one that uses stage sets to transport us back into the gay director’s edgy world, complete with current and former lovers and one that’s jacked up on drugs and all-nighters.

It’s unconventionally told, and that’s the only way it should be done, given how unconventional the volatile and talented Fassbinder was. You know this isn’t going to be a quaint, old-school tribute from its opening quote — “Each man kills the thing he loves,” taken from “Querelle.” Movie buffs shouldn’t miss it. (https://berlinbeyond.com/25/movies/enfant-terrible/)

“Exile”: Filmmaker Visar Morina does a convincing job of making us experience the paranoia that his main character, 45-year-old Xhafer, does; an overwhelming sense that he’s become a target for hate in Germany. He certainly has reasons to believe it is true. A dead rat gets nailed to his gate at home, meetings at work get switched to different rooms without his knowing; the list of infractions and cruelties pile up.

But is the Kosovo-born Xhafer, portrayed so effectively by Mišel Matičević, jumping to extremist conclusions, as his wife, Nora (Sandra Hüller), suggests?

Morina explores those hard questions his uncomfortable scenario presents, and leaves us questioning what we just witnessed in front of our own eyes. This is a talker. (https://berlinbeyond.com/25/movies/exile/)

“Undine”: With each film, Christian Petzold is proving that he is not only one of Germany’s top filmmakers, but also one of the world’s most exciting directors. His “Undine” is a dark romance that’s equally in love with the city and myth of Berlin as it is with mythology surrounding its two star-crossed lovers, Undine (Paula Beer) and Christoph (Franz Rogowski).

“Undine” opens with a breakup and ends with a surprising resolution. Beer is luminous as the enigmatic historian Undine while Rogowski is endearing as an industrial diver who gets in over his head once he becomes smitten. “Undine” is a beauty to behold, a timeless urban fantasy that never over explains and leaves you wanting to see it again for deeper context and meaning.

“Undine” will only be screened at the Vogue. There are limited tickets available. The film will also be released June 4 in theaters and online. (https://berlinbeyond.com/25/movies/undine_/)

“Cocoon”: During one of the hottest recorded summers in Berlin, 14-year-old Nora (Lena Urzendowsky) experiences a transformation — much like what happens to the caterpillar she keeps in a box in the room she shares with her sister.

Nora feels like an outsider and is subjected to the cruelties of others, even sometimes from her older sister, Jule (Lena Klenke). From getting an embarrassing first period to her injury at the hands of her sister’s boyfriend, Nora discovers the world doesn’t always embrace her. Certainly her partying mother is not there to provide comfort and guidance.

But when she encounters the mercurial Romy (Jella Haase), flickers of acceptance and desire get flamed. Leonie Krippendorff’s frank, unsentimental coming-of-age drama feels as raw and real as life itself. (https://berlinbeyond.com/25/movies/cocoon/)

If you adore the outdoors and are interested in issues affecting it, check out the offerings during this free streaming fest. The collection becomes available at 7 p.m. Friday, and is a joint project of the Peninsula Open Space Trust and the Midpeninsula Regional Open Space District. One of its goals is wanting to spur Bay Area nature lovers to become more active stewards of Bay Area lands.

Highlights from the 14-film program include the short documentary “In the Land of My Ancestors,” which revisits settler colonialism in the Bay Area. It’s directed by South Asian photojournalist Rucha Chitnis and spotlights an Ohlone elder — Ann-Marie Sayers — who is dedicated to preserving the region’s rich Indigenious culture and traditions.

Two other films — Sinead Santich’s “Fighting With Fire” and David Elkins’ “Immolation” — pertain to one of the foremost concerns in California — wildfires. “Fire” from UC Davis alum Santich showcases how the Native American tradition of controlled burns is a protective measure and illustrates the process. Elkins’ “Immolation” takes viewers through the cycle of wildfires — from destruction to new life. For the full program, https://openspacetrust.org/event/wild-scenic-film-festival-virtual/.

CAAMFest 2021: Dance your heart out

Closing Night Party: “FOLX” Dance Party with H.P. Mendoza: What better way to conclude CAAMFest than party down with the limitlessly talented Mendoza. In addition to being one of the Bay Area’s finest filmmakers, Mendoza makes music. From 7 to 9 p.m. Sunday, you can join him from your home for free when he unveils his new album, “FOLX.” Dance shoes not included. (https://caamfest.com/2021/special_events/folx-premiere-with-h-p-mendoza/)

The 10th annual event features a collection of 38 features — short and long — and runs May 24 to May 31. One not to miss is Lance Oppenheim’s humorous but telling documentary “Some Kind of Heaven,” an insider look into Florida’s The Villages, a gargantuan retirement community. And if you haven’t seen Carl Bidleman’s inspirational documentary profiling one of the Bay Area’s treasures — 99-year-old park ranger Betty Reid Soskin — here’s your opportunity to see “No Time to Waste: The Urgent Mission of Betty Reid Soskin.” For the full schedule, visit www.legacyfilmfestivalonaging.org.