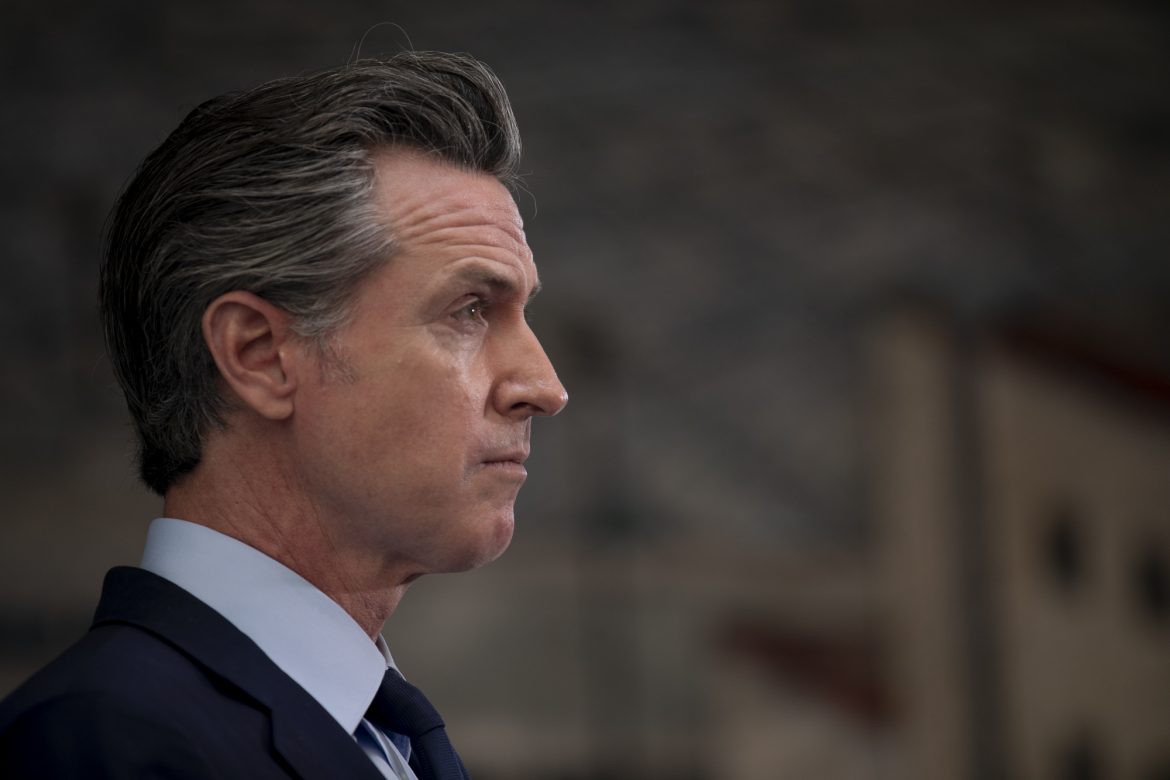 Gov. Gavin Newsom tried to troll then-President Donald Trump in 2019 by signing a law that required presidential candidates to release their tax returns in order to have their names appear on the California ballot. It didn’t work.

Now the Democratic governor is trying to troll his Republican challengers in this year’s likely recall election by saying that state law requires they release their tax returns, too. Will it work this time?

Newsom released his 2019 tax returns Monday, on tax filing deadline day, revealing that during his first year as governor he and his wife Jennifer Siebel Newsom took in $1,692,167. They paid federal taxes of $518,402 and state taxes of $194,142, the records show. The couple’s adjusted gross income went up by 40% compared with the year before.

“I’m proud of the fact that some of the dollars that I’m putting back into the California coffers as a taxpayer are going to help single moms out there,” Newsom said last week during a presentation on his updated budget. “I don’t regret success — I’m proud.”

Most of their 2019 income came from assets held in a blind trust, where Newsom moved his ownership stake in the Plumpjack wine and hospitality businesses after he was elected governor in 2018. The couple also took in $140,000 from renting out their home in Marin County, which Zillow describes as a “spectacular mid-century modern” house designed by a renowned architect, with 5 bedrooms, 6 bathrooms and views of San Francisco Bay. The Newsoms claimed they lost money as landlords because the house depreciated more than $277,000.

Asked how that’s possible when Zillow currently estimates the home is worth $5.2 million, Newsom’s campaign spokesman Nathan Click said that according to IRS law, a home’s value can depreciate a lot during the first year as a rental.

The governor also earned $125,000 for his work as an author in 2019, the tax filings show. The payment stems from a children’s book Newsom is writing about his experiences with dyslexia, his spokesman said. Newsom earned $175,827 in salary as governor.

Siebel Newsom was paid $151,875 for her work as the head of the Representation Project, a feminist advocacy group, and $50,850 as owner of Girls’ Club Entertainment, a film production company.

The couple, who has four children, paid wages totaling $288,148 to household employees, though the filings don’t show how many workers they employ.

The couple also filed a Hawaii state income tax form for nonresidents, though it doesn’t show they paid any taxes there. The filing was required because Newsom and his father, who is now deceased, together owned property in Hawaii for many years, Click said.

Newsom’s re-election campaign made the tax returns available to reporters to review, but not photograph or copy. Newsom was the first candidate to release tax returns in the 2018 governor’s race and promised then to release them every year if he became governor.

In 2019, he signed a controversial bill that required presidential and gubernatorial candidates to release five years of tax returns to have their names appear on the California primary ballot. The bill was widely seen as a dig by Democratic lawmakers against Trump, who defied tradition by never releasing his tax returns. The state Republican Party sued and won, with the California Supreme Court striking down the part of the law that applies to presidential candidates.

Though the court’s decision does not affect the part of the law that applies to gubernatorial candidates, there is not a consensus on whether it applies to the looming recall election that will likely be held later this year. Newsom’s campaign insists that it does, with Click saying anyone who runs to replace Newsom “will be put to this level of scrutiny.”

But the language of the law says that the requirement to release tax returns applies to candidates who want to be on the ballot for a “direct primary election.” A recall is a special election, not a primary.

“There is no direct primary election at issue in this recall,” so the law does not apply, said Harmeet Dhillon, an attorney who represented the California Republican Party in challenging the part of it related to presidential candidates’ tax returns.

Her opinion was echoed by Jessica Levinson, a professor of political law at Loyola Law School.

“You could say the legislative history and purpose is all about disclosure and transparency and the need for voters to identify if their potential officials are corrupt and have potential conflicts of interest,” Levinson said. “But it’s going to be hard to overcome a plain language problem.”

State Sen. Mike McGuire, the Healdsburg Democrat who co-wrote the law, said his intention is that it would apply in the recall.

“We didn’t contemplate a wasteful partisan recall election,” McGuire said in an interview. “The spirit of the bill is to release one’s tax returns, and all candidates — no matter their party affiliation — should do the right thing and be transparent with California voters.”

Candidates reached Monday did not weigh in on whether the law requires them to release their tax returns. Faulconer’s communications director said in an email that he will “fulfill every legal requirement for his candidacy to recall Gavin Newsom and become California’s next Governor.”

Ose said in an email that he will disclose his tax returns “once the election is set and I complete the paperwork to run. Such disclosure should apply to every state legislative and constitutional office candidate, as well as their Chiefs of Staff.”

Cox’s press secretary said the campaign is reviewing the requirements. Jenner did not respond to CalMatters.