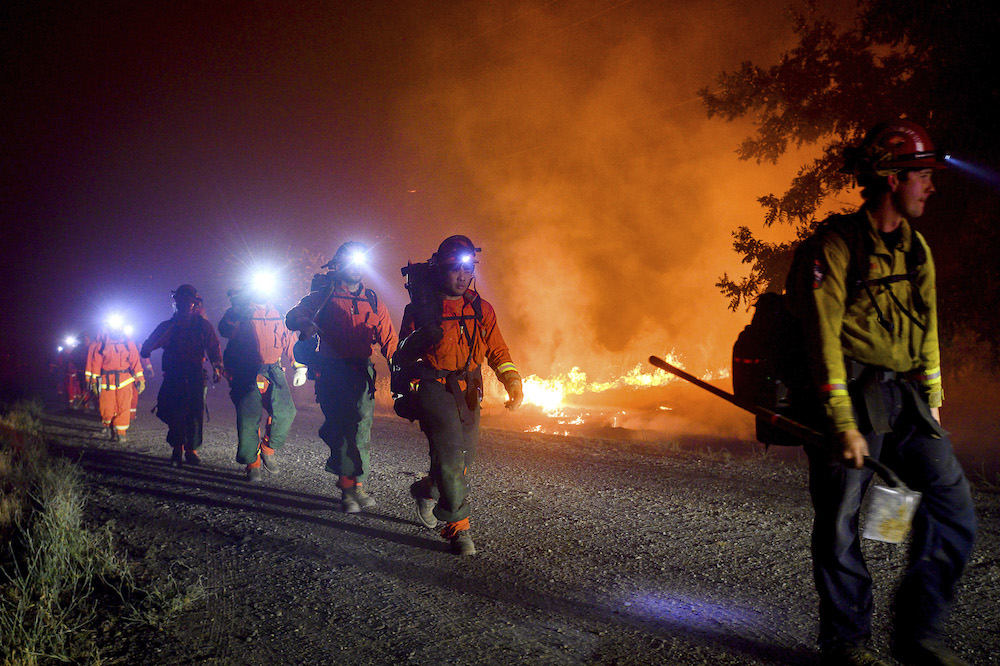 Gov. Gavin Newsom outlined his proposal Monday to spend $2 billion on wildfire and emergency preparedness with the expectation of worsening climate change.

The funding, included in Newsom’s revised budget proposal, would include nearly $50 million to add 12 helicopters and seven air tankers to Cal Fire’s air fleet, $143.3 million to hire 30 more firefighting crews and $708 million to maintain and improve forest and landscape health.

The $2 billion would be the most the state has ever dedicated in its budget to wildfire preparedness, according to Newsom.

“None of us are naive about the challenges that this state faces; for that matter, the entire western United States,” Newsom said Monday during a briefing at McClellan Air Force Base outside of Sacramento.

State legislators already approved $536 million of that proposed $2 billion last month as an early action funding package for wildfire prevention and preparedness as the state plods into worsening drought conditions and sweltering summer months that could lead to large and deadly fires.

The state has already seen 1,000 more fires this year than at this time last year, which Newsom and Cal Fire Director Thom Porter noted was a record-breaking year itself in terms of the number of recorded fires.

“We are resilient, we have remarkable grit and capacity,” Newsom said of the state’s efforts to limit wildfire growth and damage. “And now with historic investments, we’ll have more resources as well than at any time in California’s recent history.”