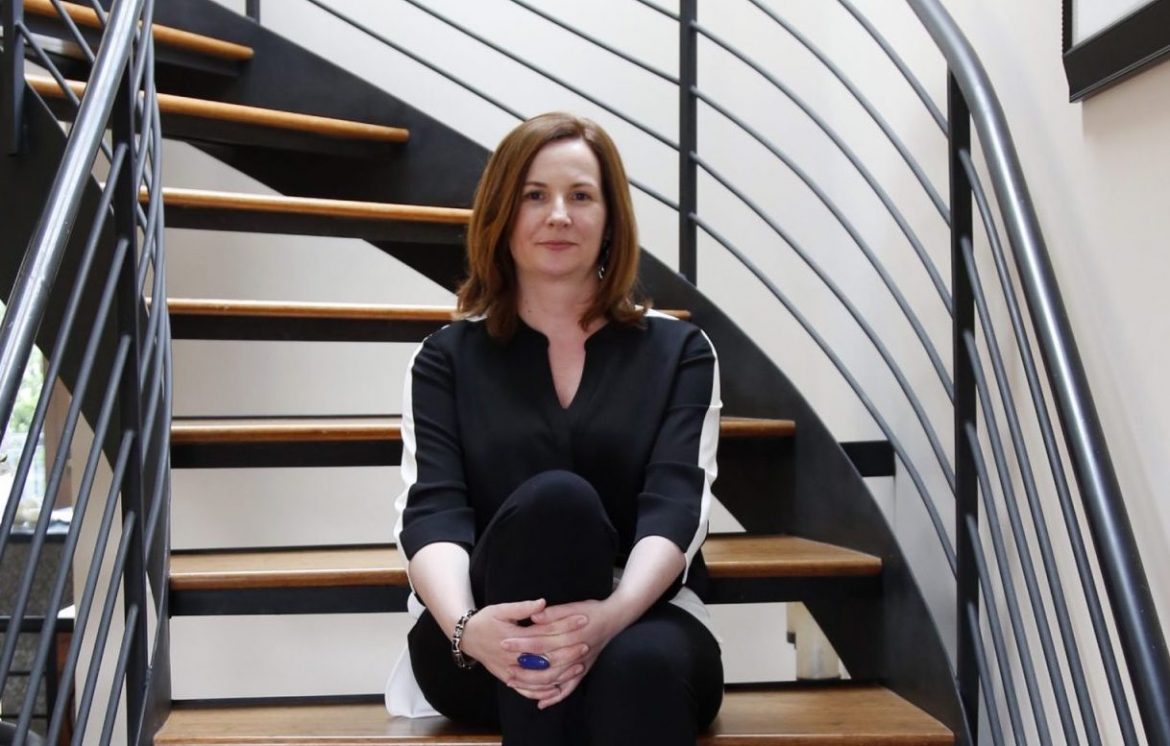 The title opener in San Francisco author Ethel Rohan’s new short story collection, “In the Event of Contact” (Dzanc Books, $16.95, 180 pages), revolves around Irish identical triplets, one of whom cannot bear to be touched in any way by any other human being. One of her sisters seethes with jealousy and resentment when she sees someone she considers a rank interloper managing to break through that barrier.

In “F Is for Something,” a Catholic priest with a failing memory and a mysterious blemish in his past tries to outmaneuver his overcontrolling housekeeper and come to terms with a dreaded upcoming encounter with his supervising bishop.

We meet other ordinary human beings who are somehow adrift or groping for resolution or connection in this remarkable anthology, the third from Rohan, who is also the author of the well-received 2017 novel, “The Weight of Him.”

These deft, character-driven tales are delivered in prose that is spare but sharp, steely and shot through with uncannily apt imagery that occasionally registers with delicious little shocks of recognition for the reader. There is not a trite phrase or a wasted word in any of the 14 stories, none of them longer than 18 pages. But you’ll not want to immerse yourself in more than one at a time, instead giving yourself ample time to let each one marinate.

Rohan, born and raised in Dublin, Ireland, immigrated to San Francisco at age 22 and now lives in the city’s West Portal neighborhood with her husband and two daughters. She recently took the time to answer some queries about her craft.

These stories all feature Irish or Irish-American characters. Is there something about the Irish persona or experience that draws you to them as protagonists?

Rohan: This short story collection, my fourth full-length book, continues a definite pattern of fixations in my storytelling, and Ireland and its people remain front-and-center. I’m most imprinted by and fixed on my beginnings and the pivotal experience of my early years. That tends to be universally true. I also remain closely connected to Ireland and my family and friends there. I return every year, sometimes for extended periods. That craggy island and its extraordinary people are deeply encoded within me, and it’s not surprising that my writing reflects that.

How did you come up with the title, and would you argue that it is a unifying theme for the entire book?

Rohan: Yes. The unifying theme for the entire book is the absence and trespass of contact — be it phobia, loneliness, isolation, emigration, missing persons, getting run over by a truck or physical abuse. The collection centers on characters who experience breached boundaries in one way or another and bears witness to how they respond to these various fractures.

Many of these stories have deft, abrupt endings that incorporate sudden epiphanies. Is that something we can call a hallmark of your style?

Rohan: My style is to get in and out as quickly as possible and to only stay inside the story as long as is absolutely necessary and not a word longer. Story endings are extremely difficult, and that’s particularly true of the short story, because of course there’s much less space to work with and zero room for missteps. I don’t think in terms of character epiphanies but more about moments of grace, i.e., those external and internal influences that work on the character over the course of the story and that culminate in some shift in the protagonist and their world, however small, but by necessity, pivotal. Otherwise, to my tastes, the story isn’t a story,

You seem to be an expert deployer of the precisely apt simile, much more liberally deployed here than murkier metaphor! Do these come readily to you, or are you constantly crafting to get just the right one with the right tone?

Rohan: It’s a mix of both. When the gods are kind, the prose and imagery can flow, and other times, arriving at specific, nuanced and evocative language can be similar to needling free a splinter that’s buried deep below the skin. I’m not satisfied, though, until I can at least fleck the prose, every scene, with the stuff that shines.

How extensively do you self-edit, and what are you most likely to jettison, on second reflection, if anything?

Rohan: I am a serial reviser. Beginnings and endings in early drafts tend to be the most murdered, as are flowery and imprecise prose. In early drafts, there’s a lot of warming the engines and driving beyond the finish line, letting everything in and allowing the writing to be crappy. In revision, the onus is on me to be ruthless — what stays can only be what best serves the story. It’s rewriting, not writing, that brings us to our best work.

I won’t dare ask if you have a favorite, but which story did you sweat over the most and why?

Rohan: Hmmm. There was a LOT of sweat lost during the making of this collection. You referenced “F Is for Something,” a story that took me a year to finish. I was annoyed in earlier drafts by a dismissive interior critic that told me I would lose readers as soon as they realized the protagonist was an elderly Catholic priest with dementia and that I should give up on the story and invest myself elsewhere. But I loved the story’s characters, place and premise, and none of it would leave me be. I’m so happy that I persisted and that the story is now published as a part of this collection.

How might an individual story germinate within your head? Please elaborate!

Rohan: I’m most interested in character and relationships — and especially tension in relationships and missed connections, I’m also interested in place. So the sparks for my stories tend to be a character in a specific place and in a moment of disruption. I then let the character(s) loose, to do, think and say for several scenes as I figure out how and why they became who they are when we meet them. I often interview my characters in my mind, or on the page, asking what (mis)shaped their lives and why am I entering their world now? What is the story of theirs that I most need to tell? What’s to be lost and gained, and why does it matter? Why should we care?

What is next on the agenda for Ethel Rohan the writer?

Rohan: I have two completed novel manuscripts I’d love to see published. One is historical fiction set in New York City, specifically vaudeville and Coney Island. The other is contemporary fiction set in the Bay Area (Half Moon Bay). Both novels continue my fascination with disturbance as catalyst and wounded characters teetering at the edges of things, places, people and themselves.