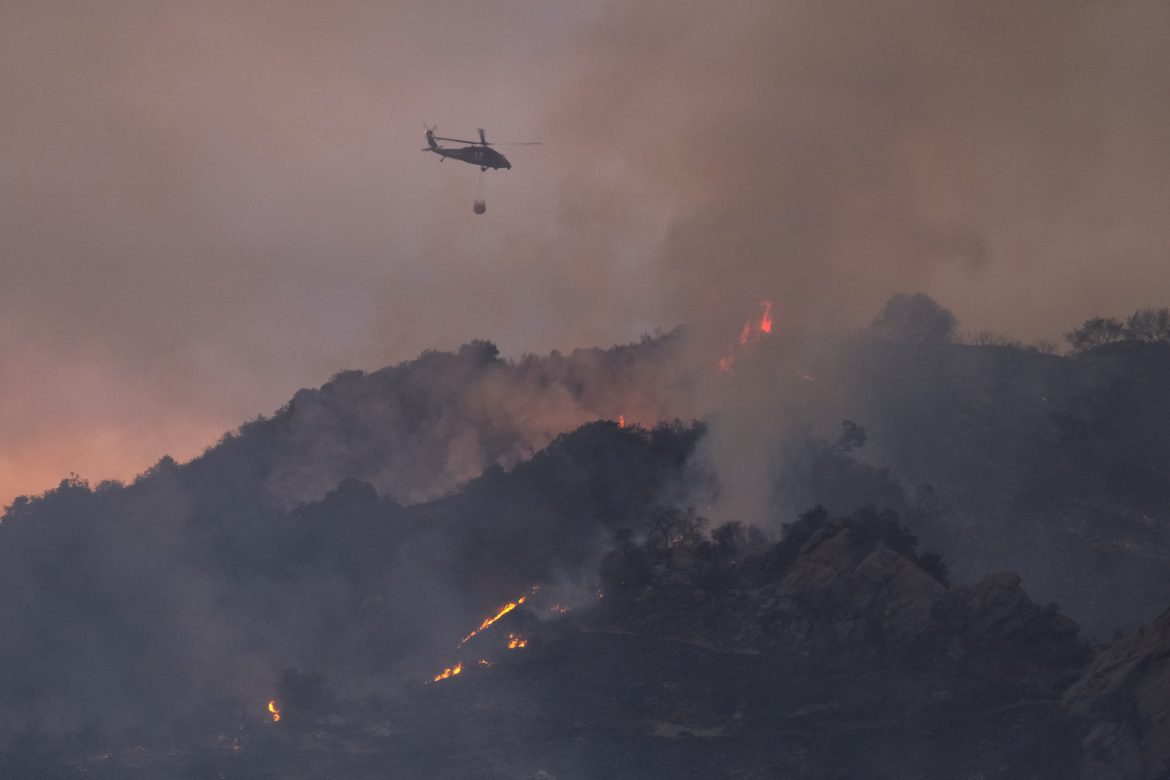 A firefighting helicopter flies away after dropping water over a brush fire scorching at least 100 acres in the Pacific Palisades area of Los Angeles on May 15, 2021. Photo by Ringo H.W. Chiu, AP Photo

It’s only May, and I’m already having to write about wildfires forcing Californians to evacuate their homes.

Around 1,000 people were displaced from their homes Sunday as the Palisades Fire in Los Angeles County grew to more than 1,300 acres. The blaze, which was 0% contained as of Sunday afternoon, carved a path through dense, old-growth chaparral that hadn’t burned in more than 50 years, the Los Angeles Times reports. As such, it embodied both California’s worsening drought and the grim reality that its fire season is starting earlier and earlier even as its conflagrations get larger and larger.

So far this year, California has seen 1,812 fires that charred nearly 9,400 acres — a massive uptick from the 1,159 fires that burned nearly 1,700 acres during the same time period last year, according to state data. That increase is even more sobering when one considers that last year’s fire season rewrote the record books.

Those tensions are on full display in California as state water regulators prepare to take the rare step of ordering drought restrictions that would force thousands of people, farms, cities and towns to stop taking supplies from the waterways to which they have historic rights. Exacerbating an already fraught situation is the state’s lack of data on water usage, which could complicate its ability to issue appropriate restrictions, the San Francisco Chronicle reports.

Battles for the scarce resource are already ramping up. The city of San Francisco on Friday sued the state for allegedly trying to restrict its Sierra Nevada water supplies. And protests are flaring up along the California-Oregon border after federal officials shut off irrigation water to farmers for the first time in 114 years.