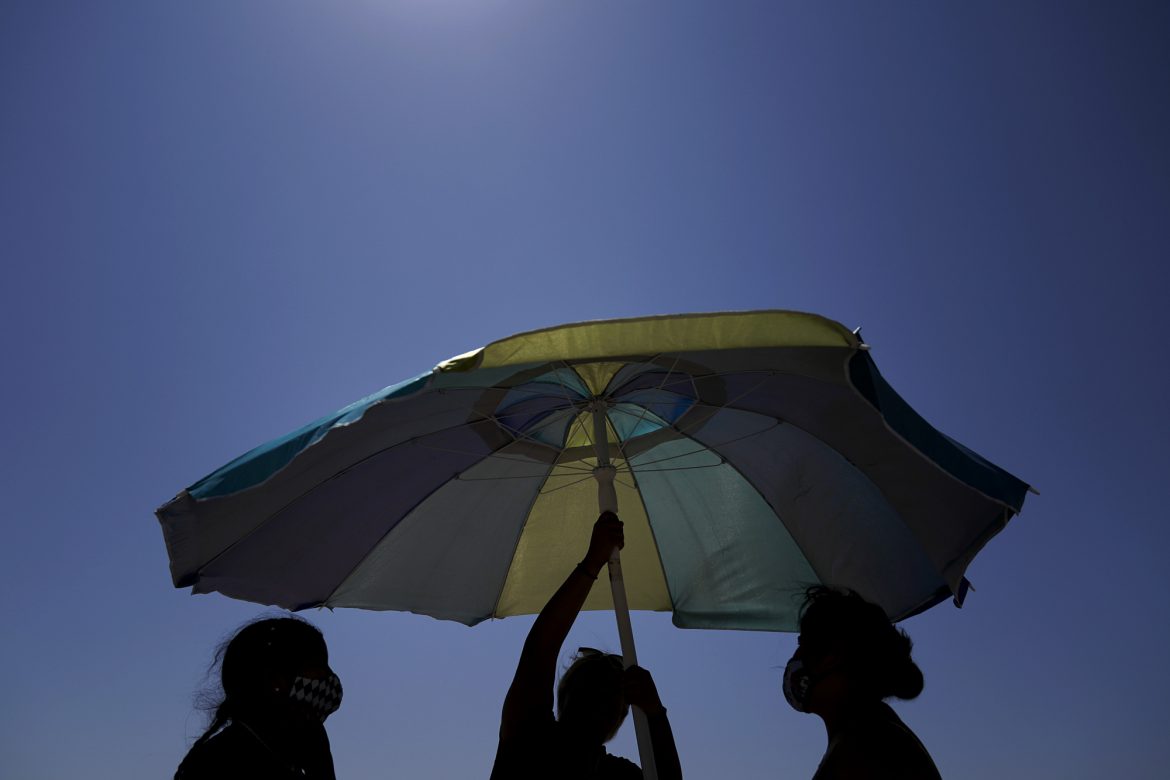 Beach goers set up an umbrella on the beach in Huntington Beach, Calif., Saturday, Sept. 5, 2020. California is sweltering under a dangerous heat wave Labor Day weekend that was spreading triple-digit temperatures over much of the state, raising concerns about power outages and the spread of the coronavirus as throngs of people packed beaches and mountains for relief. (AP Photo/Jae C. Hong)

But while the president of California’s electric grid operator expressed “guarded optimism” Tuesday that blackouts won’t be necessary, he also acknowledged the Golden State could face a power crunch if a heat wave blankets the entire West Coast as it did last summer, contributing to a shortage of both energy and firefighters.

Mainzer’s comments came the same day the National Oceanic and Atmospheric Administration released new climate averages showing that conditions across the West are getting hotter and drier. Annual temperatures in the region, for example, are 1.25 degrees or more than the 20th century average.

Case in point: Researchers recently discovered a giant sequoia tree in Sequoia National Park has been burning ever since it caught fire last summer. The blaze was able to endure nine months because of “how dry the park is,” a park official told the San Francisco Chronicle. Though Gov. Gavin Newsom recently declared a regional drought emergency in two counties, a bipartisan group of lawmakers is pushing him to extend it to the whole state.

Energy regulators said Tuesday that California is on track to have 3,500 megawatts more power by August than it had last summer — though some of that energy will come from fossil fuels. After last year’s blackouts, the state decided to keep four controversial gas-powered plants running, although they were supposed to be phased out by the end of 2020.