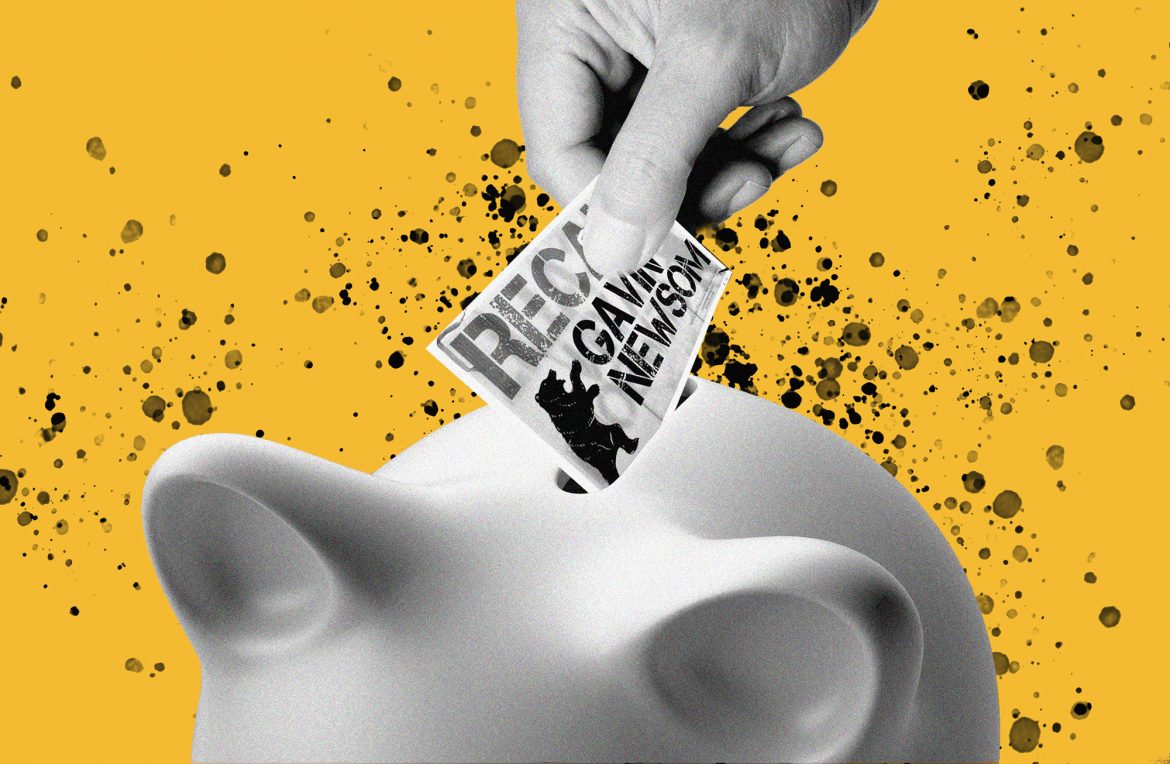 The forecast for this summer is hot, with high wildfire risk and a fever-pitch campaign to determine the political fate of Gov. Gavin Newsom.

The fight to recall Newsom has already consumed state politics, with the governor in campaign mode since March and both sides already reporting millions of dollars in the bank. Although the recall date has not yet been set, it will be the second major election in as many years and a third is on the way in 2022.

For recall backers, money and grassroots support will be critical in a state where registered Democrats outnumber Republicans two to one. Newsom has added more than $5.8 million to his campaign coffers just in May.

We’ll be following the money, updating this page daily with data from the Secretary of State. As always, let us know what questions you have about the cash funding this wild ride of an election.

How much money has each side raised?

Supporters of the recall have raised approximately $4.6 million and opponents have raised about $11.1 million.

California requires disclosure of information for contributors who give $100 or more to a candidate or committee in a calendar year. If a person gives less than $100, then the campaigns do not have to report that contributor’s name and address. Supporters of the recall have raised about $745,000 and opponents about $1.4 million from these small-dollar donors.

Where is the money coming from?

We can only determine this to a certain degree because we don’t know where the small-dollar contributions come from. But based on larger contributions, which the state classifies as “itemized,” it is clear that the vast majority of the money is coming from within California.

Who is giving the money?

Unlike contributions to candidates, there are no limits on how much donors can give to the recall committees. Here are the top ten contributors to each side.

For the record: An earlier version of the top contributors chart listed the incorrect amount for Stewart and Lynda Resnick.

The data is updated daily from the California Secretary of State’s Cal-Access database.

We ignore contributions between committees that are on the same side of the issue, as they are essentially transfers.

The committees registered with the California FPPC that we consider to be involved in the recall.

See daily updates to the list of donors to the recall campaign. Go to the California Secretary of State’s website HERE