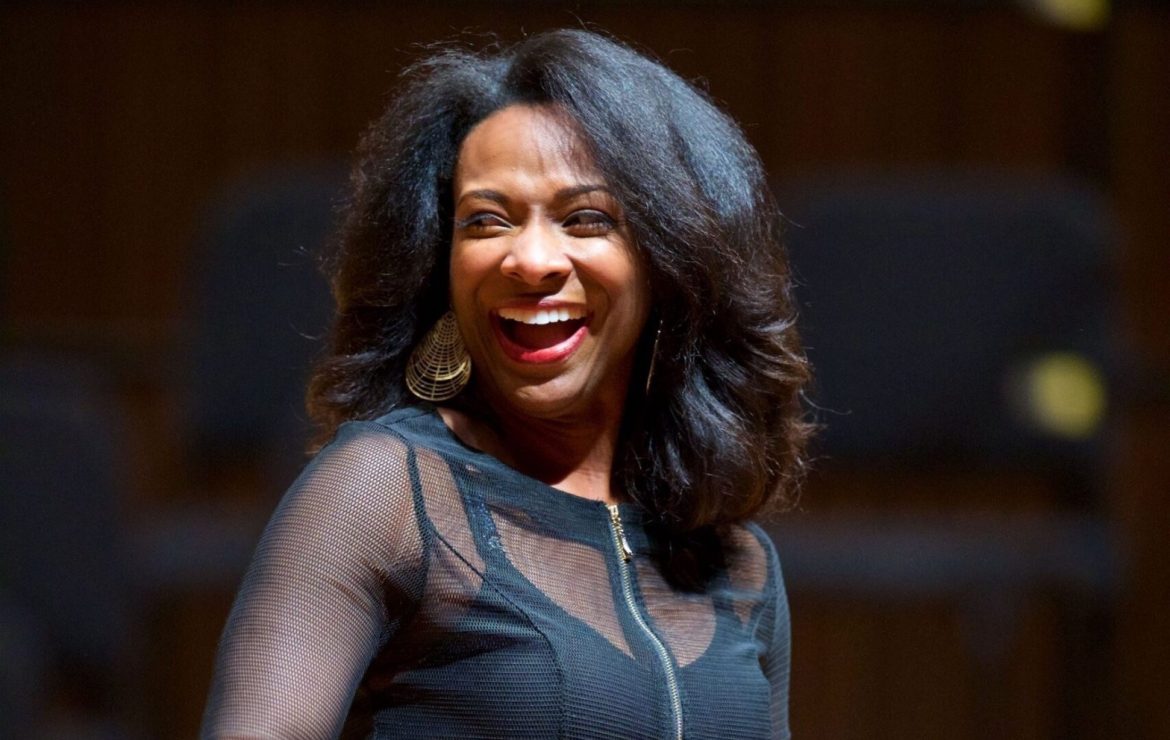 Channeling Dr. Ruth: Tiny as she is, standing all of 4-foot-7 in her stocking feet, Dr. Ruth Westheimer is nonetheless a giant in the field of radio and TV sex advice.

The wildly popular “Sexually Speaking” show launched in New York in 1980 that catapulted her to worldwide fame is only a part of her incredible life story, however. Born in Germany in 1928, she fled the Nazis as a 10-year-old on the Kindertransport and grew up in a Swiss orphanage, having lost both her parents to the Holocaust. As a teenager, she moved to British-controlled Mandatory Palestine, where she lost her virginity in a haystack at 17 (unprotected sex, bad girl), joined the paramilitary force the Haganah (precursor to the Israel Defense Forces) as a scout and sniper and was badly wounded by an exploding shell in the 1948-’49 war.

Want to know more about this intriguing woman, who will turn 93 next month? Check out “Becoming Dr. Ruth,” a 90-minute comedy-drama by Mark St. Germain from 2012 that makes its debut at Petaluma’s Cinnabar Theater in a production that begins streaming at 7:30 p.m. Friday and remains accessible through May 30. Actress Ann Woodhead, who has appeared in previous productions of the play in Sebastopol and Mendocino, stars in the title role.

Sunday Supper with the Stars: That’s what Cal Performances is calling the glittering cavalcade of high-octane artists who will be featured in Sunday’s 6 p.m. virtual fundraiser, to be hosted by choreographer and former Alvin Ailey American Dance Theater dancer Hope Boykin.

Amazingly, the streamed celebration is free to view upon registration and will remain accessible for 48 hours thereafter. However, there will be ample opportunity to donate, and sponsorship packages will be available that include a pre-event Zoom party with surprise guests and delivery of a catered wine-and-dinner meal from Oakland’s Market Hall. Find out how to register at calperformances.org by clicking on “Support.”

The pause she makes before saying “something else,” as she gazes about the stage, suggests she has given the matter considerable thought but really can’t decide what kind of show “Animal Wisdom” is. Which is saying something, because it’s her show. Suffice to say “Animal Wisdom” is probably unlike anything you’ve seen on stage before.

Christian is a singer, songwriter, musician, actor and theater-maker who seems almost compelled by forces beyond her control to share the story about her family’s Southern swamp-country sense of mysticism, in which the dead — animal and human — play a major and active part. So “Animal Wisdom,” which Christian performs with her band, comes across as a blend of seance, mass, confessional and concert featuring Christian’s hard-charging blend of folk, gospel, rock and shards of other Americana.

The show debuted in 2017 at the Bushwick Starr theater in Brooklyn, New York, which has collaborated with San Francisco’s American Conservatory Theater and the Woolly Mammoth Theatre in Washington, D.C., to create a movie version now streaming on ACT’s site through June 13. Tickets are $19-$49; go to www.act-sf.org.

Music to her ears: Candace Y. Johnson, the Bay Area soprano, actor and educator kicks off a new stage musical series this weekend via The Marsh that aims to shine a light on African American composers.

Specifically, she is turning her considerable talents to art songs, a canon to which Black musical artists have contributed since the late 19th century. Her first presentation is titled “Music to My Ears — Hearing Adolphus Hailstork,” exploring the music of the prodigious 81-year-old composer, who has created scores of works for all manner of vocal and orchestral arrangements (and who is currently at work on a work dedicated to George Floyd, titled “A Knee on the Neck”).

Johnson, who considers the show a blend of musical performance, theatrical storytelling and music-appreciation course, will explore Hailstork’s life and compositional earmarks, and focus particularly on his 2002 work, “Ventriloquist Acts of God,” written for soprano and piano. She’ll be accompanied by pianist Marc Shapiro.

The production will be streamed via The Marsh at 7:30 p.m. Saturday and 5 p.m. Sunday. Each show will be followed by a Q&A with Marsh founder Stephanie Weisman. Access to the show is free, but donations are encouraged. Go to themarsh.org.

Live concerts in Napa: The big, bold, beautiful world of live music is slowly returning from the COVID-commanded blackout to which music fans and performers alike have been subjected. And it was heartening — and, OK, maybe just a little scary — to see the announcement this week that BottleRock Napa Valley is committed to putting on its massive festival on the not-too-distant Labor Day weekend with such stars as Megan Thee Stallion, Foo Fighters, Guns N’ Roses and Miley Cyrus. As for right now, one of the closest things to a full concert experience is also happening in Napa County.

It’s being staged by the Blue Note Napa jazz club at the Charles Krug Winery in St. Helena, and it kicks off Thursday night with Bay Area jazz singer and actor Stella Heath performing her “Billie Holiday Project” tribute show.

The series runs into September and there is obviously an appetite for live music, as many of the early shows (Los Lobos and Pink Martini, for example) are sold out. But tickets remain available for such acts as Bay Area electronic outfit Tycho (June 3-6), R&B singer Jody Watley (June 26), smooth jazz star Kenny G. (July 9-11) and Scottish singer-songwriter KT Tunstall (July 25).

The shows are following the standard COVID safety precautions, which you should review if you decide to go. Tickets and more information are at www.bluenotenapa.com.