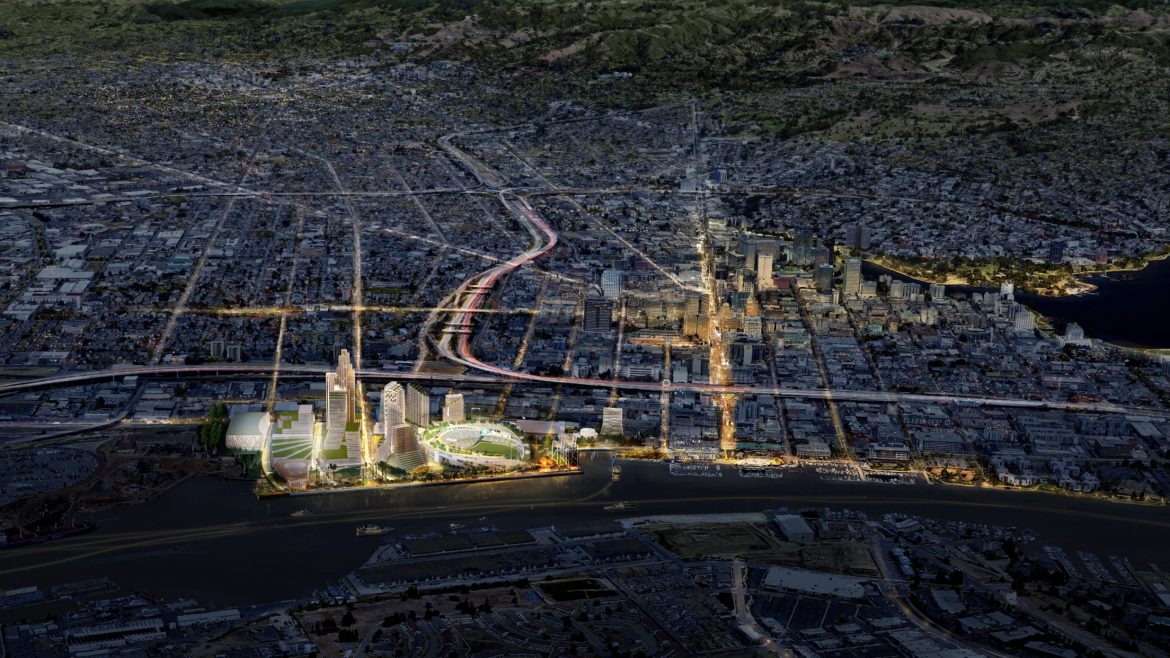 Major League Baseball announced Tuesday that it has instructed the Oakland Athletics to begin exploring other markets outside of Oakland while also continuing to pursue a waterfront ballpark in the city’s downtown.

The development is the latest in a years-long saga involving the A’s and their attempts to find a new home ballpark away from their current one at the Oakland Coliseum. The team has been working with local authorities on a proposed new ballpark at Howard Terminal west of Jack London Square. It remains the last major professional sports team in Oakland following the Golden State Warriors basketball team’s 2019 move to San Francisco and the Oakland Raiders football team’s move to Las Vegas last year.

The A’s on Tuesday morning posted on social media a statement from MLB about the status of the team’s efforts to move.

“MLB is concerned with the rate of progress on the A’s new ballpark effort with local officials and other stakeholders in Oakland. The A’s have worked very hard to advance a new ballpark in downtown Oakland for the last four years, investing significant resources while facing multiple roadblocks,” the league said.

“We know they remain deeply committed to succeeding in Oakland, and with two other sports franchises recently leaving the community, their commitment to Oakland is now more important than ever,” MLB said.

“The Oakland Coliseum site is not a viable option for the future vision of baseball. We have instructed the Athletics to begin to explore other markets while they continue to pursue a waterfront ballpark in Oakland. The Athletics need a new ballpark to remain competitive, so it is now in our best interest to also consider other markets,” the league’s statement ended.

“We share MLB’s sense of urgency and their continued preference for Oakland. Today’s statement makes clear that the only viable path to keeping the A’s rooted in Oakland is a ballpark on the waterfront.”

Berton said, “We have made great strides with the Governor’s certification and release of the EIR. Now with the recent start of financial discussions with the A’s, we call on our entire community — regional and local partners included — to rally together and support a new, financially viable, fiscally responsible, world class waterfront neighborhood that enhances our city and region, and keeps the A’s in Oakland where they belong.”

A’s president Dave Kaval also wrote a message in response to the MLB directive to explore other markets besides Oakland for the team.

“This is not an easy directive for our fans to hear. We believe in the vision we have presented for a waterfront ballpark; it is a project that will create jobs, housing, open parks, and countless community benefits for Oakland residents, and it will set the stage for more World Series titles for our fans,” Kaval wrote.

“A new ballpark is needed for the A’s continued success. We agree with MLB’s position that the Coliseum location is not a viable option for the future of the franchise. While we remain committed to succeeding in Oakland and will continue to work toward our waterfront ballpark, we will also follow MLB’s direction and immediately begin the process of exploring a new home for the A’s,” he wrote.

The East Oakland Stadium Alliance, a group that has advocated for the A’s to stay in East Oakland and build a new stadium at the Coliseum site, issued its own statement Tuesday criticizing the team and owner John Fisher.

“The Coliseum location is the ideal place to build a new stadium, as it already has freeway access, public transit, and more than enough space to create a ‘ballpark village’ that could revitalize East Oakland,” the group said. “Despite 50 years of history and four World Series victories, John Fisher and the A’s are now telling East Oaklanders without any explanation that East Oakland is no longer good enough.”