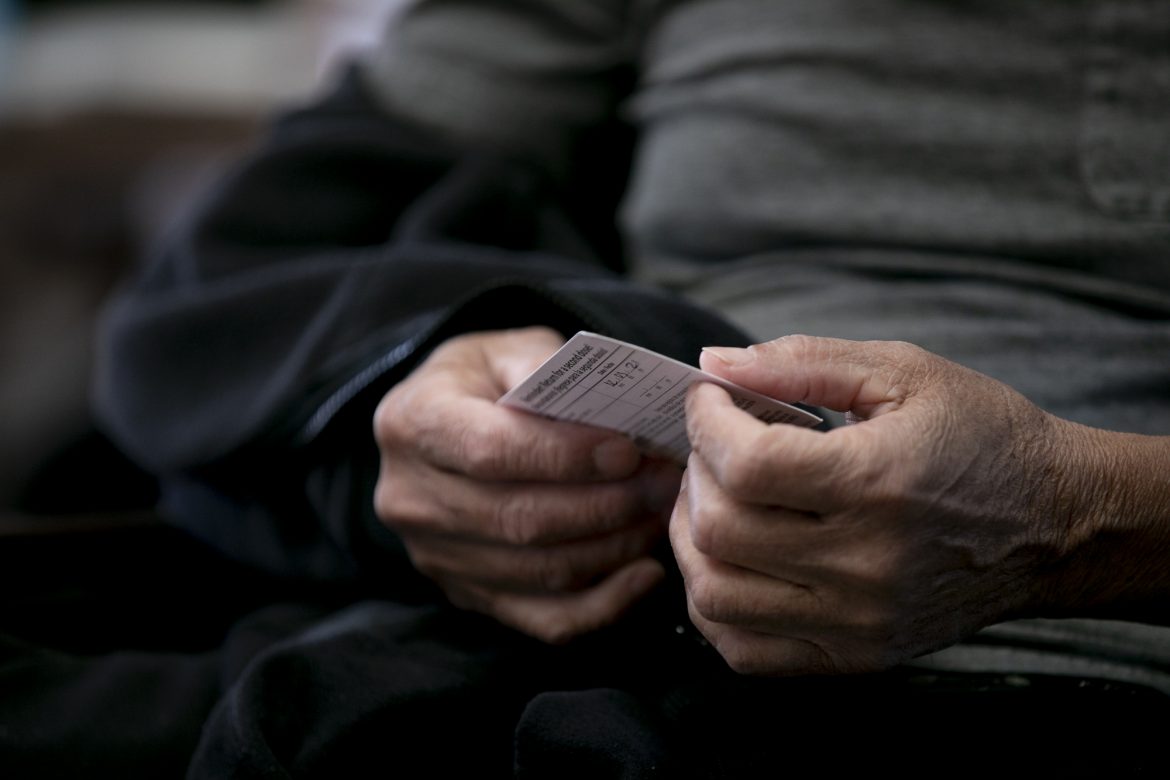 Now that more than 7.5 million Californians have been fully vaccinated against COVID-19, the Newsom administration has set a goal of reopening the state’s economy by June 15. So what does the state plan to do when it comes to proving that people are vaccinated?

State health officials said Tuesday that verification of immunization or testing may be required before some large events are allowed. But so far, they haven’t issued any guidelines or advice for businesses on how to do that.

A convention center could hold a conference for more than 5,000 people — but only if it establishes that everyone has been vaccinated or tested, according to a state order.

How will those venues verify who’s vaccinated and who isn’t? And what about travel? Public health experts, regulators and businesses are wrestling — in a highly politicized environment — with logistical, ethical and legal questions about how and whether to verify COVID immunization status.

For now, California has no plans to create a statewide vaccine passport or other credential. But private businesses, especially airlines, could require them in the near future.

Here are answers to six questions you may have about vaccine passports.

What is a vaccine passport, and what are their pros and cons?

A vaccine passport or credential verifies that the person carrying it has been fully immunized against COVID-19. A related “health pass” also could verify immunization, or could confirm a negative COVID-19 test or recovery from COVID-19 and some subsequent immunity.

Supporters of vaccine passports say they can help reopen the economy more quickly, portraying them as a temporary fix needed only until enough people have been immunized to reach herd immunity. The travel industry, including airlines and cruise lines, is particularly keen to get countries to ease restrictions on international travel and has said vaccine passports could help.

Critics say that credentials based on health status — especially if they’re digital-only — reinforce racial and economic inequities already seen throughout the pandemic and raise civil liberties and privacy concerns.

The U.S. debate over vaccine passports has a distinctly partisan tinge, with many conservatives decrying them as government overreach.

Does the U.S. government require any kind of vaccine passport? What about other countries?

No. White House officials have said repeatedly that the federal government will not create any kind of national vaccine passport. There is no federal mandate to be immunized against COVID-19.

However, federal officials are working with private companies to create privacy and equity standards for private passports that are now being developed, the Washington Post recently reported.

Other countries or regions are planning or already have developed national vaccine passports or health passes, including Israel, China, Japan and the European Union. Some of these countries are linking the digital passports to their national health care systems or immunization registries.

Requiring proof of vaccination for travel isn’t new: A number of countries mandate yellow fever or other vaccinations for incoming international travelers, and the United States requires numerous vaccinations for new immigrants.

Will California require any kind of vaccine passport?

California’s top health official, Dr. Mark Ghaly, said Tuesday that the state has no plans to develop its own vaccine passport.

Despite this, Assemblyman Kevin Kiley, a Republican from Rocklin, tweeted Tuesday that he plans to draft legislation “to stop the madness of vaccine passports before it starts.”

However, the state also sent some mixed messages: Businesses by June 15 “may return to usual operations…with limited public health restrictions, such as….testing or vaccination verification requirements for large-scale higher-risk events,” according to the state’s announcement.

In addition, the state would specifically require conventions of more than 5,000 people to verify attendees’ vaccination or negative COVID test status. “Unless testing or vaccination status is verified for all attendees, conventions will be capped at 5,000 persons until October 1,” according to the state order.

Denise Davis, a spokeswoman for California Chamber of Commerce, said the business group will discuss with its members about whether vaccine passports are beneficial for employers and the economy. “We’ll be talking about this in the weeks to come,” Davis said.

The San Francisco Giants will require proof of full vaccination or a negative COVID-19 test for fans 12 and older attending home games, which start Friday. The condition was set by the local health department, which allows Oracle Park to reopen at 22% capacity.

San Jose’s convention center, which can accommodate more than 20,000 people but is now closed, will await more guidance from the county health department before deciding on any kind of vaccine credential, said Frances Wong, director of marketing & communications for Team San Jose, which manages the center. Logistics would be coordinated with convention sponsors, she said.

“It’s definitely a light at the end of the tunnel,” Wong said. “All convention centers are excited for this.”

What are other states doing?

Other states are considering vaccine passports, but so far only New York has actually created one: The “Excelsior Pass” verifies vaccination status or a negative COVID-19 test.

Florida Governor Ron DeSantis, a Republican, recently signed an executive order banning any government entity from issuing a vaccine passport and any business from requiring them. Texas’ Republican governor issued a similar order.

That depends on its purpose.

New York’s Excelsior Pass verifies vaccination or COVID test status and allows users to print a pass – like an airline boarding pass – or save it on a digital app to display to businesses before entering.

The CLEAR company, which markets an identity verification system to travelers to speed their path through airport security, is creating a digital health pass that could link to your vaccination record and laboratory to provide timely testing results. The CommonPass, developed by a Swiss nonprofit and the World Economic Forum, would employ a digital bar code that travelers could show to border officials or airline staff. Both American and international airlines are testing the pass.

I already have a vaccine card. Is it the same as a passport? What should I do with it?

Yes and no. The paper record that you receive when you’ve been vaccinated can be lost or faked, so companies are trying to develop verification systems that are harder to game as reports surface of fraudulent vaccination cards.

That said, for now, the card you receive is the only easy way to show that you’ve been vaccinated. To protect it, keep it in a safe place. Take a picture of your card and keep it on your cell phone.

You can also document your vaccination by registering with V-safe, a digital vaccination side effect reporting system run by the U.S. Centers for Disease Control.

If you lose your card, you may be able to get a copy by contacting the California Immunization Registry. And it may be too late for this advice, but don’t post your card on social media because it can invite identity theft, according to the Federal Trade Commission.