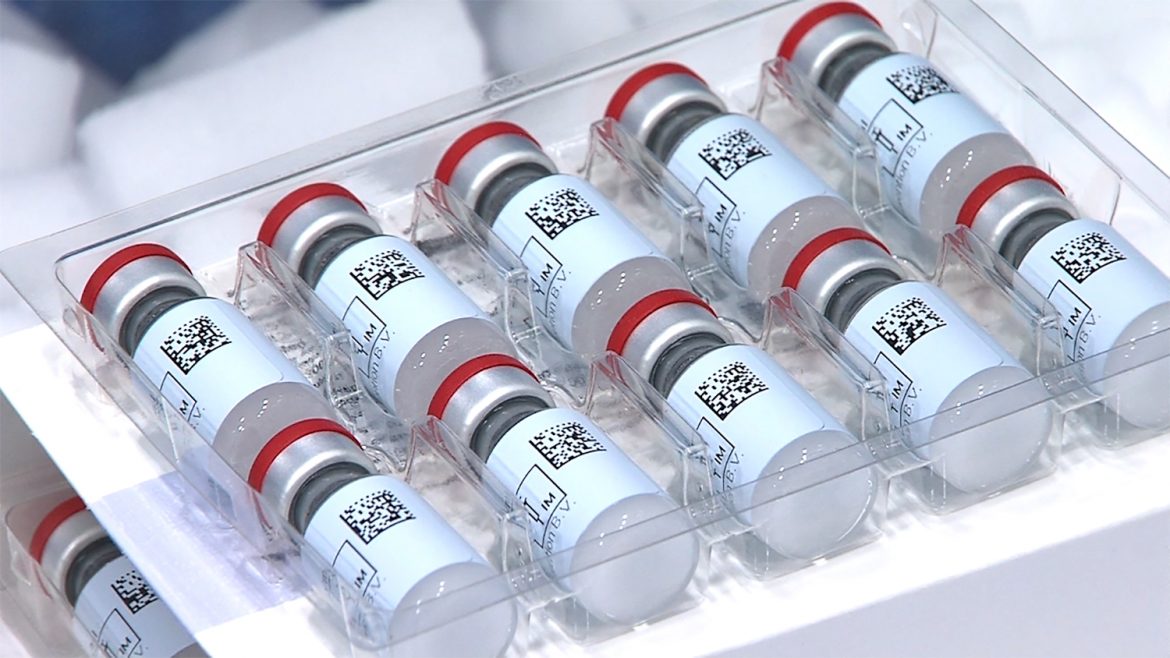 JNJ-78436735 is Janssen Pharmaceuticals Companies of Johnson & Johnson's vaccine. It is a one-dose vaccine for individuals 18 and over, with full protection 28 days after vaccination. The vaccine has been shown to be effective at preventing severe COVID-19 illness, hospitalization, and death. (Photo courtesy of Janssen Pharmaceuticals)

A Bay Area man is expected to be discharged from the University of California, San Francisco medical center later this week after developing an exceedingly rare case of blood clots less than two weeks after receiving the Johnson & Johnson COVID-19 vaccine, UCSF announced Monday.

The man was admitted to the UCSF medical center 13 days after receiving the vaccine, which was developed by Johnson & Johnson’s pharmaceutical subsidiary Janssen.

He was diagnosed with vaccine-induced thrombotic thrombocytopenia, also called VITT or TTS, after complaining of pain in his lower back and leg.

According to UCSF, he received the recommended therapeutic treatment for VITT, which includes intravenous antibodies and an anticoagulant. The man is expected to make a full recovery, according to the university.

“UCSF continues to follow guidance from the (U.S. Centers for Disease Control and Prevention) regarding the safety and efficacy of COVID-19 vaccinations,” the university said in a statement. “We strongly recommend that everyone age 16 and over receive the vaccine to prevent severe or long-term side effects of the virus.”

The man, admitted to the UCSF medical center Wednesday, is in his early 30s and is believed to be the first man with a confirmed case of VITT after receiving the J&J vaccine.

As of Friday, the CDC had confirmed 15 cases of the rare blood clot condition, all in women. Nearly 7 million doses of the one-dose J&J vaccine have been administered across the country.

The CDC and U.S. Food and Drug Administration advised states to pause the use of the J&J vaccine roughly two weeks ago to determine the risk of vaccine recipients developing blood clot conditions like VITT.

That pause came to an end over the weekend after an independent federal advisory committee determined the risk was not significant enough to take the J&J vaccine off the market.

Health officers in nine Bay Area counties echoed that guidance Sunday, saying in a joint statement that they would lift the pause this week.