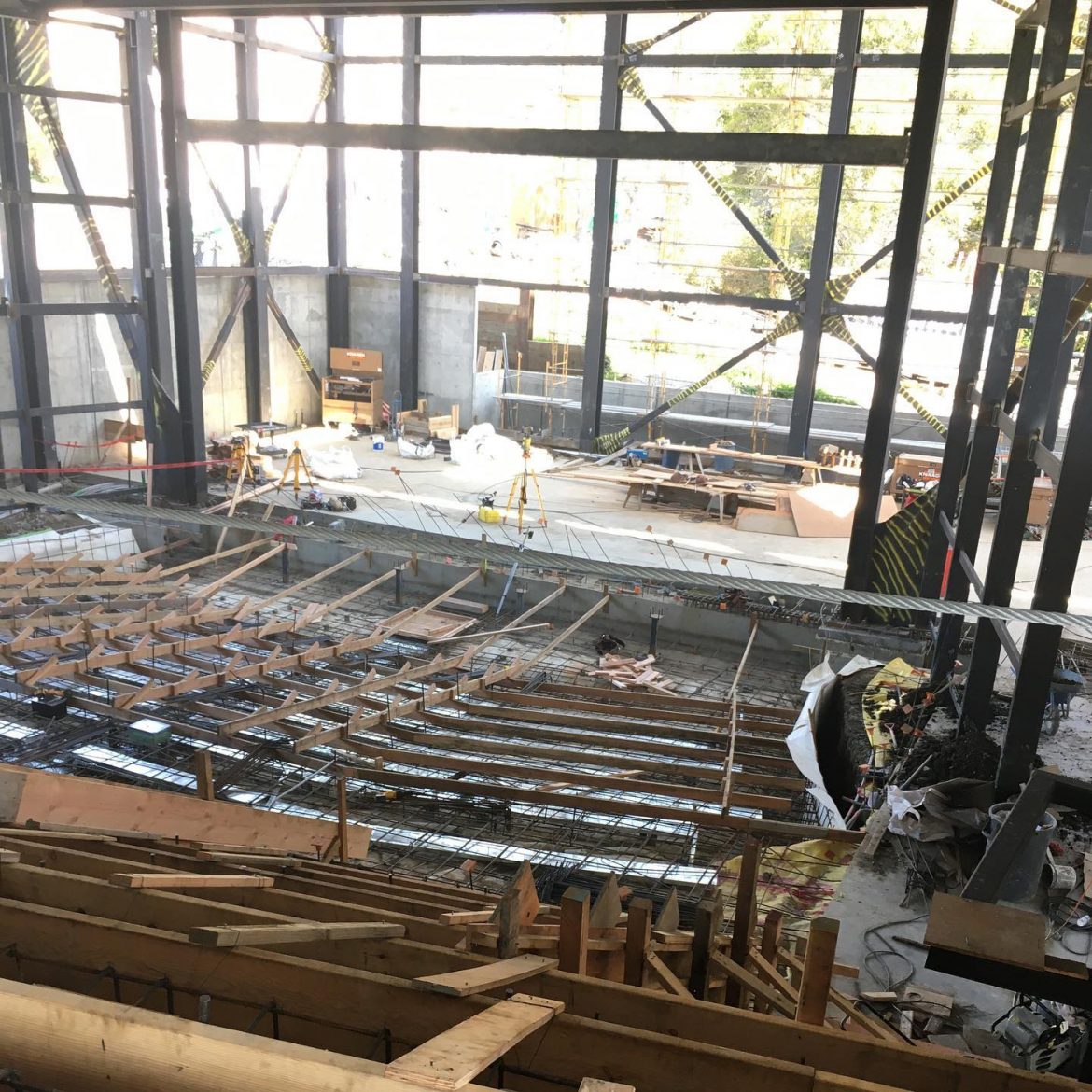 Unforeseen construction alterations and COVID-19 have sent the construction of the new Performing Arts Center over budget, but have not pushed back the planned opening date of the building significantly, said PUSD Director of Facilities and Construction Manager Pete Palmer. Government-mandated safety and accessibility upgrades, along with COVID-19 safety precautions, have increased spending nearly $1 million over the $29 million budget with additional cuts still needed. Despite this, the building is on target to receive a certificate of occupancy around Nov. 15, only about four to six weeks behind the original date.

“Essentially, it’s right on schedule even though we’ve been thrown a lot of curveballs,” Palmer said.

Before construction began, and budgets had already been finalized for both the Performing Arts Center and the STEAM Building, the Division of the State Architect (DSA) wanted to make significant revisions to the plans. These included increasing the amount of steel, adding additional fire and seismic safety measures, and improving general accessibility said Coordinator for the H1 bond program Michael Brady. While Brady said that alterations like these are expected, they were greater than normal, and also came with significantly higher tariffs.

“We negotiated the price for light fixtures and then the U.S. government said that any goods coming from China were going to have a higher tax on them and the tariffs ended up being almost $100,000,” Brady said.

When COVID-19 lockdowns hit the U.S. in March 2020, construction was initially put on hold. When it eventually started again, social distancing measures were put in place including the hiring of a full-time COVID-19 safety officer, Palmer said.

“The contractor is really hard on making sure everybody does a screener before they arrive,” Palmer said. “They take temperatures before the guys walk on, they are constantly cleaning tools—lots of disinfecting and lots of distancing. But it’s costing us a lot of money to have a dedicated COVID policeman.”

With unforeseen construction changes, tariffs, and the addition of COVID-19, the cost of both buildings has gone further over budget than any other district project.

To cut costs for the STEAM Building, “value engineering,” the substitution or temporary removal of non-essential parts, was employed in many aspects of construction, Brady said. This includes, for example, setting up the necessary infrastructure for solar panels so that they can be easily added when additional funding is generated. For the Performing Arts Center, scope reduction is going to be more significant than it was in the STEAM building, Palmer said, with an estimated $1.6 to $1.7 million in additional cuts.

“We were able to do a pretty good job in the STEAM building and not really affect [school] programs, but the theater is a little different now that we’re at the end of the project,” Palmer said. “It’s a lot of the theatrical lighting, drapes, orchestra shelves, acoustic panels, and even the seats. So we’re looking at some pretty major cuts in order to balance the budget.”

Regardless, Palmer said that construction work is still being completed in a way so that amenities can be added easily when the district has sufficient funds.

“We’re looking at whatever funding sources that we can achieve, including donations to the community, the Piedmont Education Foundation, interfund borrowing, capital projects funds, grants, and other state-funded programs,” Palmer said. “Wherever we can find it, we really want to finish this building as it was designed.”

Despite all this, the rate of construction is increasing, with the concrete roof and floors being recently poured and walls beginning construction shortly, Palmer said. When it is finally open, teachers and students alike will be able to use the building’s brand new Allen Harvey Theater, small black box theater and green room, and classrooms.

“I’m definitely excited about the fact that there will be a green room and about having a dedicated classroom space,” acting teacher Kim Taylor said. “I think we could have festivals and create new types of theatrical experiences there. I hope it’s going to be a place where the whole community will feel welcome to come and watch performances and that it will revitalize the performing arts in people.”