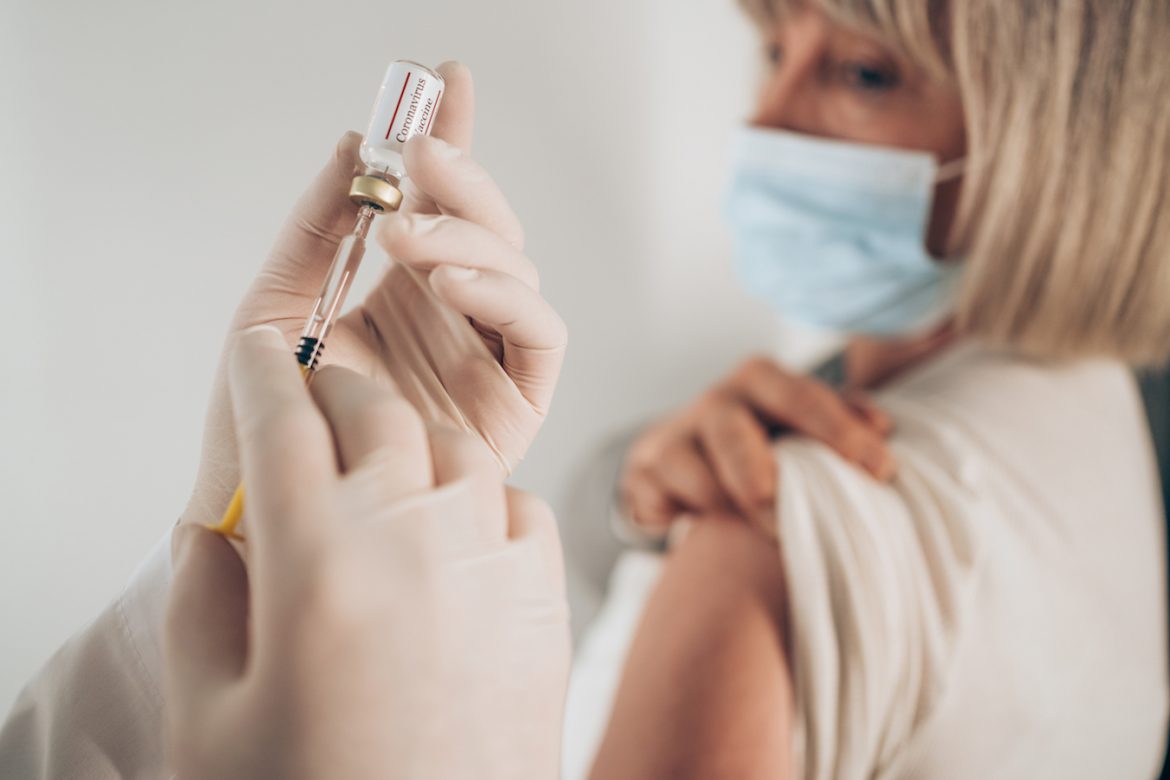 Mary Ann Steiner drove 2½ hours from her home in the St. Louis suburb of University City to the tiny Ozark town of Centerville, Missouri, to get vaccinated against covid-19. After pulling into the drive-thru line in a church parking lot, she noticed that the others waiting for shots had something in common with her.

“Everyone in the very short line was a woman,” said Steiner, 70.

Her observation reflects a national reality: More women than men are getting covid vaccines, even as more men are dying of the disease. KHN examined vaccination dashboards for all 50 states and the District of Columbia in early April and found that each of the 38 that listed gender breakdowns showed more women had received shots than men.

Public health experts cited many reasons for the difference, including that women make up three-quarters of the workforce in health care and education, sectors prioritized for initial vaccines. Women’s longer life spans also mean that older people in the first rounds of vaccine eligibility were more likely to be female. But as eligibility expands to all adults, the gap has continued. Experts point to women’s roles as caregivers and their greater likelihood to seek out preventive health care in general as contributing factors.

In Steiner’s case, her daughter spent hours on the phone and computer, scoping out and setting up vaccine appointments for five relatives. “In my family, the women are about a million times more proactive” about getting a covid vaccine, Steiner said. “The females in families are often the ones who are more proactive about the health of the family.”

As of early April, statistics showed the vaccine breakdown between women and men was generally close to 60% and 40% — women made up 58% of those vaccinated in Alabama and 57% in Florida, for example.

States don’t measure vaccinations by gender uniformly, though. Some break down the statistics by total vaccine doses, for example, while others report people who have gotten at least one dose. Some states also have a separate category for nonbinary people or those whose gender is unknown.

A handful of states report gender vaccination statistics over time. That data shows the gap has narrowed but hasn’t disappeared as vaccine eligibility has expanded beyond people in long-term care and health care workers.

In Kentucky, for instance, 64% of residents who had received at least one dose of vaccine by early February were women and 36% were men. As of early April, the stats had shifted to 57% women and 43%

A few states break the numbers down by age as well as gender, revealing that the male-female difference persists across age groups. In South Carolina, for example, the gender breakdown of vaccine recipients as of April 4 was slightly wider for younger people: 61% of vaccinated people ages 25-34 were women compared with 57% female for age 65 and older.

Dr. Elvin Geng, a professor at the medical school at Washington University in St. Louis, said women of all age groups, races and ethnicities generally use health services more than men — which is one reason they live longer.

Arrianna Planey, an assistant professor who specializes in medical geography at the University of North Carolina-Chapel Hill, said it’s often women who manage medical appointments for their households so they may be more familiar with navigating health systems.

Decades of research have documented how and why men are less likely to seek care. A 2019 study in the American Journal of Men’s Health, for example, examined health care use in religious heterosexual men and concluded masculine norms — such as a perception that they are supposed to be tough — were the main reason many men avoided seeking care.

Attitudes about the covid pandemic and the vaccines also affect who gets the shots.

Dr. Rebecca Wurtz, director of public health administration and policy at the University of Minnesota, said women have been more likely to lose jobs during the pandemic, and in many cases bear the brunt of teaching and caring for children at home.

“Women are ready for this to be done even more than men are,” Wurtz said.

Political attitudes, too, play a part in people’s views on coping with the pandemic, experts said. A Gallup poll last year found that among both Democrats and Republicans, women were more likely to say they took precautions to avoid covid, such as always practicing physical distancing and wearing masks indoors when they couldn’t stay 6 feet apart from others.

In a recent national poll by KFF, 29% of Republicans and 5% of Democrats said they definitely would not get the shot.

Paul Niehaus IV of St. Louis, who described himself as an independent libertarian with conservative leanings, said he won’t get a covid vaccine. He said the federal government, along with Big Tech and Big Pharma, are pushing an experimental medicine that is not fully approved by the Food and Drug Administration, and he doesn’t trust those institutions.

“This is a freedom issue. This is a civil liberties issue,” said Niehaus, a 34-year-old self-employed musician. “My motto is ‘Let people choose.’”

Steiner, who plans to retire at the end of the month from editing a magazine for the Catholic Health Association, said she was eager to be vaccinated. She has an immune disorder that puts her at high risk for severe illness from covid and hasn’t seen some of her grandchildren in a year and a half.

But she said some of the men in her life were willing to wait longer for the shots, and a few nephews haven’t wanted them. She said her brother, 65, received the one-shot Johnson & Johnson vaccine in early April after her daughter made it easy by arranging it for him.

Steiner, who has now received both doses of the Moderna vaccine, said she doesn’t regret taking the more difficult step of traveling five hours round trip to get her first shot in February. (She was able to find a closer location for her second dose.)