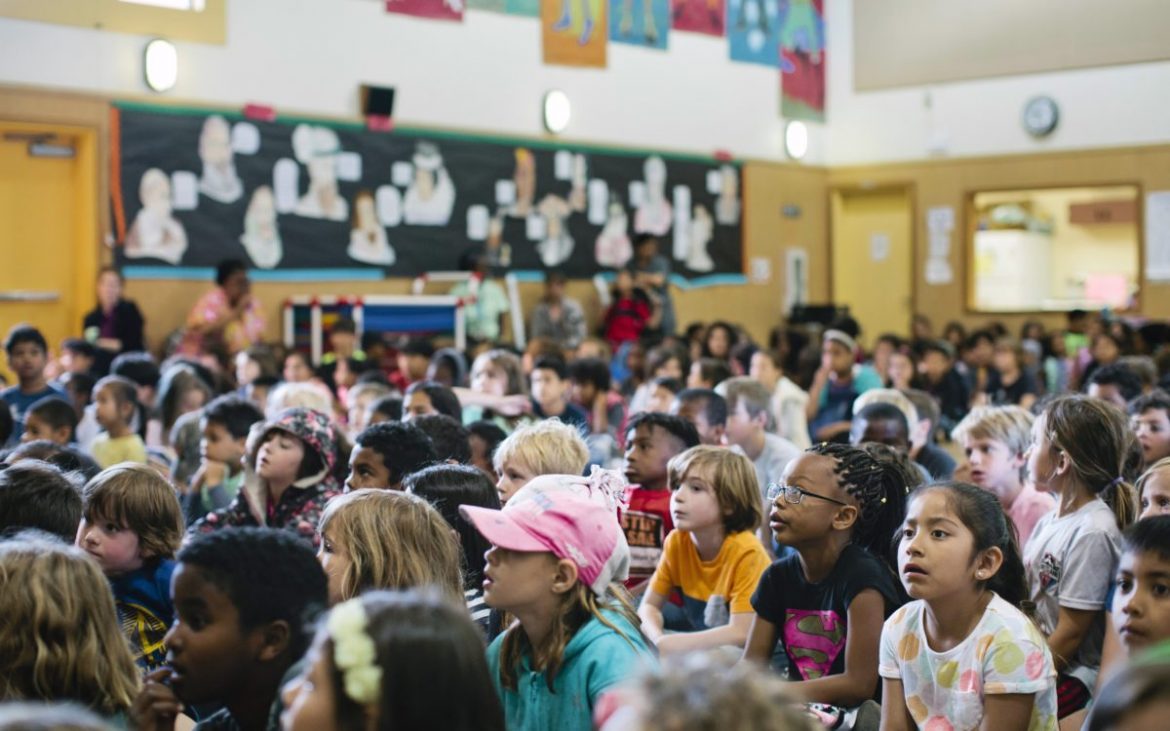 All school assembly for a music performance by third, fourth and fifth graders at Redwood Heights Elementary School in Oakland, Calif., Wednesday, May 17, 2017. Photos by Alison Yin for EdSource

A report this week on the state’s 296 suburban school districts refutes the notion that they’re homogenous and largely white enclaves. Data show that overall they reflect the state’s diversity, but defy generalizations because individually they vary greatly in demographics, wealth and academic achievement.

The report, “Beyond the White Picket Fence: A Picture of Suburban Schools in California,” was written by Sherry Reed of the California Education Lab at UC Davis. Suburban districts are generally located within a large metropolitan area but outside of a principal city.