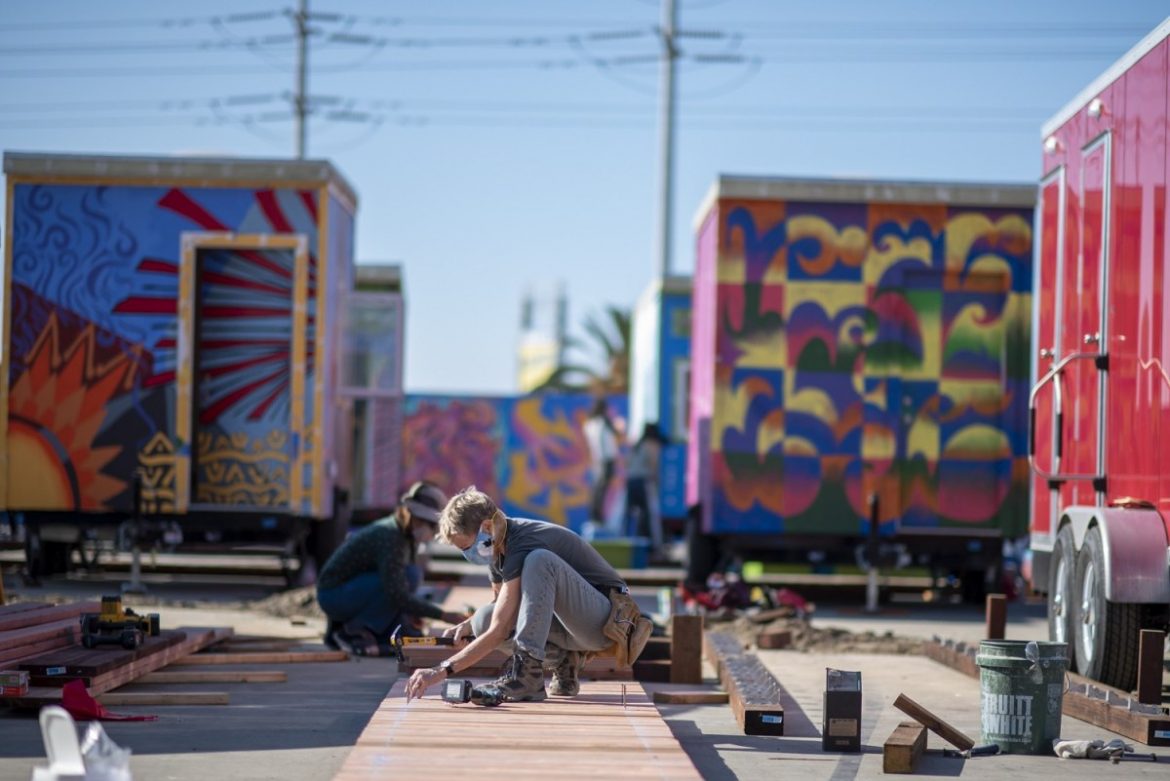 Located near the Oakland Coliseum, the Tiny House Youth Empowerment Village is an ambitious project spearheaded by Youth Spirit Artworks with the goal to provide homeless young adults a place to build community, learn skills, do art and have a safe place to shelter during COVID-19. (Photos by Daniel Arauz)

An audit of homeless services in Oakland found that a team charged with closing and cleaning homeless encampments was not adequately prepared to deal with the problem and lacked an efficient strategy for dealing with the growth of the camps.

That’s according to City Auditor Courtney Ruby, who will present an informational report on homeless services to the City Council’s Life Enrichment Committee on Monday afternoon.

For several years, city residents have identified homelessness as the most pressing issue facing Oakland. The last Alameda County Point-in-Time count of homeless people, which was completed in 2019, found that between 2015 and 2019, the number of homeless people living in Oakland increased by 86 percent.

The count found that nearly 79 percent of homeless people were unsheltered because of a lack of permanent affordable housing options and limited emergency and temporary housing options. The count also identified that 70 percent of Oakland’s homeless population are African American, compared to 24 percent in the general population.

The increase in homeless residents resulted in a significant rise in the number of encampments. The city estimates that at least 140 encampments are scattered throughout Oakland, In response to the rise in encampments, the city four years ago established the Encampment Management Team (EMT) to coordinate the city’s response to the problem.

The audit found the city was not adequately prepared to shoulder such a massive project and the EMT was overwhelmed by the undertaking of closing and cleaning encampments throughout Oakland.

“Specifically, the audit found the city lacked an effective strategy for dealing with the growth in encampments and did not provide sufficient policy direction or adequate funding at the onset of this crisis,” according to Ruby’s report.

Additionally, the team lacked sufficient resources, including a budget.

Overall, the audit found the city needs to establish and fund a formal encampment management program to address the findings in the audit and to put in place effective management systems to implement, evaluate, and monitor the new encampment policy passed last fall.