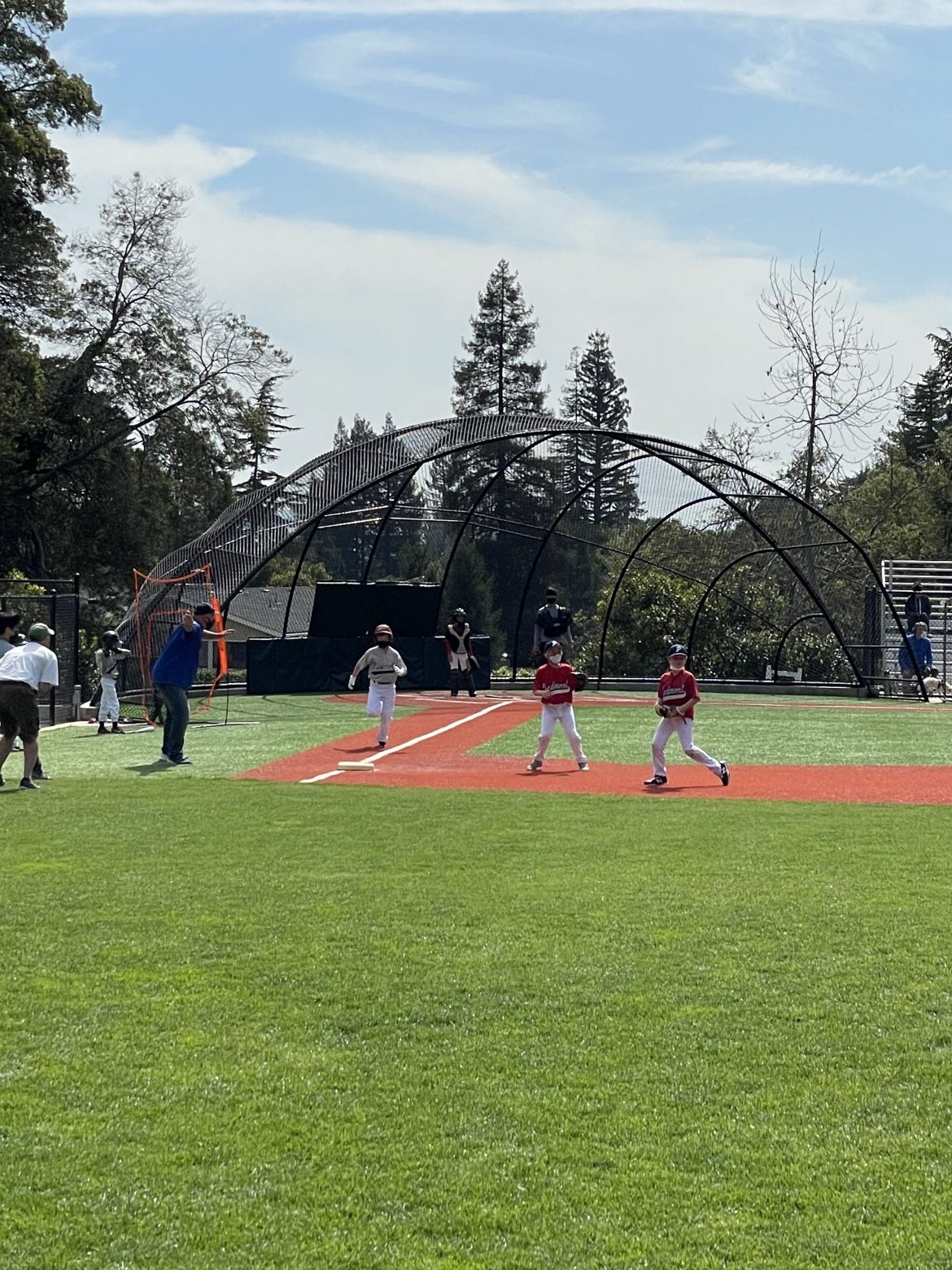 The top of the third inning ended when Nico Certa caught a hard line drive down the third baseline. In the bottom of the third, despite good defense by Rockhounds’ Sam Miller and Luca Ceccarelli, the Ghosts pulled ahead by 5 runs.

The Rockhounds answered in the top of the fourth, scoring 5 runs with Ceccarelli driving in three of those runs with a big hit to the outfiled. In the bottom of the fourth, Ceccarelli was able to catch a ball coming straight back to him as the pitcher, and Aiden Emigh snagged Gael Fierro’s huge hit to the right field. But the inning ended with another giant hit by Harrison Ganotis Owen, scoring three runs to put the Ghosts ahead 11-6.

In the top of the fifth, the Rockhounds loaded the bases and scored two runs. Will Bleharski’s drive to right field plated three more runs to tie the game at 11. The bottom of the fifth started with Ryan McMurtry hitting a bomb to center field to score one run. The Ghosts scored again to win 13-11.