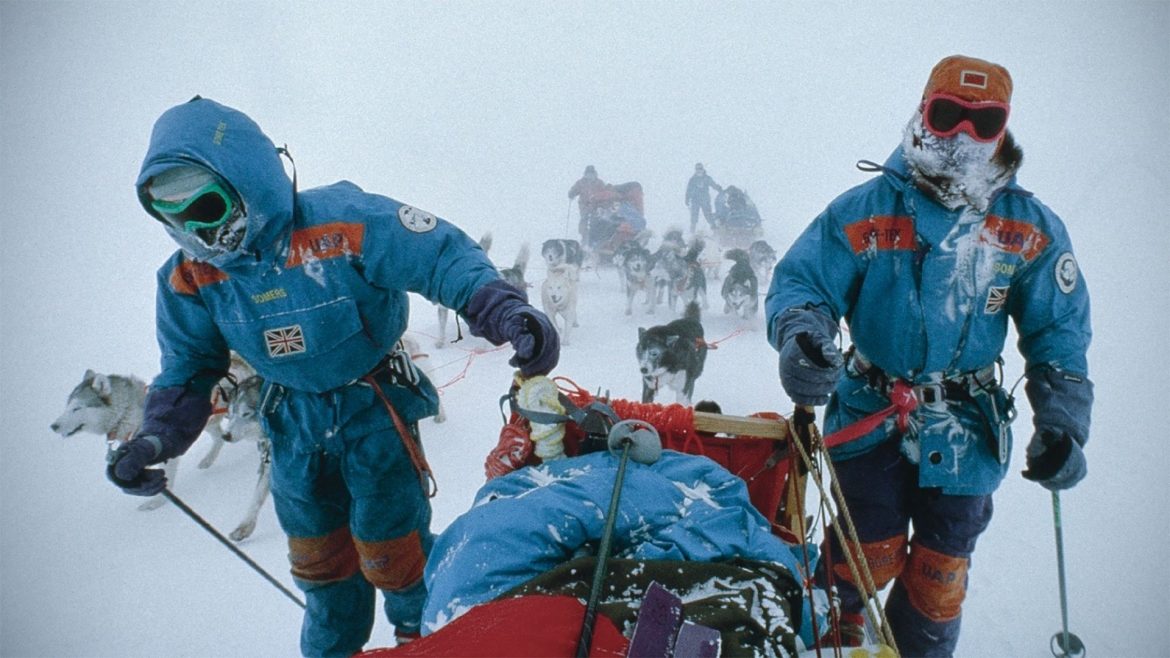 The 2021 SFFILM Fest kicks off Friday, mixing into its impressive, mostly virtual 100-plus-film program a few drive-in screenings, including an event featuring a live performance by the Grammy-winning, Oakland-based Fantastic Negrito.

Of course, there are other notable drive-in screenings to choose from and a diverse offering of films large, midsize and small.

One of the biggest Bay Area events will be the screening of Peter Nicks’ “Homeroom,” the final documentary in his trio of films dedicated to taking a fly-on-the-wall gaze into a few of Oakland’s public entities. SFFILM is honoring the award-winning filmmaker with its George Gund III Craft of Cinema Award. The film is available to stream through the run, with the special screening at 6:30 p.m. April 16 at Fort Mason Flix. (https://sffilm.org/event/homeroom/)

There’s much more. Here are a few films with Bay Area ties that are not to be missed. For tickets and a full schedule, visit https://sffilm.org/.

“We Are as Gods”: Even in his 80s, Stewart Brand — Whole Earth Catalog founder and Bay Area mover and shaker — doesn’t appear to be slowing down. In this documentary from David Alvarado and Jason Sussberg, Brand’s story is told, from his hippie days in the region to his work today. (https://sffilm.org/event/2021-we-are-as-gods/)

Fantastic Negrito: Live Score + Screening of “Lost Landscapes of Oakland”: You’re going to need to snag a pricey drive-in ticket ($100 per car) to catch this one. But it’ll be worth it. The Oakland-based artist Fantastic Negrito has written a score to accompany an updated version by Oakland’s alex cruse of Rick Prelinger’s “Lost Landscapes of Oakland,” which was shown in 2014 at the Oakland Museum. For Oakland residents and Fantastic Negrito fans, this is a must-see. (https://sffilm.org/event/fantastic-negrito-live-score-lost-landscapes-of-oakland/)

“After Antarctica”: Prepare some hot tea because you’re going to need to warm up while watching San Francisco documentary maker Tasha Van Zandt’s first feature documentary on the leader of a 1989 international expedition to cross Antarctica. Van Zandt’s gripping account of Will Steger’s adventure-seeking life and highs and lows is ideal for fans of outdoor documentaries such as the Oscar-winning “Free Solo.” Steger makes a compelling figure and his then-and-now account of Antarctica makes a strong case that we should do everything we can to combat climate control. (https://sffilm.org/event/after-antarctica/)

“Cuban Dancer”: The emotional and aspirational journey of an adorable ballet dancer from Cuba as he immigrates to Florida and eventually moves to San Francisco is intimately and joyously chronicled in Roberto Salinas’ sensational documentary. Salinas follows the sensitive and charismatic Alexis for five years, capturing the heartache of being separated from his girlfriend and his stumbles while adjusting to American life. (https://sffilm.org/event/cuban-dancer/)

“Rita Moreno: Just a Girl Who Decided to Go for It”: “The West Side Story” Oscar winner is a treasure, but she’s also weathered hard times — sexism, sexual assault, racism and a loveless marriage. The Berkeley resident discusses nearly all in Mariem Perez Riera’s exceptional documentary, a favorite when it debuted at this year’s Sundance Film Festival. You’ll walk away from it with even more respect for the EGOT star.  (https://sffilm.org/event/rita-moreno-just-a-girl-who-decided-to-go-for-it/)

If you’re interested in rooting for Oscar nominees in all categories, you’ll want to see (either in person or from the comfy confines of your couch), the Oscar Nominated Shorts contenders.

“2021 Oscar Nominated Shorts — Documentary”: This category tends to be brutal, stocked with hard-hitting, tough-to-watch entries. This year is no exception. The brightest, most upbeat and heartfelt entry is “A Concerto Is a Conversation,” a lovely piece about the love and bond between a grandfather and a grandson. “Collete” is crushing as a 90-year-old French woman visits for the first time the German concentration camp where her brother perished. “Do Not Split” sends us into the violent confrontations between authorities and Hong Kong protesters. “A Love Song for Latasha” is a remembrance of the spirit of a Black girl who was shot dead in 1991, and “Hunger Ward” is a nightmare-inducing visit to Yemen hospitals where nurses desperately try to save the lives of malnourished children, casualties of war. All are deserving. (Now available at various independent theaters, both in-person and online)