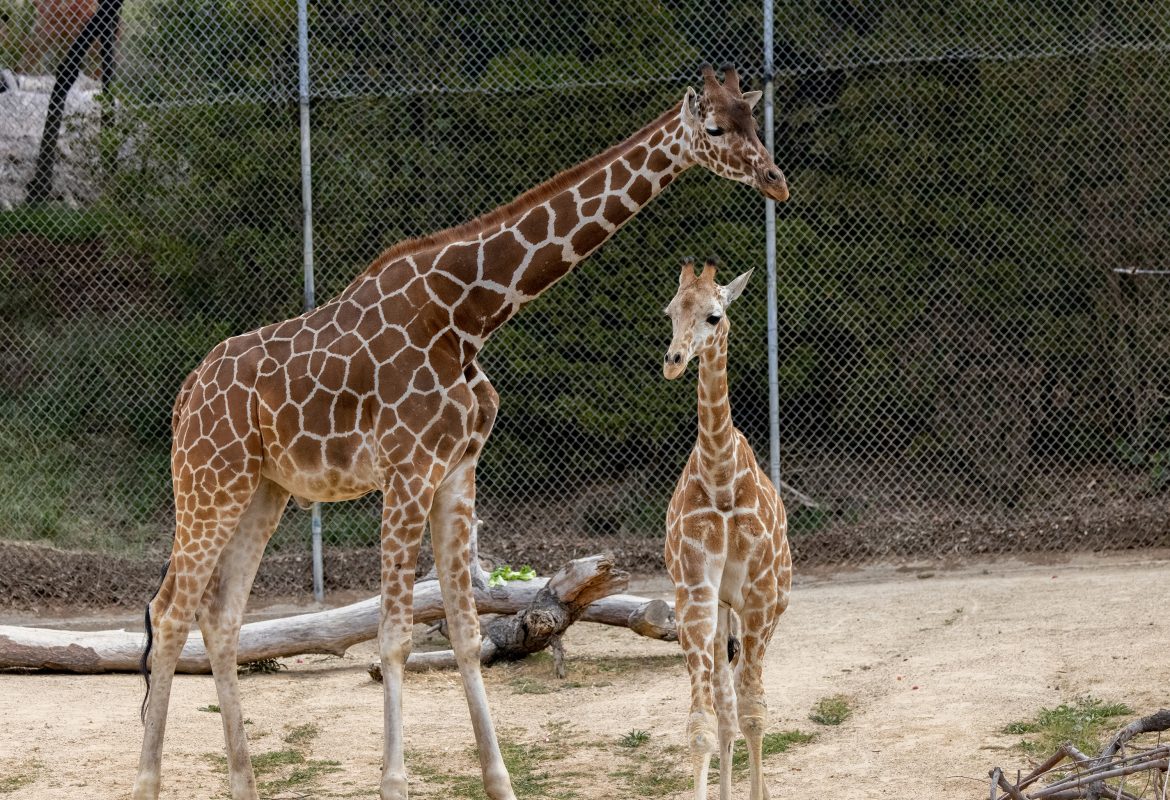 Tsavo, a male reticulated giraffe, has arrived at the Oakland Zoo, increasing the herd to a healthy number, zoo officials said Thursday.

The soon-to-be 4-year-old is the sixth in the herd and he is now socializing with his herd mates in the zoo’s African Savannah.

Giraffes are highly social and having a herd close in number to what is found in the wild is critical to the well-being and social structure of giraffes, according to zoo officials.

The Oakland Zoo suffered a loss of four giraffe in recent years, so Tsavo is a welcomed addition. “The diversity of ages and mixture of males and females in this herd will be similar to the social dynamics that giraffe experience in the wild,” said Colleen Kinzley, vice president of animal care, conservation, and research at the Oakland Zoo.

Tsavo comes from the Fresno Chaffee Zoo following months of planning. Together, animal care teams at both zoos worked to make Tsavo’s move in his best interest and in the interest in his species.

“It is a complex process to move a giraffe safely and humanely, so our teams cooperated on a number of details, including training and preparation, to allow him maximum choice and control throughout the process,” said Jon Forrest Dohlin, CEO of Fresno Chaffee Zoo.

Tsavo came to the Freson Chaffee Zoo from the Dallas Zoo when he was one and a half years old. While in Fresno, he was inquisitive and explored his habitat and new items, including new food.

“Tsavo’s curious nature and frequent visits to giraffe feeding platform make him a favorite of guests and zookeepers alike,” said Vernon Presley, curator of elephants and ungulates at the Fresno Chaffee Zoo. “We know that he will continue to be a great ambassador for reticulated giraffes and the conservation issues his species face.”

Giraffes in Africa over the past 15 years have faced a “silent extinction” with a 40 percent decline in their numbers. The Oakland Zoo works with the Reticulated Giraffe Project in Kenya, a conservation group, to limit human-wildlife conflict and habitat loss.

Reticulated giraffes can be identified partly by the net of large polygons and cream-colored lines in their coats. They are a bit smaller than the other eight subspecies of giraffe with a head-to-body length of 12 to 15 feet.