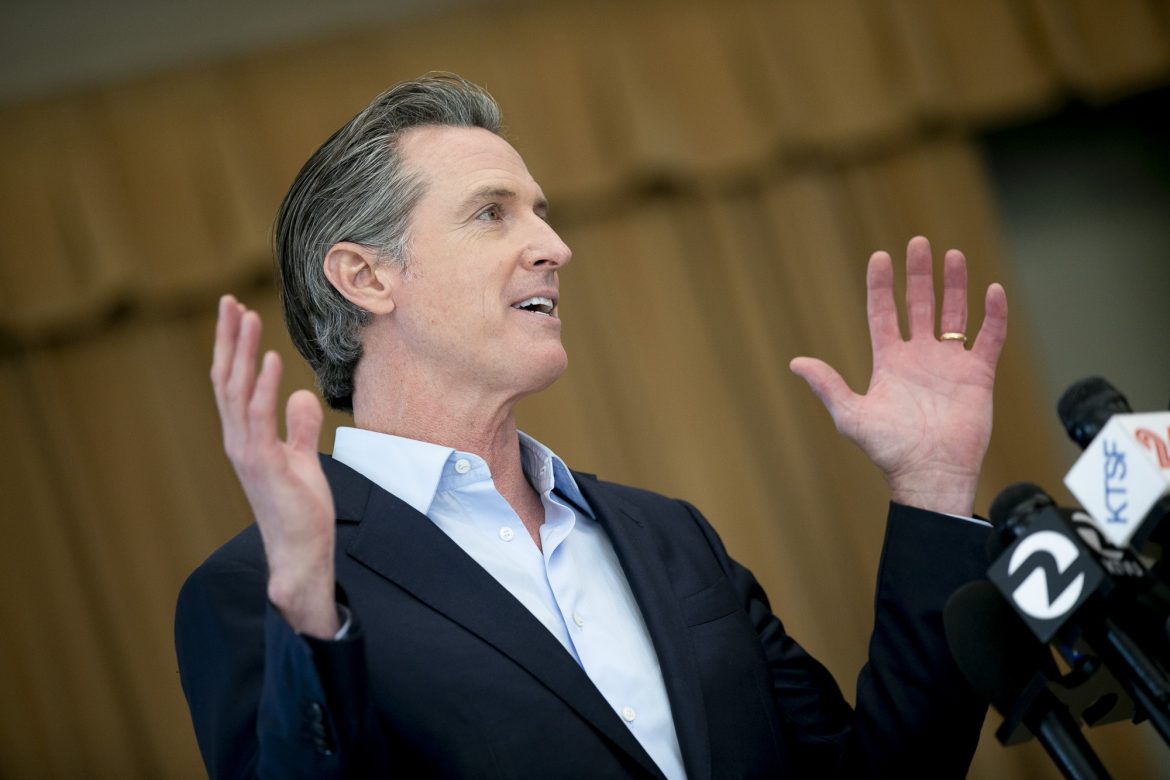 Gov. Gavin Newsom speaks to the press during a visit to Ruby Bridges Elementary School in Alameda on March 16, 2021. Photo by Anne Wernikoff, CalMatters

Things are looking up for Gov. Gavin Newsom.

Majorities of Californians — 58% of likely voters and 64% of public school parents — approve of how the governor is handling the state’s public K-12 education system, and a solid 59% of likely voters give him high marks for his approach to school reopenings, according to a Public Policy Institute of California survey released late Wednesday night. The findings, which came two days after Secretary of State Shirley Weber announced that supporters of the Newsom recall had gathered enough signatures to force a special election later this year, bolster previous reports suggesting the governor is well positioned to keep his job.

Indeed, 80% of Democrats approve of Newsom’s handling of the school system — compared to just 21% of Republicans.

The numbers could pose a significant hurdle for Newsom’s GOP challengers, who frequently cite California’s minimal in-person learning opportunities as a major reason for recalling the governor. As of Wednesday, just 50% of public school students had the option to return to some level of in-person instruction, according to a Los Angeles Times analysis of state data. It also remains unclear whether students will return to campus full-time next school year: Newsom has made clear he expects it, but hasn’t endorsed a mandate. It could be a key issue in the election: 64% of likely voters told the Public Policy Institute of California they’re concerned schools won’t reopen for full-time in-person instruction in the fall.

Despite Newsom’s high marks, voters’ anxieties about the quality of their children’s education were apparent in the survey. An overwhelming 89% said students are falling behind academically due to the pandemic, 48% said the quality of education has gotten worse in the past few years, and 42% of parents said they would send their kids to private school if cost and location weren’t an issue. That’s up from 31% in 2018 — and may have something to do with the fact that California’s public school enrollment just hit a 20-year low.