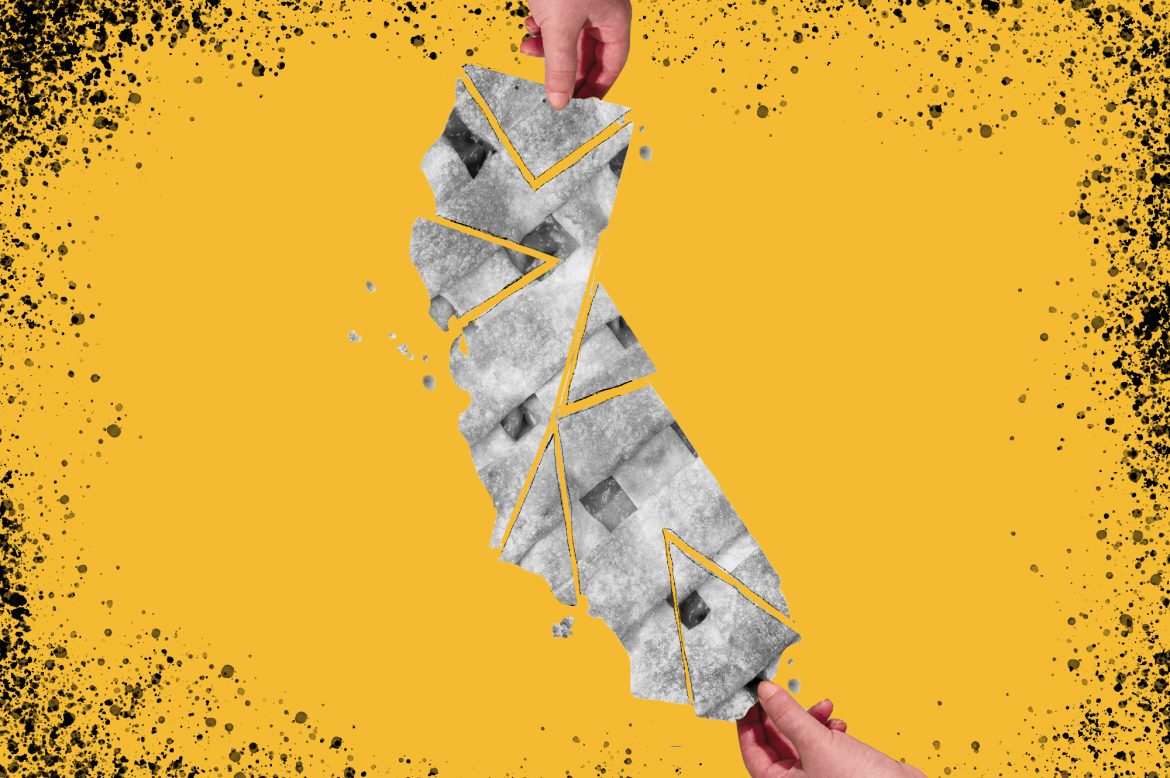 For the first time in its 171-year history, California’s political voice is about to get a little quieter.

After months of delay, the U.S. Census Bureau today released new population estimates for each state. The bad news for California: It loses a seat in Congress, down from 53 House districts to 52.

The worse news: Not only does that mean the state will have one fewer representative in the House, it also means one fewer vote in the Electoral College that decides the presidency and proportionately less of the $1.5 trillion in federal money distributed by population each year.

Maybe the hardest news to take of all: While California is seeing its national stature shrink ever-so-slightly, that power is being shunted to our faster-growing rivals, Texas (which adds two seats) and Florida (which gets one). In all, seven House seats will shift among 13 states, the smallest change since 1941.

The federal government is required to conduct the census every ten years. That data is used to dice the country up into 435 roughly equally sized congressional districts.

“It’s a fixed pie, and California did not grow as fast as the rest of the nation,” said Hans Johnson, a demographer at the Public Policy Institute of California, speaking today at a UC Riverside webinar on the new census data.

Between 2010 and 2020, the national population increased by 7.4% to 331.4 million, according to the bureau’s new figures. That’s the second smallest increase in the 24 decades the census has been done. California’s population grew by even less, just 5.9%, from 37.3 million to 39.5 million residents.

Census officials said that while California recorded more births than deaths over the decade and the state added international residents, more people moved to other states than came here. There’s another potential factor: Last year, the U.S. Supreme Court refused to allow the Trump administration to place a question about immigration status on the 2020 census. Still, activists and Democratic elected leaders said the high-profile effort might discourage undocumented immigrants from participating and lead to an undercount in states with large non-native born populations like California.

The loss of a congressional seat is also likely to fuel a narrative peddled by conservatives that Californians are fleeing an expensive Democratic-governed state in search of cheaper, less regulated climes.

Sure enough, former San Diego Mayor Kevin Faulconer, who plans to challenge Gov. Gavin Newsom in the recall election that today became all-but-certain to happen later this year, used the announcement by the Census Bureau to bash the governor. “Gavin Newsom’s policies have been an assault on affordability and livability for families across this state. Californians are being forced to leave their home state in droves,” Faulconer said in a campaign press release.

Though the number of new Californians has been slowing for decades, a Public Policy Institute of California analysis found that rising net migration from California to other states has become an increasingly significant “drag on the state’s overall population growth.”

An analysis of the new data conducted by the state Department of Finance and shared by department spokesperson H.D. Palmer disputed the notion that outward domestic migration was to blame for California’s lost seat and instead pointed the finger at former President Trump’s nativist immigration policies.

“Domestic flows out to other states were more than offset by international migrants,” the analysis reads. “However, federal immigration policy decisions in the last half of the decade, accompanied and perhaps exacerbated by an officially pronounced federal view of immigration overall, slowed California’s migration-related growth.”

Much of the federal funding distributed to the various states is also based on census data. Medicare and Medicaid, food stamps, highway construction and affordable housing vouchers are among the federal programs split up on a per-person basis. Now California will be getting a bit less.

The news also makes a thorny political problem even thornier for the state’s independent redistricting commission, which must now draw new congressional maps with one fewer district. That will water down the political representation of hundreds of thousands of voters somewhere in the state and could potentially deprive an incumbent of his or her seat.

It’s still too early to say who is going to lose out in that process. But today’s announcement raises the stakes of what was already a very high-stakes job.

“The highly debated question regarding where we will lose a congressional seat remains unanswered,” the commission said. “The commission will use the census data in conjunction with input from communities on the ground to create a full assessment of the representational needs of the state.”

Because the bloc of states that stand to gain House districts skew more purple and red than the states that are losing seats, today’s shuffle also raises questions over control of the House. Rep. Nancy Pelosi of San Francisco regained the speaker’s gavel after the 2018 election; Minority Leader Kevin McCarthy of Bakersfield wants to become speaker.

While census officials said that states will get redistricting data by Aug. 16, elections officials across California have also been sounding the alarm that the delay in census data will make it much harder for the redistricting commission to draw up the state’s new electoral maps in time for the 2022 midterms.

Even if the commission is able to do the work on time, the crunched timeline could jeopardize “the ability of the public to participate in the process,” said John Dobard with Advancement Project California, a racial justice advocacy group, speaking at the webinar.

Today’s news also removes an easy alternative if the commission runs out of time to finish its maps, said political consultant Matt Rexroad.

With California losing a seat, “there is no legal remedy to just run the old seats,” he said. “You don’t have that off-ramp anymore.”