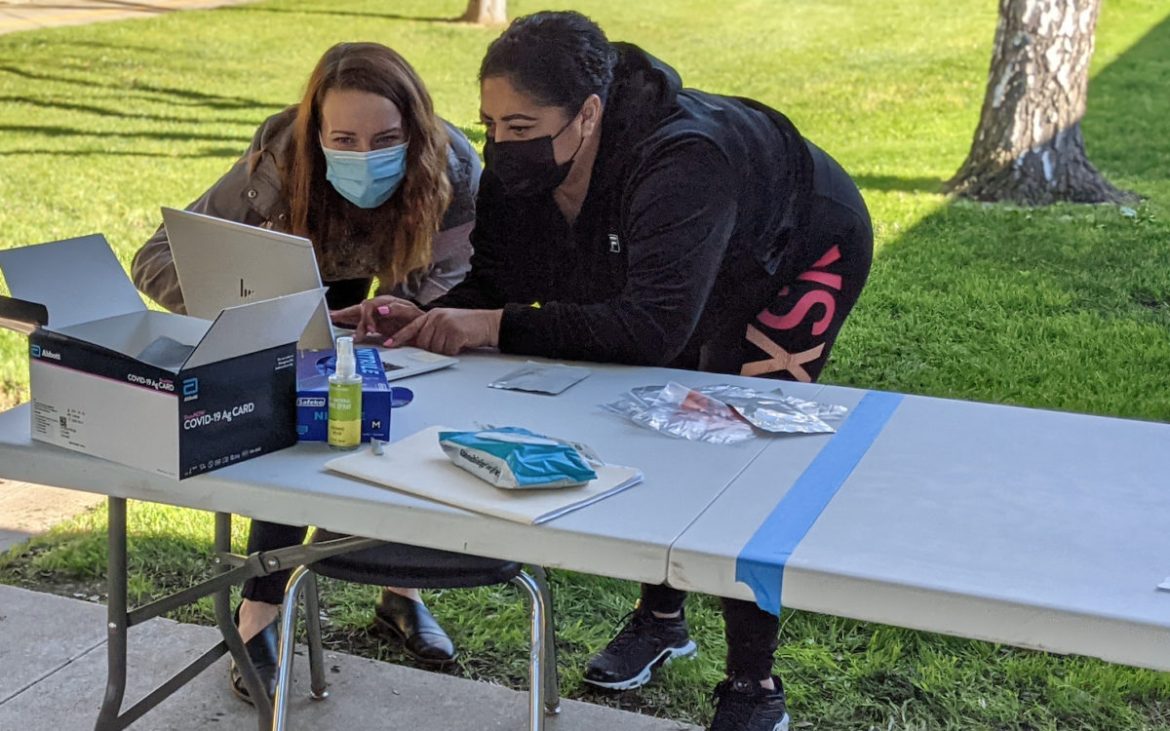 Encouraged by the results of an 11-district pilot program, the state of California is now expanding access to cover any school district’s or charter school’s cost of rapid diagnostic Covid testing of students and staff through the summer and likely into the fall.

The California Department of Public Health made the offer last week in announcing it has awarded a statewide contract to Primary.Health, a San Francisco company, to expand Covid testing in schools, homeless shelters and long-term care facilities.

With hundreds of thousands of students heading back to school this month and into the summer, rapid Covid screening is a key strategy to reassure parents and teachers that schools are safe by identifying positive infections, particularly among asymptomatic children, before they can transmit the disease to others.

Los Angeles Unified corroborated this. Its extensive rapid testing program during the past three weeks identified 105 employees and 196 students, most of them high school athletes who tested positive. They will stay out of school until they are virus-free (go to minute 16:40 of Supt. Austin Beutner’s community update).

In January, districts balked when Gov. Gavin Newsom first proposed making regular testing a requirement for receiving $2 billion in state funding, citing the cost — over $50 per test at that point — and logistics of setting up testing sites on their own.

Since then, Congress and the Biden administration have funded billions of dollars in Covid relief that can be used to underwrite testing costs for states and school districts. Companies have developed cheaper tests with quicker turnaround times. And Primary.Health now has simplified the process of administering the tests and collecting the data.

The combination of factors “reduces the complexity during a year of so many changes, making it way easier to say yes to testing,” said Ann Waterman Roy, the point person on antigen testing for the Ravenswood School District in East Palo Alto, one of the districts that participated in the rapid Covid testing pilot program.

The partnership between the California Department of Public Health and Primary.Health eliminates many of the logistical and cost obstacles districts have faced, said Sunshine Moore, senior vice president of external affairs and business development for Primary.Health.

The state has purchased 5 million BinaxNOW antigen test kits, produced by Abbot Labs for $5 each, and distributes them to districts at no charge, eliminating the need for billing. With training over the internet, state health officials teach school staff on the testing procedures. Testers don’t have to be medical and health professionals. Primary.Health provides the online platform and dashboard for recording test results, uploading them to the state and displaying the data to the public.

Antigen tests can detect the presence of proteins from the virus within 15 minutes and have been certified to detect the virus in asymptomatic individuals. They work by inserting a cotton swab in the front part of the nose for about 15 seconds. Students can self-administer in front of a trained staff member. One elementary student in a news video said it felt like “tickling.”

Antigen tests are not quite as sensitive as molecular or PCR diagnostic tests, which detect the genetic material from the virus and can be used as a backup to verify an antigen test. A state-funded lab in Valencia, California, processes those tests, which have a turnaround time of 24 to 48 hours and require handling and more administrative costs. They also require inserting swabs into back of the nose, which some people found discomforting. Although the state has cut the price significantly since the fall, they cost districts $21 per test.

Since the partnership with Primary.Health was announced on April 13, 16 districts, 24 charter schools or organizations and seven private schools have expressed interest, and several schools and districts have signed agreements for the testing program, the California Department of Public Health reported.

The pilot program, funded by the California Endowment, tested students twice a week in some elementary and middle schools in 11 districts that include Fresno, Redwood City, Compton and Oakland, and a few small districts, including La Honda-Pescadero in San Mateo County and McSwain Union Elementary in Merced County. Of the 27,000 tests given so far, only 0.2% came back positive, with 0.14% during the most recent two-week period, with inconclusive results in about 0.1% of the tests.

The California Department of Public Health recommends twice a week antigen testing, although it acknowledges districts may choose to cut back as the pandemic recedes. Even though infection rates may be low, the ability to show negative test results in less than a half-hour can provide reassurance to the school community, according to the department.

Ravenswood, a pre-K-to-eighth-grade district with 1,800 students, started antigen testing in February with the 200-300 students in learning hubs run by the nonprofit partners the Boys and Girls Club of the Peninsula and the 49ers Academy. It broadened when students with disabilities returned to school and this month when the first school campus reopened.

Testing is required for teachers, who have taken PCR tests under a separate program. Testing twice weekly was voluntary for students; staff from the Boys and Girls Club have been trained as testers to help out. The biggest challenge was to obtain consent from parents worried at first that the procedure would be painful, Waterman Roy said. The district is still collecting permission forms, but the “vast majority” of parents have consented, she said.

As of last week, 1,080 tests had resulted in no positive results, she said.

By May 4, all four district schools — three elementary and one middle — will be back full time, and each student will be tested once each week. A test takes only two minutes per child, but it would take 10 testers to process all children when they arrive at school, so soon testing will shift from classroom to classroom during the day using mobile carts.

It took a while to figure out how to go to scale. Waterman Roy’s advice to districts would be to start slowly. “We have learned so much from doing it,” she said. “Give yourself time. What we thought was the perfect schedule has taken iterations to get right.”