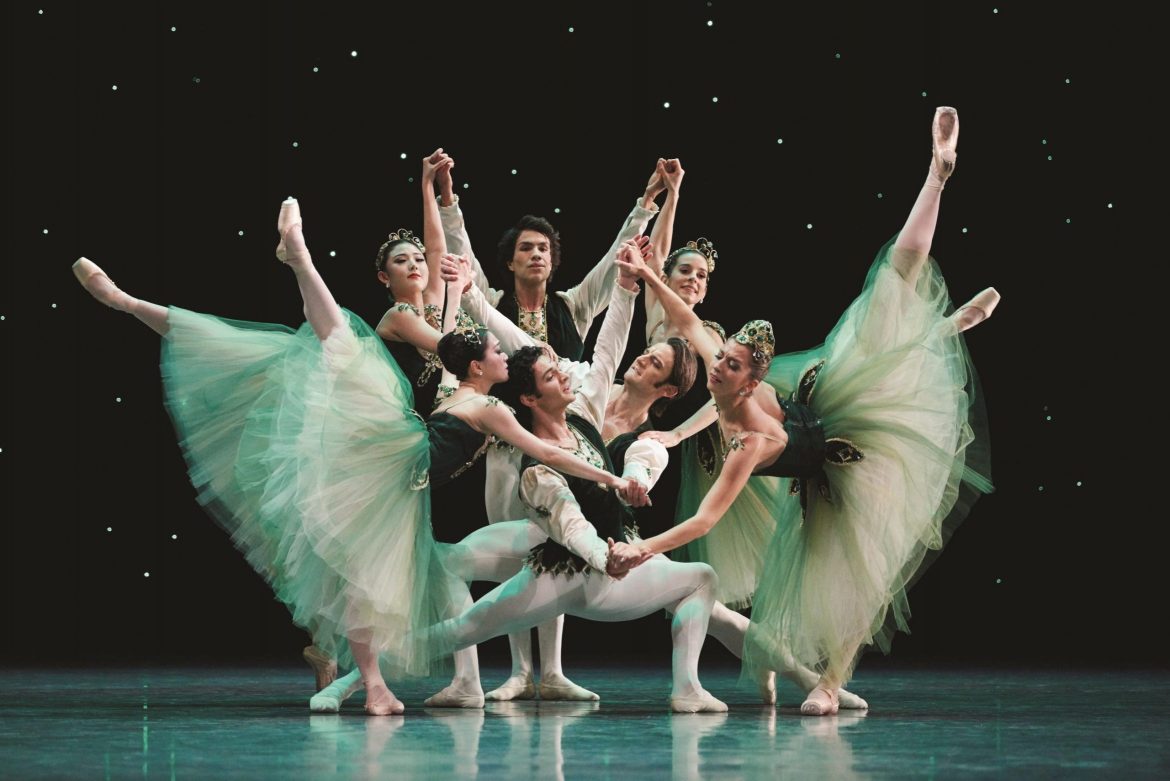 A cultural mash-up: San Francisco Symphony’s “Currents,” a series of streaming videos that explore the evolving options for modern-day orchestras, launches a particularly intriguing episode at 10 a.m. Thursday with “Thunder Song,” an examination of the intersection of classical and Native American music curated by composer and pianist Jerod Impichchaachaaha’ Tate, a member of the Chickasaw Nation of Oklahoma.

Tate, a composer whose multiple commissions have been performed by entities as diverse as the National Symphony, the Minnesota Orchestra, the South Dakota Symphony, the Colorado Ballet, Canterbury Voices and the Santa Fe Desert Chorale, also has an Emmy won for his work on the educational documentary, “The Science of Composing.”

Another fun fact: His music was recently featured on an episode of HBO’s “Westworld.” Individual tickets to the program are available for $15 at www.sfsymphonyplus.org, and it will remain accessible for repeat streaming indefinitely. To get an inkling of his style, check out a brief teaser here:

He will conduct and perform along with 17 SFS instrumentalists, Elder Thomas Leon Brown (a.k.a. Machuchuk) on vocals and clapper stick and Elder Ron Montez on traditional Pomo drum, introducing his own music as well as works by Rochelle Chester, Louis W. Ballard and a traditional Pomo song called “Hoy-Ya-A” (Shake Head Coming Out Song).

If they wrote it, she can sing it: Powerhouse soprano Christine Goerke, famed for tearing up many a stage as a Wagnerian Brünnhilde or Strauss’ Elektra, has a bit more variety in store for her upcoming recital, with pianist Craig Terry, on the Cal Performances at Home digital series.

Their professionally staged, full-length program, streaming at 7 p.m. Thursday, will offer gorgeous music by Handel, Brahms, Schumann, Mascagni and Richard Strauss — fairly heavy-duty operatic stuff, to be sure. But she is also sprinkling in some lovely Italian songs from Tosti, Cimara and Zandonai, Leonard Bernstein’s “One Hundred Ways to Lose a Man” from “Wonderful Town” and Cole Porter’s “Why Can’t You Behave?” from “Kiss Me, Kate.” And for kicks, she’ll throw in Carrie Jacob-Bonds’ delightful little song cycle from 1910, “Half-Minute Songs.”

Tickets, $15-$60, are available at calperformances.org/buy or (510) 642-9988, and the performance will be available for repeat viewing for three months after its debut.

Dynamic duo: Whether they are playing as a duo or in a full band, the Bay Area’s Misner & Smith represents the epitome of everything you’d want in an Ameicana act: evocative, storytelling songs, dazzling harmonies and crack musicianship. Sam Misner and Megan Smith first met as actors who crossed paths on the summer Shakespeare Festival circuit.

Two years later, they met again when both were cast in a touring production of the musical “Woody Guthrie’s American Song.” They discovered that they liked making music together and have been doing so for more than 15 years, releasing five albums and exploring folk, rock, country and many more genres. But what Misner and Smith really like to do is perform in concert, which is what you’ll get to see them do if you check into the Freight & Salvage website — thefreight.org — at 7 p.m. Saturday.

You can access the streaming show with a donation of $10 or more. Meanwhile, the Freight website will also carry an Easter-themed concert from gospel legends the Blind Boys of Alabama, streamed live from City Winery in Nashville, at 6 p.m. (PT) Friday. Tickets to that show are $18-$25.

Ballet & bling: San Francisco Ballet kicks off Program 04 of its 2021 digital season this week — and it’s a sparkly affair. “Jewels,” a three-part, evening-length impressionistic work by the legendary George Balanchine, was inspired by the iconic French jeweler Van Cleef & Arpels, and each of its three segments — titled “Emeralds,” “Rubies” and “Diamonds” — pays homage to dance styles from France, Russia and the United States.

The digital production streaming Thursday through April 21 features one segment, “Emeralds,” that was recently filmed in the War Memorial Opera House, the company’s home base, while the other two segments are from previously recorded productions. S.F. Ballet is dedicating the production to former ballerina and longtime dance director and stager Elyse Borne, who gained fame during her performing career for her mastery of Balanchine’s works. Borne passed away in 2019 while preparing the company for a new staging of “Jewels” that was to be performed in 2020.

Courting ‘Trouble’: San Francisco’s American Conservatory Theater recently announced its 2021-2022 schedule, which calls for a return to live performances early next year. In the meantime, however, you can catch several streaming productions, including Alice Childress’ explosive dark comedy “Trouble in Mind,” which is available as a streamed reading through Sunday.

Childress’ play, which centers on a mixed-race cast gathering to rehearse a play that seems to advocate a nuanced look at lynching, so accurately captures aspects of white guilt, cultutral appropriation and phony liberalism that it’s hard to believe it was written in the 1950s. According to ACT, the play was supposed to premiere in 1957 as the first Broadway production written by a Black woman, but nervous producers delayed the play’s opening because Childress refused to soften its tone.

Access to the play costs $5-$50 (depending on how many are watching) at www.act-sf.org. And at 2 p.m. Saturday, you can access a free, live discussion of the play’s newfound relevance presented by members of the Museum of African Diaspora and San Francisco’s director of cultural affairs, Ralph Remington.