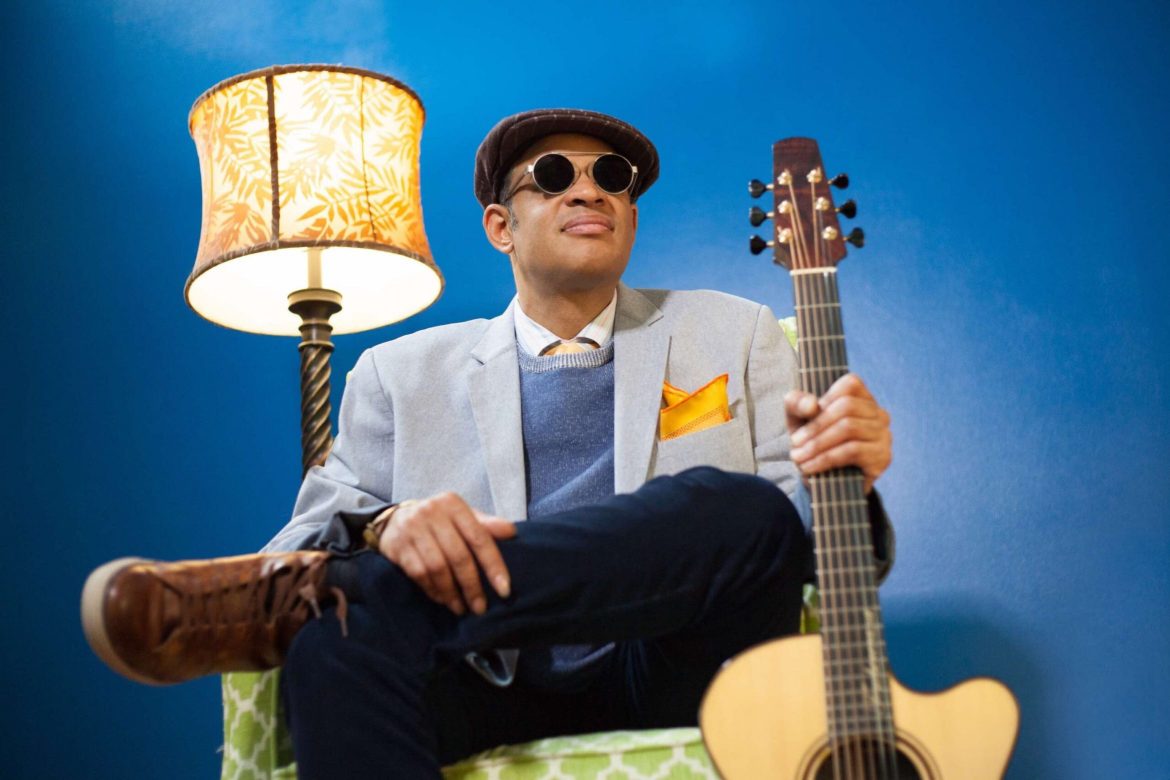 A pianist nonpareil: Prodigious talent abounds in the concert pianist world, but we can’t think of a single one, male or female, who surpasses America’s Jeremy Denk, an impressively cerebral artist whose gifts are enhanced by his warmth, his forthright engagement with his audiences and his humor.

Cal Performances will deliver us a big dose of Denk on their At Home digital series, beginning at 7 p.m. Thursday. On the program, which is full-length and professionally produced, is the entire Book 1 of Bach’s seminal “The Well-Tempered Clavier” (which Beethoven subsequently referred to as his “musical bible”).

Denk, who used to tend to a well-written, informative and frequently cheeky blog called “Think Denk,” has written about Bach’s music’s “intoxicating combination,” which he describes as a blend of the divine with the earthly beauty of logic and discipline. We expect Denk to tap into all of that, and his performance will remain accessible after ticket purchase ($15-$60) until July 14 of this year. Tickets are available at calperformances.org/buy or by phone at (510) 642-9988.

Still crazy after all these (seven) years: SoundBox, that adventurous, often offbeat and occasionally downright daring musical extravaganza launched by the San Francisco Symphony seven years ago (in a nightclub setting with cocktails!) has survived the pandemic quite well, thank you very much.

Its current season, all digital of course, mounts the third of seven offerings, all independently themed and curated, at 10 a.m. Thursday, with none other than Esa-Pekka Salonen, the new S.F. Symphony music director, at the helm. His multimedia program, “SoundBox: Patterns,” is an all-modern one featuring Steve Reich’s “Clapping Music,” Arvo Pärt’s “Spiegel im Spiegel,” Terry Riley’s seminal counterculture ’60s work, “In C” and the world premiere of Salonen’s own “Saltat sobrius: Fantasy upon Sederunt principes.”

The last part of Salonen’s title references a medieval motet by Perotin. But the first part, we’re tickled to note, is a partial quote from one of the most famous things the Roman poet, orator and lawyer Marcus Tullius Cicero ever said (while defending a politician for corruption, no less). “Nemo enim fere saltat sobrius, nisi forte insanit.” Or, roughly, “No one ever dances sober, unless he is insane.” We explain, because, in addition to the San Francisco Symphony musicians Salonen will be conducting and pianist Elizabeth Dorman, artists participating in “Patterns” include two LINES Ballet members dancing to choreography by company founder Alonzo King.

Tickets for the single episode, which will stream afterward indefinitely, are $15, available at sfsymphonyplus.org.

Blind since birth, Midon is blessed with a clear-as-a-bell tenor and impeccable, evocative phrasing, which he complements with his extremely nimble guitar work. Check out his NPR Tiny Desk concerts from 2018 and 2020, or his cover of John Coltrane’s “Giant Steps,” (all available on YouTube) to get just a taste of what he is capable of. No wonder artists ranging from Herbie Hancock, Stevie Wonder, Marcus Miller and Bill Withers (an obvious influence) to Snoop Dogg and Queen Latifah have collaborated with him. Midon received jazz-vocal-album Grammy nominations for 2017’s “Bad Ass and Blind” and 2018’s “If You Really Want.” His latest release, 2020’s “The Mirror,” features Latin, jazz-folk and even spoken-word pieces.

You can watch the show at 7 p.m. Friday at https://hammertheatre.com. Access is pay-what-you-can.

Drive-in theater: “The Waste Land” might seem like an appropriate description for the times we live in, but in this case we’re referring to T.S. Eliot’s 1922, 434-line epic work, considered by many to be one of the most important poems of the 20th century. And now it’s playing at a Bay Area drive-in.

Oakland Theater Project (formerly Ubuntu Theater Project) is presenting a multimedia adaptation at a makeshift drive-in stage at the troupe’s headquarters at Oakland’s FLAX Building on Martin Luther King Jr. Way. Those who know the play can understand that it makes a challenging script. Its five sections are a blend of stories, points of view, literary allusions and deep dives into philosophy.

Oakland Theater Project’s adaptation of the poem, created by John Wilkins and performed by company associate artistic director Lisa Ramirez, presents the poem in its entirety, accompanied by video projections. The hour-long show — which viewers take in from their cars, with sound piped in through FM radio — is playing through May 16. Tickets are $25-$50; go to www.oaklandtheaterproject.org.

Streaming poetry night: April is National Poetry Month, and the folks at The Marsh know it would be harsh to leave you parched (for poetry). And that’s the last rhyming joke we’ll use in this item, we promise.

The point is, on Saturday The Marsh, which during the pandemic has served up streaming plays, health and fitness presentations and even bingo games, is serving up a show titled “April Showers. Streaming Poets,” as part of the Solo Performer Spotlight. It features Clyde Always, a cartoonist, writer and vaudevillian performer; Gillian Conoley, a California Book Award finalist; Thea Matthews, a queer Black Indigenous Mexican poet; and Christine No, a writer and filmmaker; performing selected works, followed by a roundtable discussion headed by Marsh founder and artistic director Stephanie Weisman.

You can catch the presentation at 7:30 p.m. Saturday at themarsh.org. Access is free, but donations are encouraged.