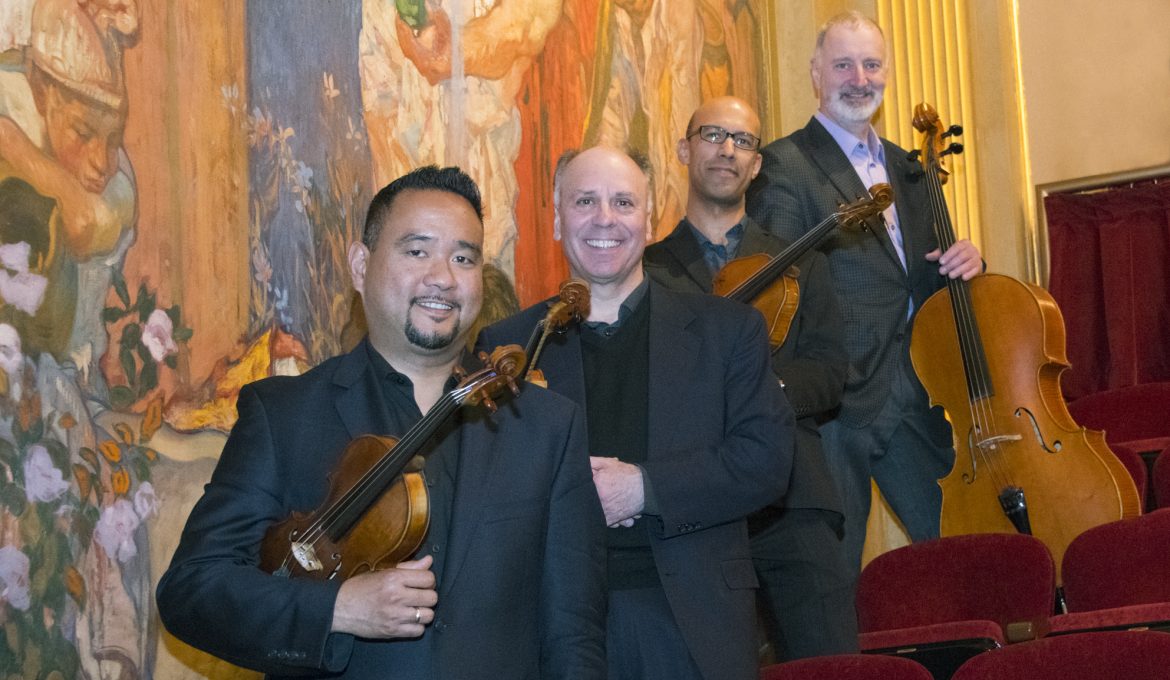 An historic in memoriam: To commemorate the horrific event that swept through a neighborhood of Tulsa, Oklahoma, in May of 1921 and took the lives of at least 300 Black residents, the Tulsa Opera has commissioned and produced “Greenwood Overcomes,” an operatic extravaganza featuring 23 songs and arias by Black composers, including eight world premieres, sung by eight prominent Black opera singers. The Tulsa Race Massacre, the most heinous event in the city’s history, recently reimagined for the harrowing opening scenes of the multiple Emmy Award-winning HBO series, “Watchmen,” took place in the largely middle-class section of Greenwood, also known as “Black Wall Street.”

The Saturday and Sunday concerts will be ticketed events for socially distancing residents of Tulsa, but the opera company has generously opened up the first performance on Saturday to the rest of the world, with a free digital stream that will take place for Bay Area attendees at 5:30 p.m.

They will be performing works by 2020 Pulitzer Prize winner Anthony Davis, Haitian composer David Bontemps, pianist-composer Stewart Goodyear, composer-conductor James Lee III and Florence Price Award-winner Nkeiru Okoye. Davis’ aria, “There Are Many Trails of Tears,” is from his forthcoming opera, “Fire Across the Tracks: Tulsa 1921.”

We here can tune in to the livestream at www.TulsaOpera.com; it will remain available for viewing through May 31.

A deep dive into Dvorak: Those of us who love the gorgeous music Czech composer Antonin Dvorak produced, some of it inspired by his sojourn here in America in the late 19th century, will be especially pleased with the Lafayette-based Gold Coast Chamber Players’ next concert.

Premiering digitally at 7 p.m. Saturday and remaining online for a full week afterward, “Dvorak’s America” will deploy the Bay Area’s beloved ensemble, the Alexander String Quartet, along with Native American flutist Mary Youngblood, soprano Michele Kennedy and GCCP founder Pamela Freund-Striplen and her viola on a program that includes Dvorak’s “American” quartet and the similarly named quintet, plus a number of the African American spirituals that the composer so admired while he was here. The program will conclude with “Goin’ Home,” the famed melody from Dvorak’s “New World Symphony” that was transformed into a spiritual by William Arms Fisher.

Splashing in ‘The Waves’: Virginia Woolf’s 1931 novel “The Waves,” with its structure of six soliloquies by six different characters combining to create something of a composite personality and consciousness, might seem an odd choice for a stage adaptation. But three decades ago, Lisa Peterson (book) and David Bucknam (music and lyrics) turned the novel into a chamber musical that received a short if well-received run in New York.

Bucknam tragically died by suicide in 1998, but 20 years later, two of his students, composer Adam Gwon and actor Raul Esparza, teamed with Peterson to revive “The Waves” at New York Stage and Film, an acclaimed theatrical incubator of which Johanna Pfaelzer was artistic director. Now Pfaelzer is artistic director at Berkeley Repertory Theatre, which this week begins streaming a new, pandemic-themed revival, “The Waves in Quarantine.”

The new show — which blends chorale music, monologues, cinematography by Zelmira Gainza and portions of Woolf’s original text — was created by Peterson, who directs, and Esparza, who is one of six performers. “Waves in Quarantine,” described as a six-part movie with music, premieres Thursday, and will be available through May 28.

There are livestreamed events May 6 including interviews with cast and crew. Access is free at www.berkeleyrep.org.

Life’s lessons: Mark McGoldrick’s life seems tailor-made for a stage show — and he has proved it. He was an angry, rebellious teen when an accident left him paralyzed and using a wheelchair. He pieced his life together, graduated from Harvard Law School and now works as an assistant public defender and legal advocate in Alameda County, often representing people of color and the poor.

McGoldrick’s also a pretty darned good writer and performer, and he has indeed created solo shows based on his life and the observations of society he has developed over his career. One show, 2007’s “Countercoup,” focuses on his accident and its aftermath. Now McGoldrick is reviving “Countercoup” as a four-part show that will stream via The Marsh performance venue in San Francisco.

Part 1 streams 7:30 p.m. Saturday and 5 p.m. Sunday. The followup chapters will stream June 5-6, July 3-4 and Aug. 7-8. Each segment includes a Q&A with Marsh founder and artistic director Stephanie Weisman. All performances are free, but donations are encouraged. Go to themarsh.org

A shot of the blues: Bay Area singer Pamela Rose is a spirited and talented singer who is equally comfortable dishing out classics in jazz, swing and blues. She’s also got a thing for music history, having developed two multimedia music revues over the years — “Wild Women of Song,” which celebrates female singers and musicians in the Jazz Age and Tin Pan Alley era; and “Blues Is a Woman,” which pretty much covers the territory its title implies.

At 7 p.m. Saturday, Rose will perform a celebration of blues women, backed by her bandmates from the “Blues Is a Woman” show — Pat Wilder on guitar, Daria Johnson on drums, Ruth Davies on bass and Jennifer Jolly on piano.

The show will be streamed by Berkeley’s Freight & Salvage. A donation of $10 or more gets you access. Go to thefreight.org.