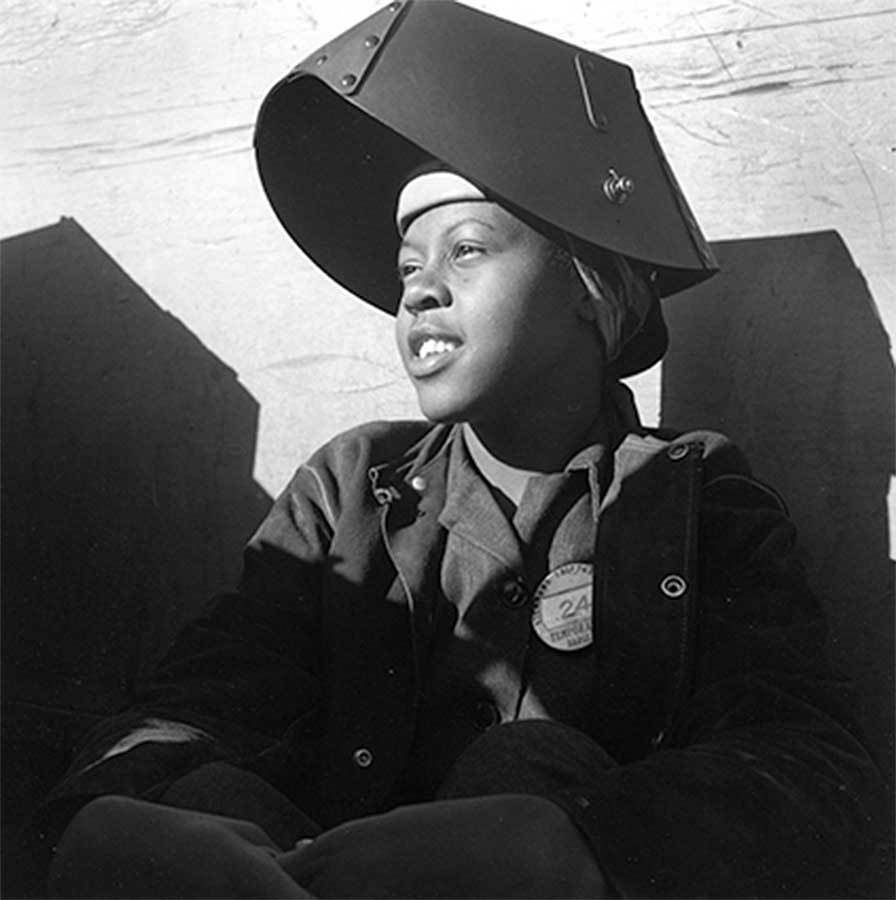 Dorothea Lange's World War II portrait of a worker at the Kaiser Shipyards in Richmond is among the images featured in a collection of the photographer's works at the Oakland Museum of California. Lange and five other women of the arts are highlighted in the museum's virtual exhibition honoring Women's History Month. (Photo by Dorothea Lange, courtesy of Oakland Museum of California/Twitter)

The Oakland Museum of California is celebrating Women’s History Month, highlighting the works of women artists by making available a collection of virtual exhibits.

Although the museum remains closed during the COVID-19 pandemic, museum officials have curated online exhibits celebrating a diverse collection of women artists.

The artists the museum is featuring include:

• Photographer Dorothea Lange, who played an important role in humanizing the impact the Great Depression had on America;

• Mine Okubo, who drew and painted about her experiences in an internment camp during World War II;

• Helen Nestor, a documentary photographer who specialized in recording the political and social changes of the 1960s in California;

• Favianna Rodriguez, an interdisciplinary artist, cultural organizer and political activist based in Oakland;

• Hung Liu, known for paintings based on historical Chinese photographs, which often challenge the documentary authority of history and uncover cultural and personal narratives;

• Faith Ringgold, a painter, writer, speaker and performance artist known for her activism in the New York City art world in the 1970s and for bringing attention to the lack of women artists represented in major museums and galleries.

Links to virtual collections for each artist are available on the museum’s website.