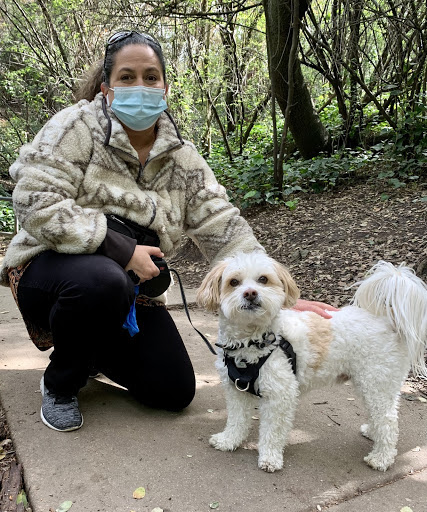 Family: The Gardners: Lisa, Jim, and daughters Kyra and Ginger

Adoption Story: His owners surrendered him two years ago, so he was five when we got him. My friend was fostering him and he had received 50 applications or so. He was house-trained and we were really lucky that we snagged him.

Likes: He likes treats from Auntie Stephanie (Lisa’s sister) who is kind of a second mom, and he likes to bark. He’s known around here as the fun police, or at least I call him that. He’s totally harmless but he comes up barking because he doesn’t like other dogs having fun.

Dislikes: He dislikes his cat siblings.

Interesting Facts: He thinks he’s bigger than he is.

Anything else? I’ve seen other “Who’s that Good Dog?” articles in The Exedra and I was joking that Bo is too bratty to be in it. Overall, though, he’s really sweet and is a welcome addition to the family.