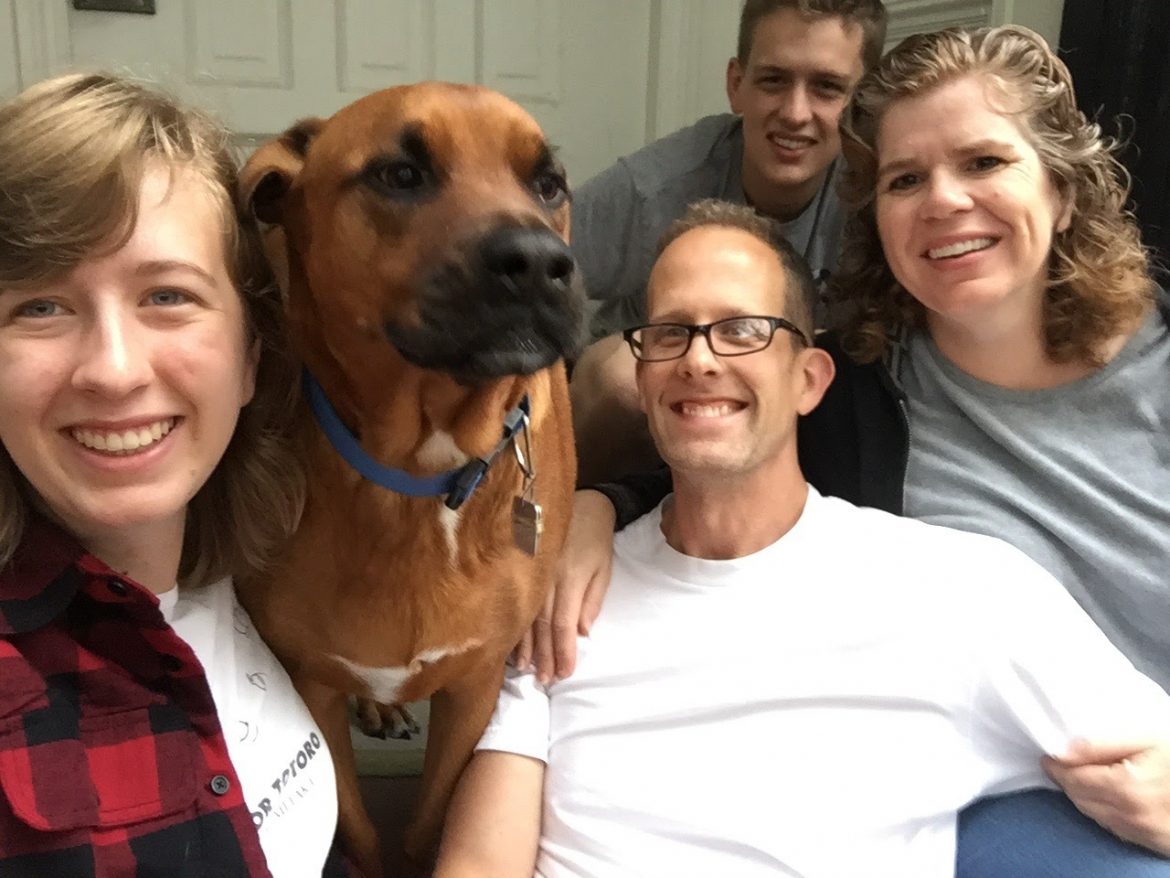 Age: Best guess is somewhere between 8 and 11, but since he’s a rescue, we don’t know exactly.

Breed: He’s 75% Rottweiler, with 25% American Staffordshire Terrier-German Shepherd. Or, as a woman we met on a walk said, he’s an Oakland Terrier.

Adoption Story: We went to the Milo Foundation in Richmond. The first day we visited, we were torn between two dogs and thought we’d sleep on it before deciding. But in the rarest of shelter stories, both of those dogs were adopted later that same day. Milo assured us they had one new guy coming in, and when we turned the corner to go to the back, he was the first dog we saw, and we all started laughing at his pigeon-toed stance and floppy side tongue.

Likes: Food, red octopus friend (all his toys are referred to as his friends), food, laying in the sun, food, sleeping in, food.

Interesting Facts: We chose the name Moochie before we got him, after one of the child actors of the 1950s who was often on the Mickey Mouse Club (Kevin Corcoran).

Anything else? His name at Milo was Tater Tot, which is really a better description of what he is.