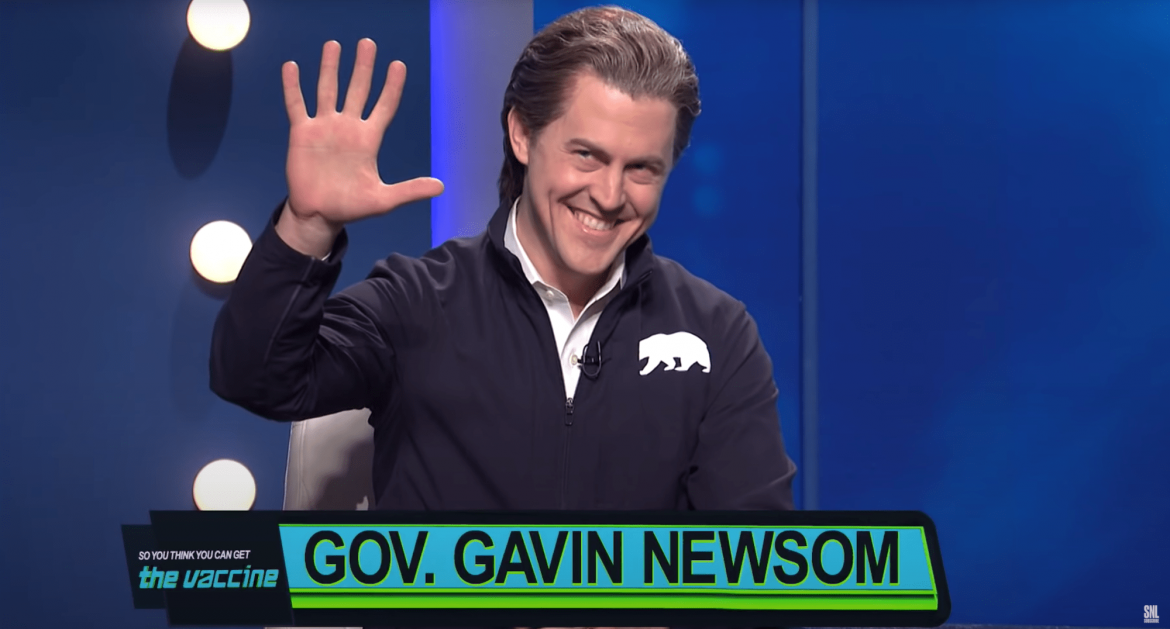 Gov. Gavin Newsom was skewered in this weekend’s episode of Saturday Night Live for dining at the French Laundry and for California’s chaotic vaccine rollout — adding to growing national criticism as he fends off a potential recall.

In SNL’s opening skit, Dr. Anthony Fauci, played by Kate McKinnon, hosts a game show called “So You Think You Can Get the Vaccine.” She describes Newsom, played by Alex Moffatt, as being “hated by every single person in California except for those 10 people he had dinner with in Napa that one time.” When asked how things are going in California, Moffatt, who is wearing the governor’s signature bear-emblazoned jacket, responds, “Teeth: White. Body: Tight. COVID: Pretty bad.”

The skit also lampooned Michigan Gov. Gretchen Whitmer and New York Gov. Andrew Cuomo, whose name has appeared alongside Newsom’s in a slew of recent headlines characterizing the two men as fallen Democratic stars. Cuomo — facing numerous allegations of sexual harassment as well as accusations that he obscured the number of coronavirus-related deaths in nursing homes — is in hotter water than Newsom. But Newsom continues to be haunted by the nearly 4-month-old specter of the French Laundry, as well as widespread frustration over business and school closures and unemployment fraud. He’s also facing pushback for holding recent press conferences inside shuttered restaurants.