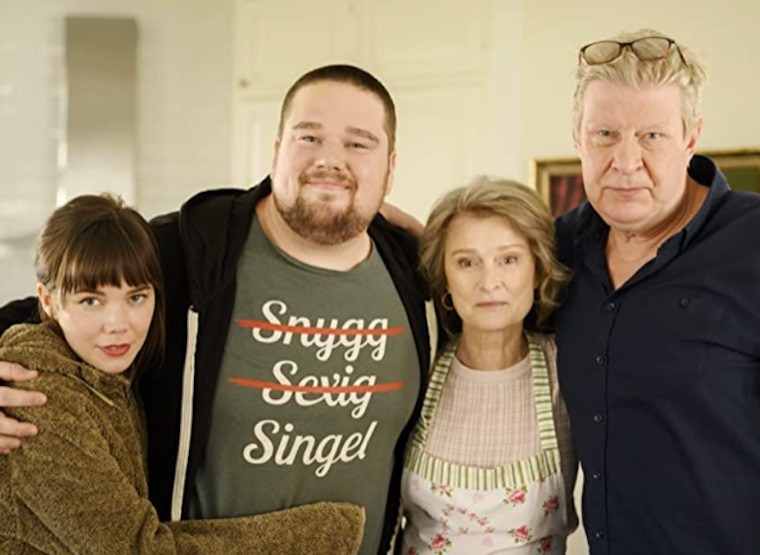 For its 2021 celebration of film, wine and food, the Sonoma International Film Festival digs deep into its vintner roots, with some selections that focus on vineyard matters.

Starting Wednesday and running through Sunday, the festival offers a generous pour for all film and wine lovers. The selection includes more than 100 movies and shorts.

Much of the festival, of course, will take place online. But there are a few drive-in features, including the opening night selection, the Hitchcockian-like thriller “Six Minutes to Midnight” starring Eddie Izzard and Judi Dench. It will screen at the Sonoma Skypark, 21870 Eighth St., in Sonoma.

In addition to the film lineup, there will be a cooking demonstration and a virtual wine tasting. Here some of the Sonoma International Film Festival highlights.

“A Perfect Vintage”: Palo Alto native Troy Christian’s documentary basks in the splendor and revels in the details of the area’s thriving wine industry, inviting us along to meet some of its players — Angelina Mondavi; Ron Haber; the late George Rubissow and his son, Peter; Elizabeth Vianna; amongst others. They speak about the rewards and challenges of being vintners and about one of the region’s most remarkable winemaking years — 2013. If you are a true wine connoisseur or subscribe to Wine Spectator, “A Perfect Vintage” is a must.

“Chasing Childhood”: Whatever happened to recess and free play? For many schoolchildren, it’s all but been replaced by rigid schedules. That’s created a critical problem, directors Margaret Munzer Loeb and Eden Wurmfeld relate in this absorbing, relevant documentary. “Chasing Childhood” reflects how adults demand too much from children — creating a system where perfection is paramount and failure to live up to those expectations often is debilitating. The film backs those points up. From an author/former Stanford University freshman dean talking about the trap of pursuing academic superiority to a journalist/author who experienced a backlash when she allowed her young son to ride the New York subway alone, “Childhood” makes a strong case for encouraging playtime to stimulate teamwork and creativity. Parents, educators and students shouldn’t miss it.

“The Dirt Whisperer”: Brian and Shelby Vagg’s journey to a country lifestyle follows a similar but not identical trajectory as the couple in the 2018 indie hit “The Biggest Little Farm.” But it diverts in key ways. Giorgio Litt’s hourlong exploration of how this couple became strong advocates for using nonchemical products in soil will likely convert you, too.

“My Father Marianne (Min Pappa Marianne)”: This hit from Sweden makes for quite a pleasant surprise in the narrative feature lineup. Mårten Klingberg’s compassionate dramedy about a pastor father’s odyssey into discovering that he is trans stars Rolf Lassgård from the film version of “A Man Called Ove” in the lead, and he’s simply delightful. So is this comforting family-focused feature that draws its inspiration from the memoir “My Father Ann-Christine: The Memory of a Secret” by Ester Roxberg. Klingberg’s adaptation takes an understanding appreciation to all family members as they get to know and understand Marianne, in particular daughter Hanna (Hedda Stiernstedt). There are genuine laughs, but none at the expense of its characters.

“Death of a Ladies’ Man”: Gabriel Byrne gives a career-capping performance as a philandering professor and alcoholic who starts flirting with death. That writer/director Matt Bissonnette pairs Samuel O’Shea’s metaphysical plunge, which includes visits from his dead dad (Brian Gleeson), with the music of Leonard Cohen is one of the pleasures in this spirited reminder that we all deserve second chances and need to act upon them before it’s too late. A subplot intended to be a surprise falls flat though.

* Individual tickets cost $5 per screening while opening and closing night selections are $15. Drive-in tickets cost more. To order tickets and for a full lineup, visit https://sonomafilmfest.org.