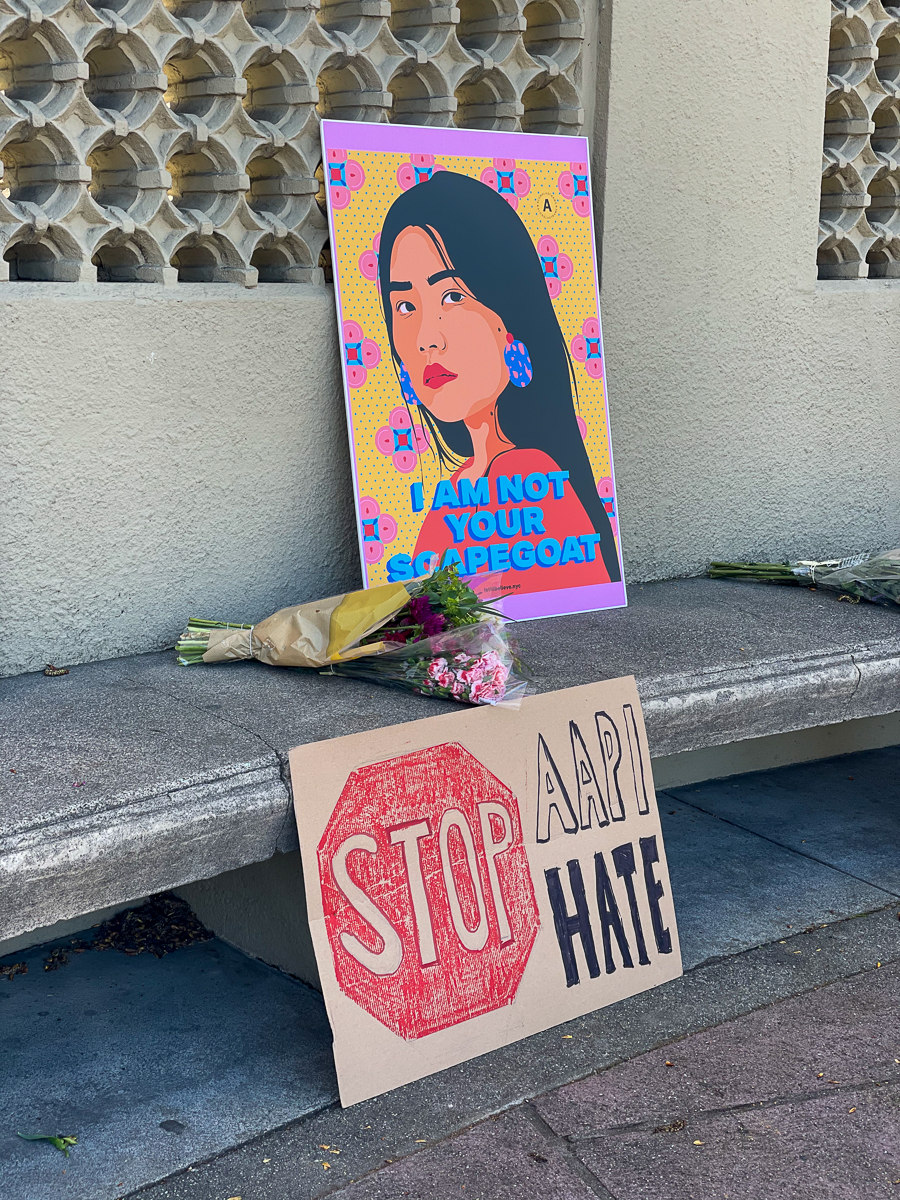 The Piedmont Racial Equity Campaign (PREC) and Piedmont Asian American Club (PAAC) are marking “StandWithAsians” day on March 26 by creating a pop-up “Solidarity Wall” at the Piedmont Exedra plaza in the center of town to show support against anti-Asian violence happening across the country.

On March 16, eight people died in a series of mass shootings in the Atlanta area. Closer to home, there’s been a surge of violent attacks against Asian Americans in Oakland, San Francisco, and other Bay Area cities.

The weekend event is about giving space to voices who needed to be heard, said Diana Lee and Irene Cheng, two of the founders of Piedmont Racial Equity Campaign.

“While there are protests and marches happening in other cities, we felt it was important to do something here in Piedmont,” they said in a statement to the Exedra. “Staying silent is no longer an option, and we felt this display of solidarity and support in the middle of the town center was a good way to allow the community to engage, and to build awareness to what’s been happening for far too long.”

You can leave notes, signs of support and protest, and flowers to commemorate the victims of senseless attacks and violence against Asians in this country. The wall will come down on Sunday at 5 p.m.

Thanks to PAAC for submitting these photos from Friday, March 26