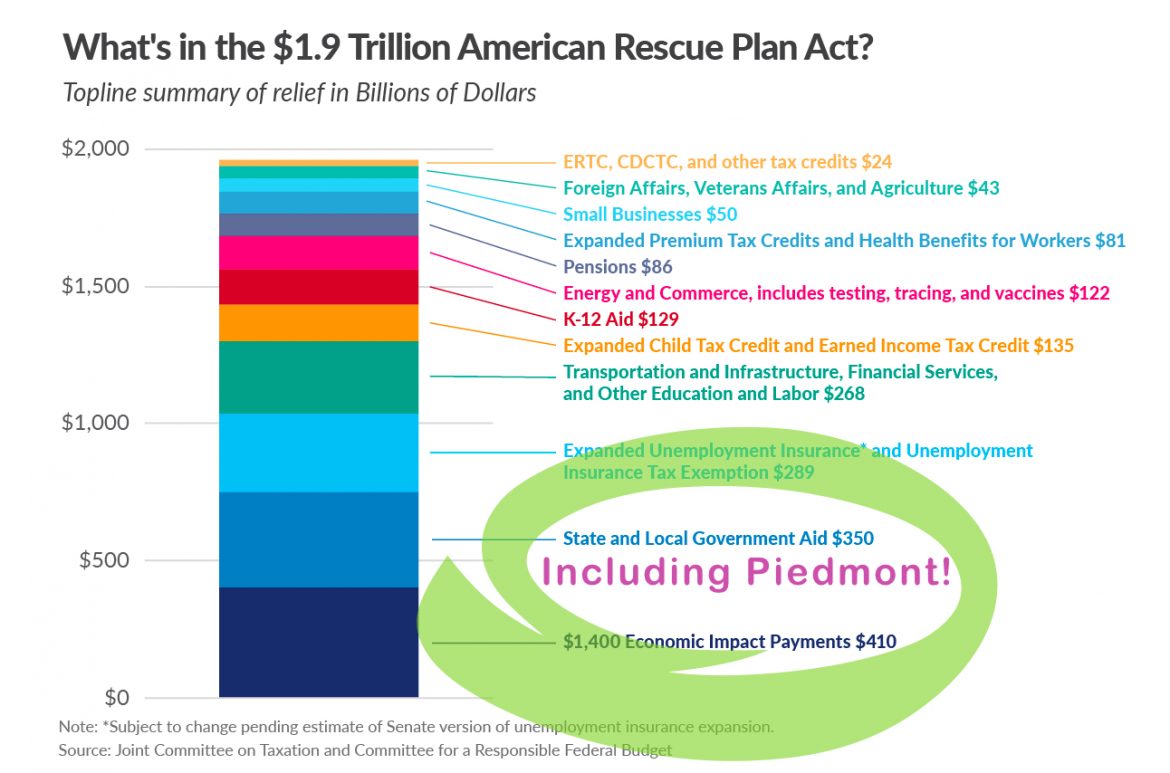 Piedmont's allocation is but a tiny part of the $350 billion in state and local aid that is part of this COVID-19 relief package.

The City of Piedmont is tentatively set to receive $2 million as part of the massive state and local aid package that is part of the $1.9 trillion American Rescue Plan Act of 2021, which was signed into law Thursday by President Joe Biden.

That Piedmont figure is but a tiny part of the $350 billion in state and local aid that is part of this COVID-19 relief package.

According to a press release Friday from the League of California Cities, “This means all cities, regardless of size, will get relief to fight the pandemic and help our local economies recover. The funding can be used for a variety of purposes, including revenue replacement.”

The details of how cities can use this money are still unfolding. In an email Monday, Piedmont City Administrator Sara Lillevand said she is scheduled to attend a briefing Tuesday at which local government officials will receive information on these Rescue Plan Act funds, including an overview on what the money can be spent on, when cities can expect to see the money and requirements for how cities must report on various aspects of the money.

“It’s safe to say we will be tracking carefully as it relates to Piedmont’s potential allocation,” Lillevand said Monday.

In a statement Friday, U.S. Rep. Barbara Lee, D-Oakland, said the relief package will help millions of Americans that have been devastated by the pandemic, including by the economic damage it has caused businesses and local governments.

Because most of Piedmont’s revenue base is related to its residential tax income, and not from sales taxes or tourism, Piedmont’s has withstood the COVID-19-related economic turmoil better than has wracked most regional city and county budgets.

But the money, of course, will be welcome nonetheless.

Lillevand made mention at Monday night’s City Council meeting of the federal relief allocation expected for Piedmont, though she didn’t mention the $2 million figure.

It was another bit of good news connected with the pandemic. Interim Fire Chief Michael Despain told the City Council Monday night that 37 percent of Alameda County residents 16 or older have now had at least one COVID-19 vaccine, and that live (if limited) crowds figure to be at the Oakland A’s home opener next month. Others noted that infection rates are falling, that the county could be into the less restrictive “orange tier” within a few weeks, and that with Piedmont students back in local schools “has brought a new energy to the city.”

“We may have even better news down the road,” Despain said.