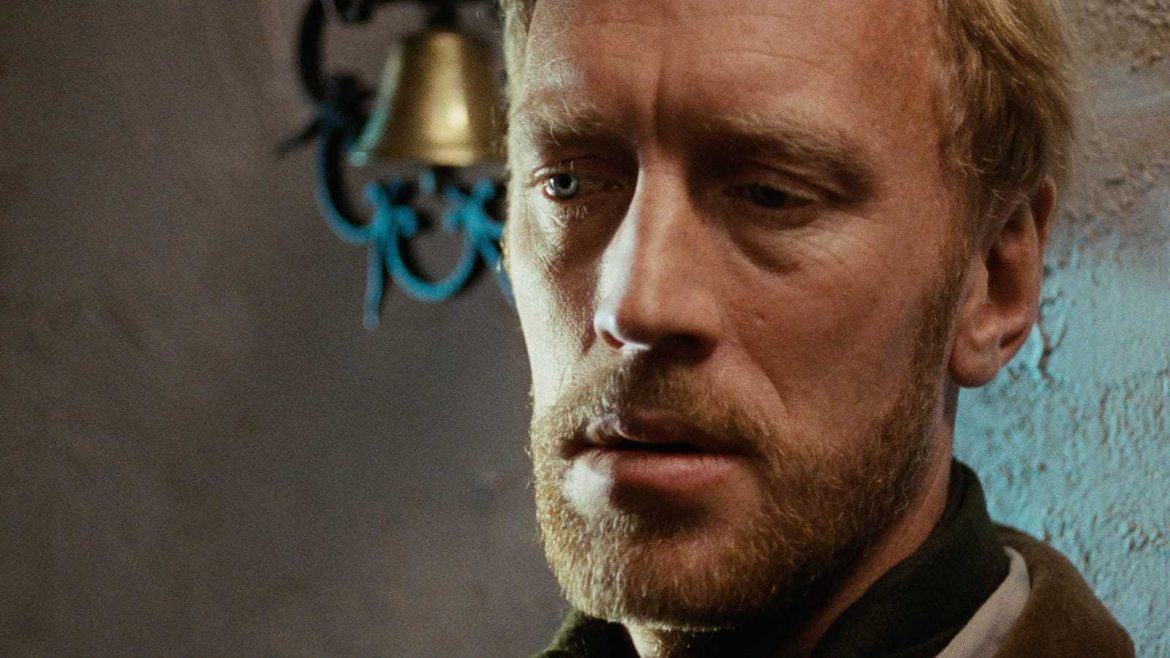 The late Max von Sydow battled the devil in America in “The Exorcist” and entered the royal nest of backstabbers on HBO’s “Games of Thrones,” but it was his collaboration with the legendary filmmaker Ingmar Bergman amongst others that led him to give his most masterful performances.

About one year after von Sydow’s death at age 90, the striking Swedish actor’s work gets celebrated in the six-film retrospective “Max von Sydow: The Best Stradivarius,” a joint venture of the Berkeley Art Museum and Pacific Film Archive, the California Film Institute and the Consulate General of Sweden. The program begins streaming Friday and runs through April 30.

The films selected are: “The Magician,” “The Emigrants,” “Pelle the Conqueror” (a performance that landed him one of two Oscar nominations), “The Passion of Anna,” “Hour of the Wolf” and “The Seventh Seal.”

Cost to watch the six films and four livestream conversations is $60. For BAMPFA or CFI members, it’s $45. Individual rentals: $15, $12 members.

This week’s Pass the Remote revisits two of the films in the series along with other choice pickings around the Bay Area.

“The Seventh Seal”: Bergman’s 1957 classic is regarded as one of filmmaking’s finest feats,  and justly so. Not only does this surreal chess match between Swedish knight Antonious Block (von Sydow) and Death (Bengt Ekerot withstand the test of time, but also it is shockingly just as relevant and revelatory, even though it’s set during the Black Plague era. It’s also darkly humorous at times. Filmed in black-and-white, Bergman takes us on a Canterbury-esque journey with Block encountering a group of rascally traveling actors and dubious townsfolk. All the time noble Block thinks he’s outwitting Death. Guess who comes out the winner?

“Hour of the Wolf”: One of von Sydow’s best and most risky performances can be found in Bergman’s seriously messed-up portrait of an artist husband gone mad and a wife realizing her marriage is built on a bed of lies and deceit. Bergman freaks us out with innuendo as well as full-out depravity with sleep-deprived Johan (von Sydow) caving to his slippery id that is festering with unresolved issues about sexuality, sex and stability. The creepy inhabitants of an estate on a remote island where he and his wife, Alma (Ullmann), dwell further nudge him closer to the cliff edge of sanity. There’s a lot to unpack in this R-rated 1968 headtrip, which was originally panned by critics, but is now regarded as one of the best horror films ever made. It is just that.

“Keep an Eye Out”: If all that fumbling into the dark corridors of splintered minds creeps you out, try this absurdist French flambe from Quentin Dupieux. It opens with a guy in red undies conducting an orchestra in a field and ends with a twist you’ll never see coming. I repeat, never. Most of this short comedy (73 minutes) remains locked up in a police station where a cop (the hilarious Benoit Poelvoorde) is trying to confuse the truth out of a suspect (Gregoire Ludig), an eccentric guy who found a man dead in a puddle of blood and then promptly went back to bed. You haven’t seen anything quite like this. (Available to stream March 5 at https://www.roxie.com/keep-an-eye-out/ and https://rafaelfilm.cafilm.org/keep-an-eye-out/)

“Test Pattern”: Shatara Michelle Ford is destined to become a force in the future of filmmaking. Their debut feature is understated and intelligent, raising tough questions about race, inequity in health care and the treatment of sexual assault survivors. “Test Pattern’s” synopsis might make you want to steer clear, but trust me, it’s made with honesty and care and not one second of exploitation. It begins with Renesha (Brittany S. Hall) meeting/dating tattoo artist Evan (Will Brill) and then leads to her first day on a new job. Renesha, who is Black, and Evan, who is white, have recently moved in and are settling in for dinner together when her bestie calls and persuades her to go out for drinks. As the evening progresses, two suave guys at the bar circle, and one then drugs Renesha. She wakes up in bed with him, and thus begins an ordeal that sends Renesha and Evan throughout the Austin area searching for a rape kit at hospitals. Ford tells an important, nuanced story in a relatively short span with “Test Pattern” striking out to show the complicated, buried sentiments about race and gender that rise to the surface during times of crisis. (Available to stream now at https://roxievirtualcinema.com/main/test-pattern)

“Stray”: Elizabeth Lo’s telling documentary introduces us to three attentive canines that roam the streets of Istanbul, a city that allows them free rein. It’s hard not to fall for the charmers, but what might seem as easy bait for dog lovers is anything but, as Lo suggests how their four-legged wanderings mirror the reality of a band of young Syrian refugees who also don’t have a place to call home and who befriend the dogs but not many humans. (Available to stream March 5 at https://rafaelfilm.cafilm.org/stray/ and https://roxievirtualcinema.com/main/stray  and https://www.rialtocinemas.com/index.php?location=elmwood&film=2021_stray_elm)