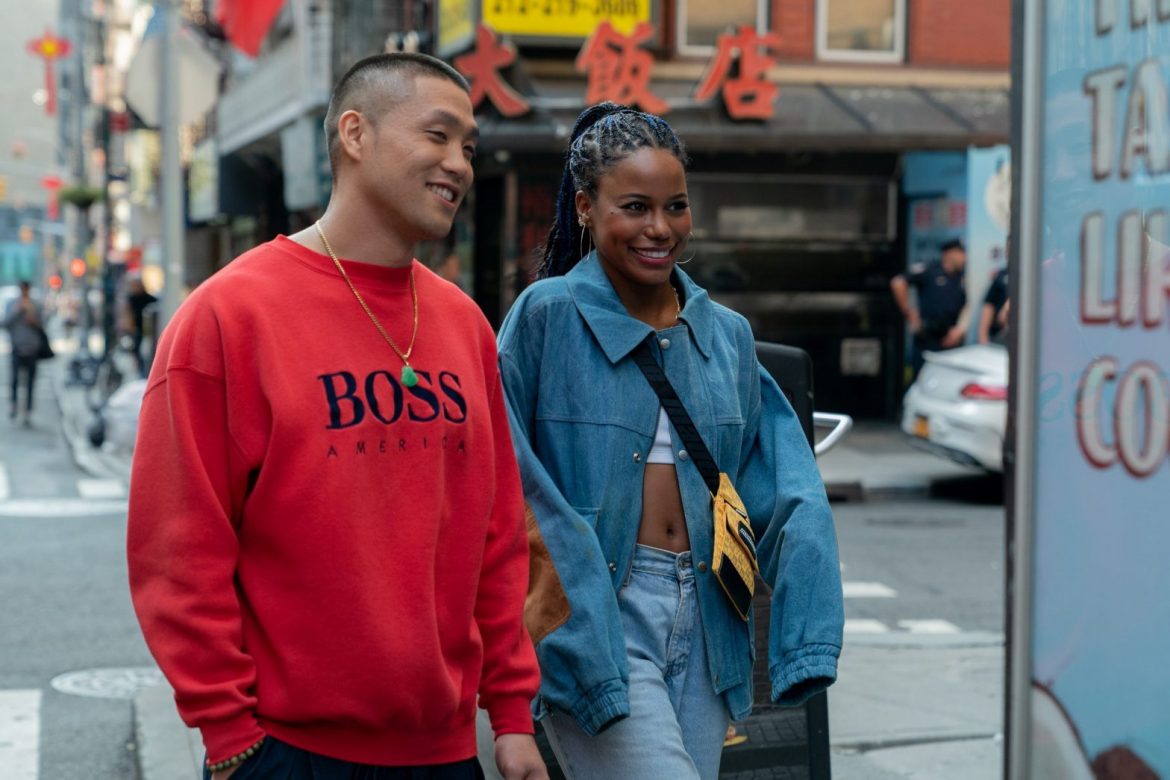 While only a few Bay Area movie theaters are opening their doors for limited-size viewings, the options for staying at home to stream or heading to the drive-ins are endless.

Here are a few:

“Coming 2 America”: Former Vallejo resident Craig Brewer helms a passable sequel to Eddie Murphy’s mega-hit, 1988’s “Coming to America.” The best parts are the striking costumes by Oscar-winning “Black Panther” designer Ruth E. Carter, the spirited presence of former “Saturday Night Live” comedienne Leslie Jones, who scores the biggest laughs, and the go-for-broke performance from Wesley Snipes as General Izzi, rival of Akeem’s (Murphy). Brewer does deserve points for spending more time in Zamunda — the homeland of Akeem, where his family lives. While the upgrade to Zamunda makes the fantasy-tinged nation more fully realized, the plot is threadbare, with Akeem bringing back a potential heir (Jermaine Fowler) and his mother (Jones) to Zamunda. (Available now on Amazon Prime.)

“Boogie”: The East Bay also gets represented in an almost-there basketball coming-of-age drama from Eddie Huang, best-known for penning his bestseller “Fresh Off the Boat: A Memoir,” inspiration for the TV series. Alameda native Taylor Takahashi stars as the titular character, a cocky Brooklyn-area teen who is on the cusp of receiving a basketball scholarship. Huang’s film is a mixed affair; a slam dunk when it focuses on Boogie’s budding relationship with Eleanor (Taylour Paige) more than when it’s tending to the rivalry on the court between Boogie and Monk (late music artist Pop Smoke). Boogie’s unhappily married parents (Pamelyn Chee and Perry Yung) make for compelling characters, but you only wish there was more time spent with them and with Eleanor. Takahashi, though, is a talent to watch. (Now playing at some drive-ins and in select theaters.)

“Sun Children”: Come Monday, the list of Best International Feature nominees narrows from 10 to five. The good news is you can catch the majority of the original 10 Oscar contenders via the Rafael Film Center’s “For Your Consideration” streaming program. Here’s one not to miss. Majid Majidi’s moving feature hasn’t received the push others have, but it’s a must. The tender tinkering of the ageless children’s story trope about the treasure hunt comes with a searing message about the exploitation of unhomed Iranian youths surviving on city streets. The 12-year-old Ali (the expressive Roohollah Zamani) leads a Dickensian crew as they go to school and try to find the treasure below. Majidi always draws out terrific performances from his young cast, and this is one of his best films. (Now streaming at https://rafaelfilm.cafilm.org/international-short-list-2021/.)

“A Concerto Is a Conversation”: Speaking of the Oscars, another category whittling down Monday is for Best Live-Action Short Documentary. A gem you can watch for free is this 13 minutes of goodness from the New York Times Op-Docs. Co-directors Ben Proudfoot and composer Kris Bowers reflect on the road paved by Bowers’ 91-year-old grandfather Horace. Kris Bowers retraces the life of his grandfather, from enduring hatred and racism in Florida to his coming to Los Angeles and setting up a dry-cleaning service. It’s a loving tribute, and with cameras honing in on the faces of both men, a most intimate portrait of a resilient Black man and quiet hero. (https://www.nytimes.com/video/opinion/100000007461606/a-concerto-is-a-conversation.html?playlistId=video/op-docs)

The Lark Drive-In: A fresh crop of cinematic favorites blossom this spring, summer and part of fall at the Corte Madera drive-in. “Star Wars: Episode IV — A New Hope” kicks off the area’s outdoor screenings on March 18. The lineup is (mostly) family-friendly fare. Here’s what will be showing through mid-April: “Airplane,” March 19; “Frozen,” March 20; “Forrest Gump,” March 25; “Babe,” March 26; “Ratatouille,” March 27; “The 40-Year-Old Virgin,” April 1; “Wall-E,” April 2; “Cloudy With a Chance of Meatballs,” April 3; “Pretty Woman,” April 8; “Guardians of the Galaxy,” April 9; “The Sound of Music,” April 10. The program will run through November. Showtimes, for now, will start at 8:30 p.m. Cost is $30 per car, $15 per individual. For more information and to purchase tickets, go to http://larktheater.net/movie-category/special-events/larkdrivein/.